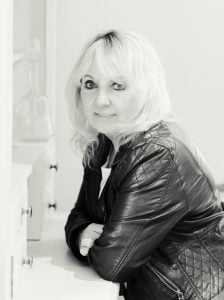 Dee Anderson was brought up in a world of celebrity and entertainment. She is the daughter of legendary Gerry and Sylvia Anderson – creators of Thunderbirds and a host of iconic children’s television programmes

Dee was trained in Performing Arts at E15 Drama School and went on to take part in film, theatre and television productions as an actress and singer.

In recent years Dee has released two Jazz albums receiving critical acclaim and has just written a musical which is being piloted by Stagecoach Theatre Arts.

Dee has also produced and directed award nominated corporate videos and documentaries for bluechip companies such as Nat West, The Body Shop, The Nightingale Institute to name but a few.

Dee is also an established writer and publisher and launched Glotime.tv which has attracted huge coverage in all areas of media including the BBC, Metro and The Times.

Dee is also involved with fund raising for numerous charities including GOSH, Barnardos and CLIC.