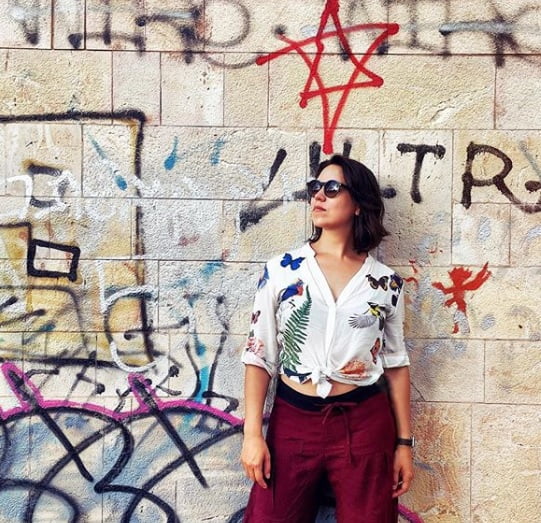 Considered an expert in fashion, filmmaking, the restaurant world, dance, modeling, travel and several other arenas, Emily Ramraz is a true renaissance woman. After attaining a degree in theatre from Arizona State University, Emily traversed the world, studying at the hands of experts in her different fields of interest. Following her familial roots, her first stop was in Taiwan, where she became a successful model and actress, acting on popular soap operas and working for such companies as Nike and MAC makeup. Her next adventure took her to Ghana, Africa, where she lived amongst the locals, studying traditional Ghanaian dance, music and cooking. Then it was off to London, where Emily pursued her lifelong desire to work in the fashion industry. She received her diploma from the London Center for Fashion Studies (of Middlesex University), and then received a secondary degree at New York’s famed Parsons the New School of Design. After graduation, Emily interned with a handful of New York-based designers, and eventually started her own clothing line, making custom couture garments (wedding dresses, etc.) for private clients, as well as selling her more casual wares across the United States.

Simultaneously, Emily co-founded the award-winning, farm-to-table restaurant Dear Bushwick in the wildly popular hipster neighborhood of Bushwick, Brooklyn. The British-inspired Dear Bushwick went on to win Time Out Magazine’s Best New Neighborhood Joint Award, and landed on New York Magazine’s “Best of New York” list. Their famed cocktail menu was lauded by none other than the New York Times as one of the best in the city, and the Village Voice called them – simply – “grand.”

When she married her filmmaking husband, Golan, and they started their family (beginning with now 18 month-old daughter Xena), she decided to step away from the hectic restaurant world. She returned to traveling around the world, and opted to combine several of her loves together. She now focuses on three areas – costume designing, writing and producing for film (her newest film is now in post-production), the world of the Internet in the form of blogging (her combined photo, fashion, food and parenting blogs have racked up thousands of hits from all over the world), and being a wife and mother, which is her newest passion.