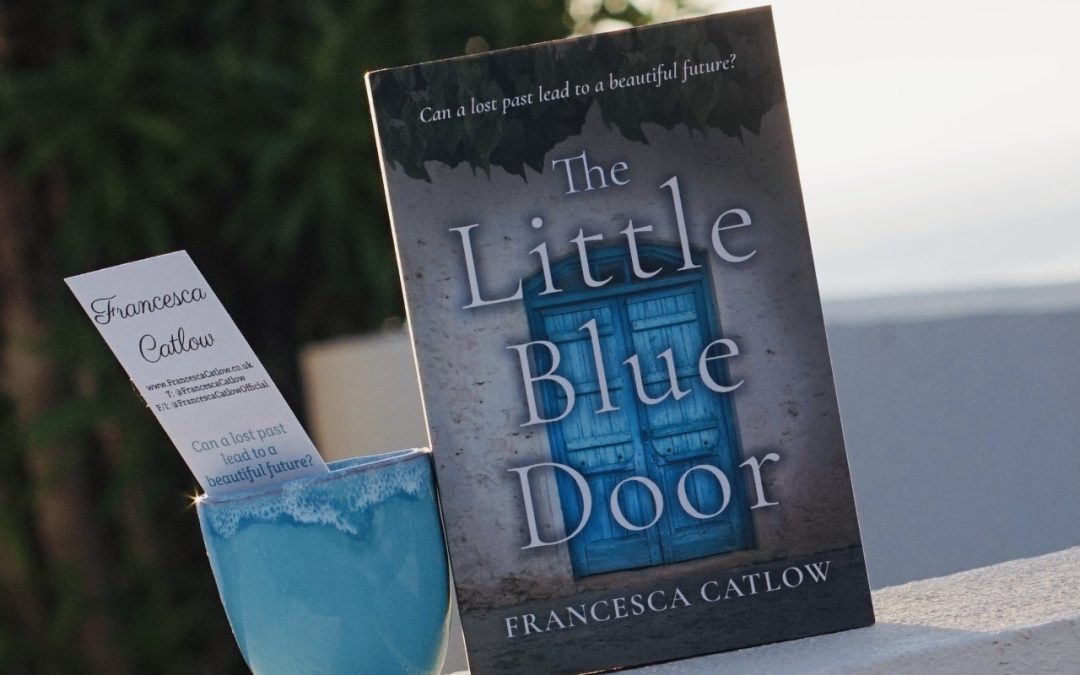 Francesca Catlow’s debut novel, The Little Blue Door, is a captivating story which, from the opening lines, captures the feelings of the main character completely. The character is so beautifully crafted that we feel as though we know Melodie from the moment we meet her. It is a testament to Francesca Catlow’s immense talent and skill as a writer that we are drawn into her world from the first page. Her vivid imagery and intricate description evokes the enchanting beauty of Greece and immediately transports us to Melodie’s world.

Melodie is such an endearing and engaging character that the reader immediately wants to know more. We live the story through the character and we are by her side as she begins her journey of discovery, joy, and heartbreak. Catlow’s portrayal of Melodie’s loneliness throughout the novel demonstrates her absolute understanding of human nature. Melodie’s feelings, reactions and responses to the world around her create a truth and authenticity which reveals Catlow’s unique sensitivity as a writer.

Catlow creates an initial air of mystery in her main characters which intrigues but, more importantly, keeps us on Melodie’s path. As Melodie learns more about the new people in her life, so do we as the reader. Catlow ensures that we travel this road with Melodie and live her experiences alongside her; we care about her and feel both her sadness and her joy.

As Melodie’s story is gradually revealed to us, we are taken down an unpredictable road which draws us ever closer to the three main characters. She is a likeable and relatable character and we find ourselves caring about her deeply. We experience the growth and self-discovery of Melodie, Anton and Gaia as they develop and face some difficult revelations and realisations about themselves and the people they believed they knew well. Catlow’s characters are real; they are likeable yet flawed. They are real and reflect the human condition.

The Little Blue Door is a truly beautiful debut novel. Francesca Catlow is an intelligent and perceptive writer who understands how to make the reader feel as though they are an intricate part of the lives of her characters. I became absolutely invested in Melodie’s story and I look forward to reading about the next phase of her life in Behind the Olive Trees.

Thanks to Alex Shewan for the FAB review 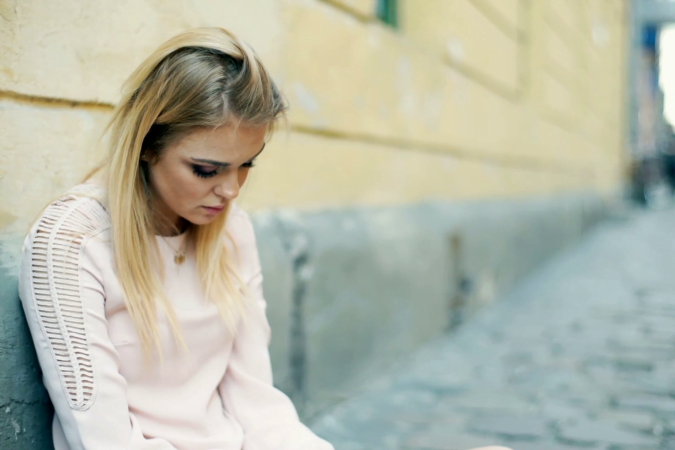 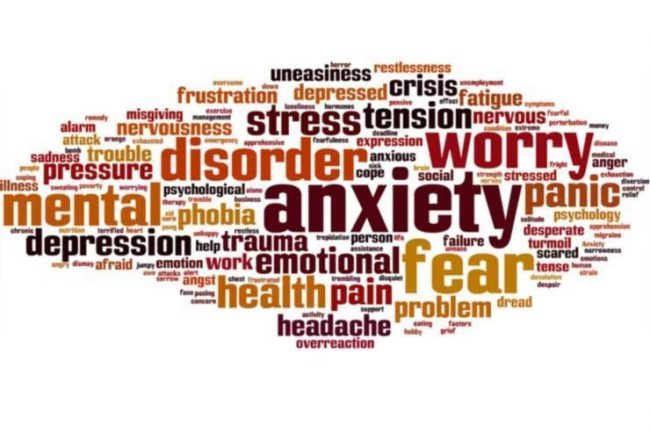 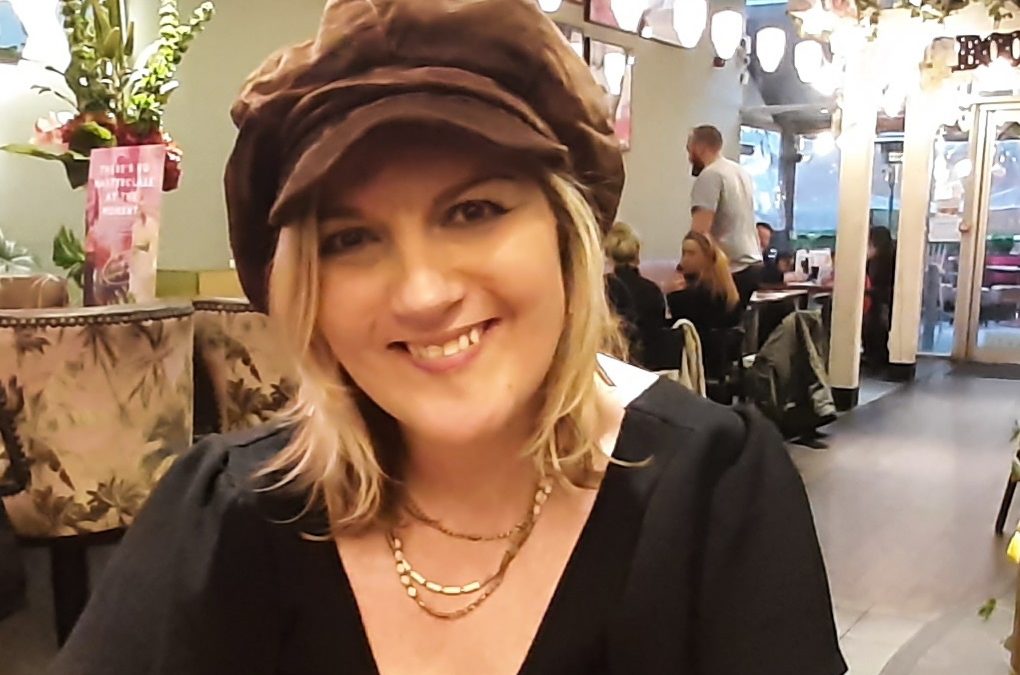 TAKING THE LEAP by ALEX SHEWAN

Fear. Possibly the most debilitating feeling and the biggest barrier to freedom. I have felt a sense of fear for most of my adult life. As a child, I was fearless and would try anything. Yet, over time, that feeling gradually became erased and a new mindset became embedded within my thinking. Safety and security became central to my life. I went to university, trained to be a teacher, and was successful in my work. I had a regular wage, a brilliant career, a pension (very important), and the knowledge that I could pay my bills and my mortgage. This was safe and I knew that, as long as I was safe, I was ok. Was I happy? I thought so. I had everything that society dictated I should. I was everything society said I should be. Well, almost: that’s another story. Importantly, I was financially secure and independent. All good.

Two years ago, the pandemic hit, and something in me changed. Suddenly, I was not ok. Suddenly, I didn’t recognise myself. I felt a fear that I had never felt before; a terror. Everything I knew and understood was threatened. This terror was to become a turning point in my life; the beginning of an exciting journey.

At the time, it was far from exciting. Like millions of others, I was thrown into turmoil; so many unknowns, so many questions, so many fears. Fear. That word again. For 20 years, I had been living with the same mindset, a mindset that was debilitating and restrictive. A mindset that I didn’t even realise I had. I was fortunate in that destiny had plans for me and brought the most extraordinary, perceptive and truly wonderful friend into my life. A person who was so much like me in many ways yet, at the same time, the complete opposite of who I was, or who I thought I was. This was a person who was to unlock the closed door in my head and show me that there is a whole world out there. Freedom.

Deep inside myself, I always dreamt of something else. I didn’t know what that was but I longed for something different. As a teacher, I had become institutionalised. I loved my job but I had become defined by it. The person I had become was a construct; a product of other people’s expectations and conditions of worth. During my teaching career, I had developed another passion. A passion for supporting other people, listening, helping, supporting and guiding.

I then considered leaving my present job, but then the doubt set in. Of course I had to stay with my job. It was secure, it was permanent, it was safe. It was me. The thoughts in my head repeated this unrelentingly. Plus, I might fail. Leaving my job was too big a risk and it was all I knew. I did not believe that I could exist out of the teaching profession. I had reached a point where I had lost any concept of who I really was and could not see past the classroom teacher. Destiny once again stepped in and brought the most incredible people into my life.  People who saw the world in a different way and helped me to recognise something special within myself. I realised that I was being held back by fear and it was controlling me completely. Fear of failure. I was its prisoner. What would I do if I left my job? Who would I be? Would I survive?

I took the leap and believed.

Three months later, I am in the most wonderful place. I have learnt so much. Most importantly, I have learnt the importance and value of taking risks. I am working as a freelance tutor which I love, and have made some wonderful new friends along the way.  I am also studying to be a counsellor, I love my course and I am successful.  I have control and autonomy over my life and my choices. I am discovering who I am – not someone new but the person I really am; the person deep inside my soul was lost a long time ago. She still there and I’m connecting with her. I’m loving getting to know her – she’s amazing! She’s intelligent, kind, brave, caring, capable, courageous, confident, self-assured. People like her a lot because she’s good to be with. More importantly, she’s learning to like herself. She’s on a journey and it’s a lot of fun. She smiles a lot. She is happy. This is who I am.

I have learnt the value of positive energy. I have learnt that I have something to give, I have something valuable to offer; I am going to do it. For many years I was a prisoner within my own mind. I was afraid to take a risk because my self-worth had become defined by others. Changing that mindset and taking a leap of faith changed my life and I would never go back to where I was. Making the jump was scary; it was brave but it was right. In doing so, I have not just brought something to myself but I am able to give to other people. That means everything. All because I took a risk; a leap of faith.