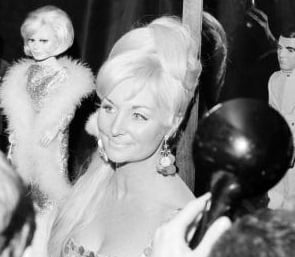 SYLVIA ANDERSON was the legendary co-creator of Thunderbirds and a host of television shows spanning five decades, and co-founder of Glotime.tv

Many people’s lives were transformed by Sylvia’s creativity and genuine love for her characters. The most famous was the charismatic Lady Penelope, which was visually based on its creator and was also voiced by Sylvia.

Sylvia was one of the first female film producers in the UK to make a mark with her innovative programming and creativity. In recent years Sylvia has worked as Head of Programming for HBO in the UK, and has been writing a television series with her daughter Dee Anderson entitled ‘The Last Station’.

Sylvia had many famous friends, but would always find time to take care of people who were suffering or in need of support.   She donated and worked for many charities including Breast Cancer Care.

Sylvia has been succeeded by her daughter Dee Anderson, and her son Gerry Anderson Junior, an anesthetist.   She has four grandchildren and one great granddaughter.

Sylvia was passionate about Glotime.tv being a voice for the discerning female, and to carry on her legacy which was to ‘stay strong and have self belief’.

Dee Anderson is now at the helm of Glotime.tv with a group of young creatives to drive it forward into the 21st Century.