Cannabis-derived oil goes mainstream, but is it all smoke and mirrors?

Chances are, CBD oil is already on your radar. There has been a huge buzz about it recently, due to its reported benefits – health journalism has been awash with stories of this potential remedy for a wide range of ailments, including anxiety, insomnia, skin conditions, epilepsy and arthritis. But what is the story behind the hype – and is it all too good to be true? 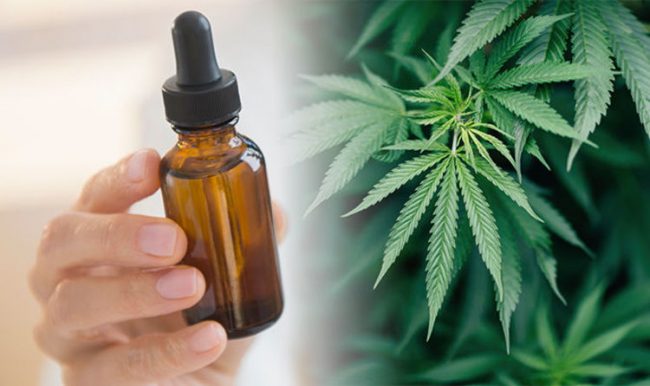 The first thing to clarify is there is a huge difference between CBD oil and medicinal cannabis. CBD stands for cannabidiol, which is a non-psychoactive compound found in the cannabis plant – it has attracted interest as it seems to have a wide range of therapeutic properties. One of the other compounds in the cannabis plant, prevalent in the marijuana variety, is THC (tetrahydrocannabinol) – unlike CBD, THC is psychoactive, and this is what gives users the famous cannabis ‘high’.

CBD oil is now in mainstream use – Holland & Barratt were the first UK high street retailer to stock it, with sales doubling in 12 months, and the health company Naturopathica has recently launched the first CBD lozenges. There are also increasing numbers of UK cafés serving up coffee and snacks containing CBD, to help customers combat anxiety and stress!

A recently retired colleague of ours, a lady in her mid- seventies who is caring for her husband who is suffering from dementia, has noticed a marked difference in his anxiety levels since she has been including CBD oil in his diet.

Cannabis is still illegal for recreational use in the UK, but the medical use of cannabis was legalised in November 2018. However, this is only when prescribed by a registered specialist doctor, and notably the current guidelines do not recommend the use of medicinal cannabis oil – which is ironic, given that the UK is home to GW Pharmaceuticals, one of the world’s largest producers of medical cannabis, and the company behind the cannabis-derived products Sativex and Epidiolex.

This has frustrated many, including the parents of seven-year-old Alfie Dingley, an epileptic boy from Warwickshire who suffered up to 30 seizures a day due to a rare genetic condition. He hit the headlines in 2017 when it emerged his family had moved to Holland, where medicinal cannabis oil was legal – with treatment, Alfie’s seizures reduced to just one a month! The family returned to the UK and petitioned the government to make it legal in the UK. Since the change to UK law last November, Alfie now has regular prescriptions for his condition, but the family subsequently launched another petition to encourage doctors to “prescribe full extract oil without fear”, as the guidelines mean that few doctors are actually prescribing it.

While most of the compounds in cannabis are ‘controlled substances’ under the 1971 Misuse of Drugs Act, CBD is not. It is currently illegal in the UK to have products with a THC level of over 0.2%, but by using cannabis plants with lower than threshold levels of THC, and high levels of CBD, manufacturers are legally able to sell products – although these are not officially authorised as medicines, so manufacturers cannot make any medical claims on the packaging. Despite this, many people swear by their therapeutic qualities anecdotally.

Any internet search will lead you to an abundance of anecdotal material about CBD. It is widely known to have strong antioxidant and anti-inflammatory properties, and it keeps your body in a state of equilibrium, making it useful in treating medical conditions such as anxiety, depression, ADHD, muscle and joint pain, insomnia, Parkinson’s disease and chronic pain. It is easy to take – there are e-liquids for vaping, sprays for under the tongue, CBD capsules and CBD balms to apply to the skin. 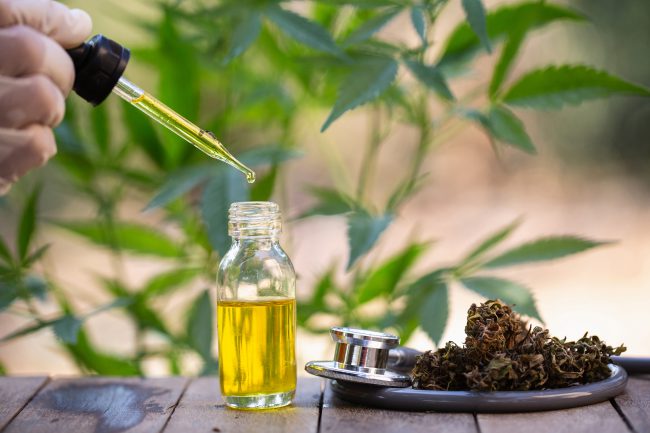 Oxford University is carrying out a £10 million research programme into the medical use of marijuana, so hopefully it won’t be long before science and legislation catch up with what the public already seems to know.

Meanwhile the popularity of CBD oil grows daily, and if the coffee and cake at your local café includes this magical ingredient to reduce stress and anxiety, might you be tempted…?