Strike a Pose – A Look at Yogic Philosophy

Millions of people around the world practice Yoga every day, and in the West (and increasingly in the East) this largely means they are following a regime of exercise, stretching and relaxation. This is great of course – physical health is very important. However, champions of “traditional” Yoga would say that Yoga can offer much more than flexibility and a figure for Spandex – they talk of the Big notions of liberation and enlightenment. Say what??!

It may come as a surprise, but Yoga is actually a spiritual tradition, which seeks to bestow happiness and inner freedom rather than health and flexibility on its practitioners. When most people speak about “Yoga” these days they are really referring to “asana” (yoga postures), which is only one component of a true Yoga practice. Perhaps disappointingly, the asanas may be considered the easy part of Yoga – but then again, the benefits bestowed by asana of health and fitness (while pretty good in themselves) are eclipsed by the benefits that can be gained by delving deeper into the practice of Yoga.

If tackling the Big notions appeals to you, read on….

The word Yoga in Sanskrit is often translated as “union”. This refers to the union of the human soul with the Supreme Spirit (or God, or Goddess or the Universe – whatever appeals to you and your personal belief system), to attain enlightenment. Enlightenment is the capacity to experience reality directly without the intervention and distortion of mental constructs.

Around 2000 years ago an Indian scholar named Patanjali wrote a text called the Yoga Sutras, which is widely considered to be the foundation of classical Yoga theory and practice. In this work, Patanjali investigates the mind, the way we normally use it, and the way we experience ourselves and the world. He explains that our minds do not see reality as it really is; instead we see reality through the projection of personal preference. This means that our thoughts fall into two main categories – “I like it” and “I don’t like it”. We filter every perception through our own polarity of attraction or avoidance.

The problem with this way of using our minds, is that it is the root cause of a great deal of suffering. It prevents us from seeing our true nature, as one with the universe. It takes a great deal of self-discipline to put this way of thinking aside and see reality objectively. Life becomes simpler, richer, and more “in the moment” when we opt for reality instead of projection. 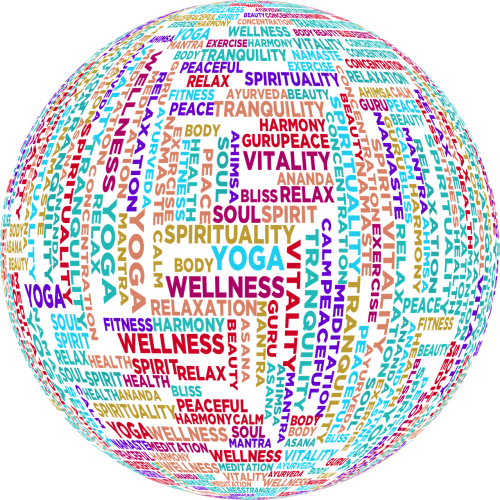 Patanjali’s Yoga Sutras give us the tools to free ourselves from the compulsions of an ordinary mind, in the form of the Eight Limbs of Yoga. The Eight Limbs are set out in a numbered list because they are steps in a sequential path to elevated growth, like climbing a ladder. These Eight Limbs are:

Yamas are ethical principles that should be followed if we intend to connect with ourselves, the Universe and the Spirit. The five universal moral principles mentioned by Patanjali are non-violence, truth, non-stealing, self-control and non-coveting.

Niyamas are observances that help us move towards our goal of liberation. The aim is self-purification through discipline, but it is not about making oneself more virtuous than other people.

Asanas are postures to create physical wellness and eliminate restlessness, to help facilitate an undisturbed meditation. They are also used as a tool of self-discovery, in that they challenge you to confront yourself. Mastery of form is not the ultimate goal – don’t approach your mat with the aim of “getting” that difficult pose. Instead, during each pose try to find a place inside yourself where your whole being is awakened, where you allow and accept all feelings and emotions. The challenge is to avoid disempowering yourself by interacting with the mental noise in your head – those thoughts that you aren’t doing it right or aren’t strong enough to hold the pose. Allow the fears and feelings to arise and let them go, rather than resisting them. Accept totally what is and what is not. Drop all judgement, just simply acknowledge what is.

Pranayama is the rhythmic control of breathing. It is a meditative discipline, in that the aim is to achieve a stronger and more stable sense of self. It’s just an added bonus that it also strengthens the muscles of the respiratory system and reduces stress.

Pratyahara is sometimes described as a withdrawal of the mind from the senses, but it is more about not projecting our preferences onto the world, and not creating a world in our head that doesn’t exist in reality.  It creates a sense of inner tranquillity, which is an appropriate base for a meditation practice.

Dharana is training the mind in complete attention. It is also a recognition that objects are empty of the significance and structure that we think defines them.

Dhyana is still-mind meditation, which is not about visualisation or a pleasant relaxation. Rather, it is attempting to slow the thought waves of the mind to a stop – it is a very disciplined practice of “no thought”. With no thought, there is no notion of “me”. The constant activity of the mind must stop, for enlightenment to start.

Samadhi is a state of altered awareness that comes from the effort made in the previous seven areas. It is a state of unutterable peace and joy (sounds good, doesn’t it?) that is experienced when one’s individual consciousness is reunited with the One consciousness.

The Yoga Sutras are not religious doctrines and Yoga itself is not a religion. Although Yoga has long been associated with the three great religious-cultural traditions of Hinduism, Buddhism and Jainism, it is not necessary for a Yoga practitioner to believe in anything other than their own potential to transform themselves and transcend the ego. Yoga can put us in touch with our spiritual core and be used to deepen whatever personal faith we have, if we so wish. 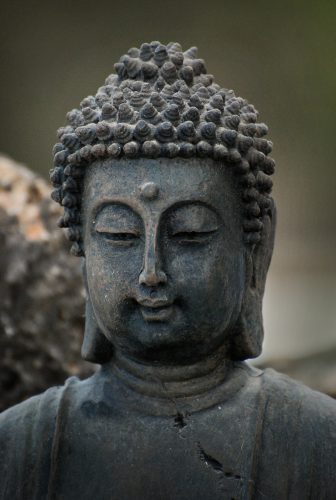 I hope that next time you are on your mat, you might approach your practice with some of this information in mind. If this is all new for you and it has sparked an interest in the traditional moorings of Yoga, I highly recommend reading any of the vast number of translations and commentaries that are available on Patanjali’s Yoga Sutras. I great one that I can recommend is “True Yoga” by Jennie Lee, which I picked up from Watkins Books in London last time I was there, or anything by Georg Feuerstein, a huge proponent of traditional Yoga.