When I met author Sharon McGovern at her house in Grays, Essex recently I was warmly greeted by a sharp, kind, intelligent woman – a writer, wife, mother and philanthropist who has survived against the odds, and is living proof that we as human beings have the capacity to endure the deepest of pain and come out the other side.

Sharon’s story began when she was four years old, after her biological father had left home, and when her step father, Mick Garvey, moved in.

For the next 13 years, Sharon suffered unthinkable abuse and bullying, which she was forced to keep secret from her mother and young brother, for fear of their own demise at the hands of this terrifying man.

It was only years later and after a failed marriage, the birth of three beautiful children and meeting her real life partner was Sharon ready to confront him. 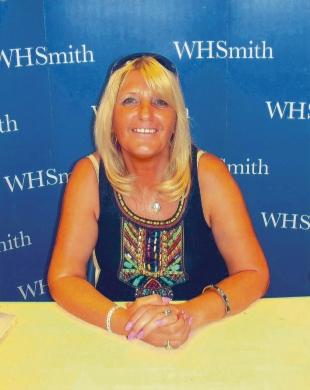 At the same time Sharon had a premonition.  ‘It was not a dream, it was different.  I saw a small cell, with a window high up, and a man with his back to me sitting on a hard chair.  Beside him stood four prison guards, all in uniform, and all with the same face, like clones.  I was standing in the doorway to the cell when suddenly the man turned and looked at me.  It was my step father.  I knew they were waiting to take him somewhere.  I also knew the place where he was imprisoned was not in this country, but was in France, Spain or Italy.’  Sharon eventually tracked him down in Spain, where he had been locked away for a serious criminal offence.

This was another frightening but incredibly brave chapter of Sharon’s life when she finally faced Mick Garvey in court in the UK after several years.  She saw his face go ashen as she walked into court, as he witnessed her resolve to finally get justice for herself and her family.  He was charged of seven accounts of rape and indecent assault, and sentenced – but eventually died in prison.

Many people over the years have asked Sharon if this finally laid ghosts to rest and brought some sort of solace and closure to her years of abuse.

‘Closure, I heard the word ‘closure’ many times in my life to bring Mick Garvey to justice, and afterwards it seemed to be on countless people’s lips:  ‘Now you have closure.’  But of course I didn’t.  It’s too easy, too glib, to think that because my abuser was behind bars, all the evils of my childhood would be wiped out.  There is no such thing as closure – there is never an end.  I will take my abuse to the grave with me; it’s with me every day, it’s what has made me who I am.  I have had to fight all my life to make sure it doesn’t take over, but I can never deny that it happened, or that it affected me’.

Sharon continues her work with rape and abuse victims and speaks publicly on how to help survivors of crime. 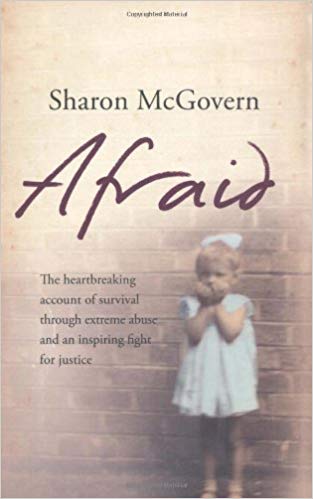 ‘I try never to use the word ‘victim’ to refer to my situation.  ‘Victim’ would hand the victory to my abuser.  The word I use is ‘survivor’ because that’s what I am.  Mick Garvey saw me as his victim, he didn’t count on me being a survivor’.  Sharon McGovern, Afraid

The book is available from Amazon