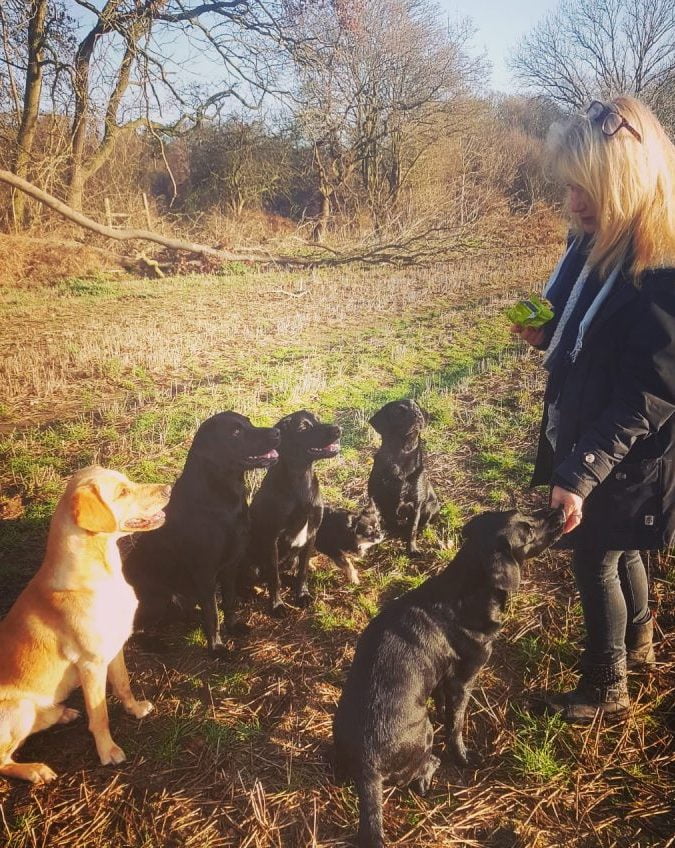 There has been endless evidence that sleeping with dogs is good for your health, and our very own television Royalty Debbie Arnold is walking proof.

‘I didn’t intend to have 4 dogs, in fact if you said to me what breed of was my least favorite, I would have said a chihuahua or a Labrador… how the Gods must’ve laughed! – Its no wonder when you are friends with doggie royalty Paul O’Grady 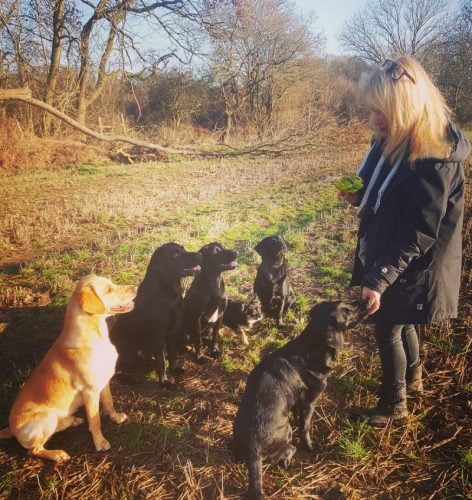 Debbie and the gang

So how did this happen…. I’ve always been owned by dogs.   First of all there was Ricky who was a poodle.  I met him when I was 7 and he was my friend/brother growing up. Then came Lover.  He was the first dog I chose for myself.

I was starring in a play in the West End, was newly divorced and had decided that a dog was far better than a man.  Lover, true to his name, adored taking my underwear and I’m sure my neighbours at the time were quite shocked to hear me screaming ‘Lover drop my knickers NOW’ – God knows what they thought went on on my house.!

Then came Legend, a beautiful Tibetan Terrier rescue. Our first dog as a family. He was diagnosed with diabetes aged 5 and we had to give him injections him twice a day.  Due to our vet’s incredible groundbreaking treatment he changed the way diabetes was treated in dogs –  so the name Legend was perfect.  He lived till he was 13 -a gorgeous, brave and wonderful dog.

When we lost Legend I decided I wouldn’t get another dog, especially not a Tibetan.  But 3 weeks later I was at the rescue home again and came back with his doppelgänger…the vets were so shocked when they saw him as he was his exact twin. We named him Disney, and he was my beautiful ‘crackers’ boy!

After looking after a very sick dog for so long, it was fun to have a lunatic around. He was 2 years old, had never been housetrained, and had never been inside a house, so when he saw me go upstairs he followed in trepidation. Then when I went back down, he looked at me from the top of the stairs and threw himself doing a double somersault down the stairs, and landed by the front door. He never really mastered the art of climbing stairs!

Adventures with Disney were hilarious. One day when I was trying to housetrain him, I let him out on the large balcony outside my bedroom for a wee.  It was around 5am and I didn’t want to go downstairs – I went back to bed, fell briefly asleep, and then went to open the door to let him in. He’d disappeared. It was the summer and it was quite light. I looked in the garden thinking he may have jumped down, but he was nowhere to be seen.

Something made me look up and there he was standing on the roof! I have no idea to this day how he got there, but there he was. I woke my husband up screaming ‘Disney is stuck on the roof’.   He went into the garden, and climbed up a ladder onto the roof to rescue him. I was yelling ‘Dont Jump Dis stay where you are’!  Another challenge for the long suffering neighbours!  On another occasion Disney climbed down the wisteria after he locked himself in another bedroom. He certainly had adventures!

Disney’s life totally changed when my eldest daughter brought home Beanie the chihuahua. This 12 week old puppy just melted his heart and he adored her – he was 10 when she arrived and he was running around like a maniac. My daughter went on tour and Beanie stayed with me. We were a lovely canine family of 2 for six years when my youngest daughter had a breakup with her boyfriend.  So we all felt that a good way to recover from heartbreak was for her to get a dog of her own.

This is how Lady arrived. She was a young Springador puppy – needing loads of exercise. Disney was 16 by now and pretty grumpy so greeted this new puppy with great hostility. He was an old man after all.   Meanwhile, Beanie was fine as always – a very amicable little soul.

But when Lady was 5 months old Disney died and our hearts were broken.   He really had been the best boy who’d brought us so much pleasure.   He had a fantastic good long life and a very happy one, but he was sadly missed.

Both daughters are performers and were away from home a great deal, and so there I was caring for 2 dogs that technically were not mine.

Then 2 years ago Lady fell in love with my son-in-laws’ lab and they had 8 puppies.  As an avid dog lover, I in turn fell in love with two of the puppies, and the rest is history.   I am now the proud owner of four dogs. 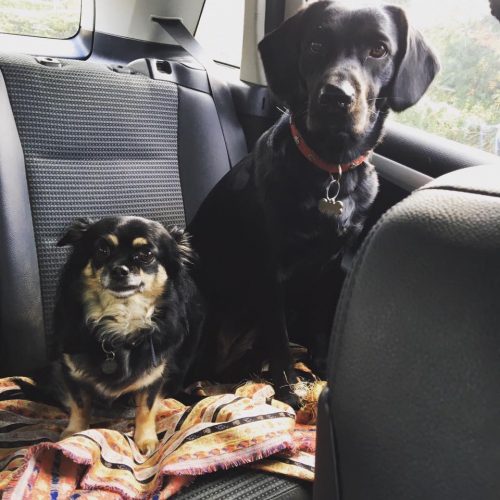 Smile for the camera

Finally, and you have probably guessed what I am about to tell you, all four dogs now sleep with me.  Is sleeping with dogs good for your health?  It’s a resounding yes from me, and in fact I would thoroughly recommend it. 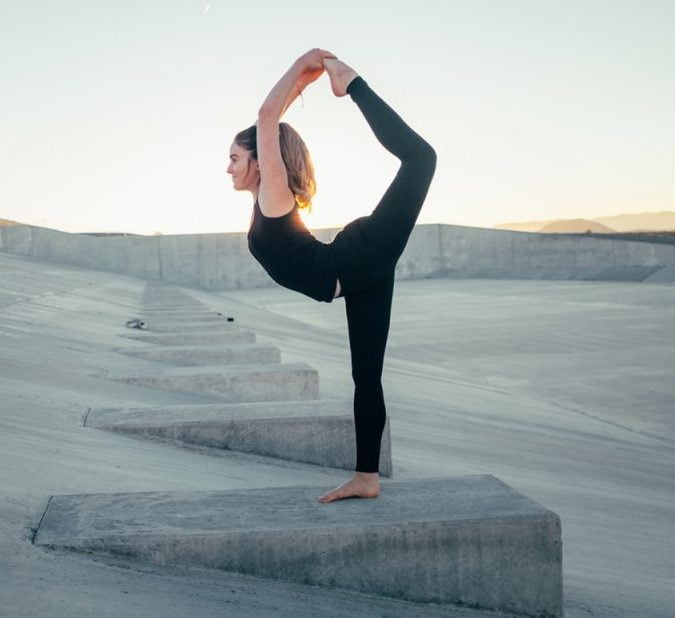 In these challenging times when many of us are confined to our homes, we need to keep fit and healthy, and exercise
should always be part of our daily regime.

Before I go any further and and at the risk of sounding self-righteous, I have a big confession to make – I hate going
to the gym.  I loathe exercise bikes, weights, running machines, I detest pilates, reformers and yoga bores me to tears.

So, I have had a major dilemma.  Just recently since being in semi-isolation, I’ve noticed bits of me were starting to
droop – some more than others, and I felt I should start trying to get gym fit without setting foot in one.!

I have been thinking there must be a way …and then

I remembered – the Tibetan Rites.

The Tibetan Rites worked for me several years ago on many levels and I loved doing them – which for me is a first
where any form of exercise is concerned.  So, in the past week, I have taken myself in hand and started practicing
them again.

The Rites take around 10/15 mins a day max and you can do them anywhere! They’re easy to achieve and the
results are astonishing including increased energy, weight loss, better memory, new hair growth, pain relief,
better digestion, and generally feeling great! Who needs the gym? They are quick and simple and if I can keep
them up then so can you!

So where did they originate? Hidden in the remote reaches of the Himalayan mountains lay an ancient secret.
Generations of Tibetan monks passed down a series of exercises with mystical, age-reversing properties known
as the Tibetan Rites of Rejuvenation, or the Five Rites.  These once-secret exercises are now available for all to
use by way of Colonel Bradford, a mysterious retired British army officer who learned of the Rites while journeying
high up in the Himalayas.

Legend has it that the monks practicing the Tibetan Rites looked years younger and sustained optimum health well
into their eighties and beyond.  These five ancient Tibetan rites can also make you feel and look younger and are
the perfect solution for gym and exercise haters like me!

So, for once I would recommend – do try this at home – and you will benefit hugely from this ancient practice and
will never look back. 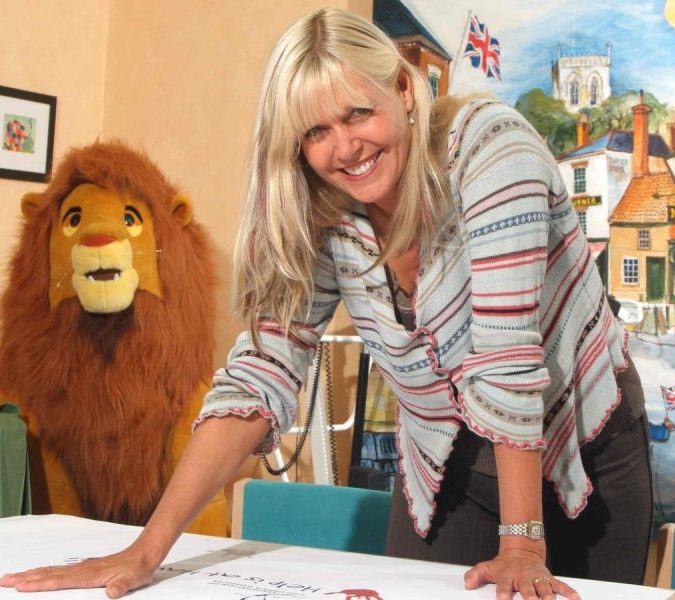 What’s In Your Make-Up Bag? – Julie Peasgood Reveals All

Julie May Peasgood is an actress, television presenter, author and voice over artist known. Julie is best known for her role as Fran Pearson in the television soap Brookside but has appeared in numerous movies, TV series and Theatre Productions. 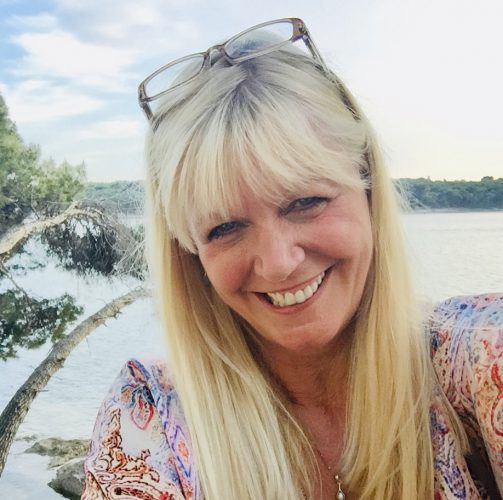 Julie shares the secrets of her makeup bag and some of her very special beauty tips.

‘My actual make-up bag is a treasured one from the Outer Hebrides (one of my favorite places on earth) and I bought it from the Harris Tweed shop in Tarbert on the Isle of Harris. 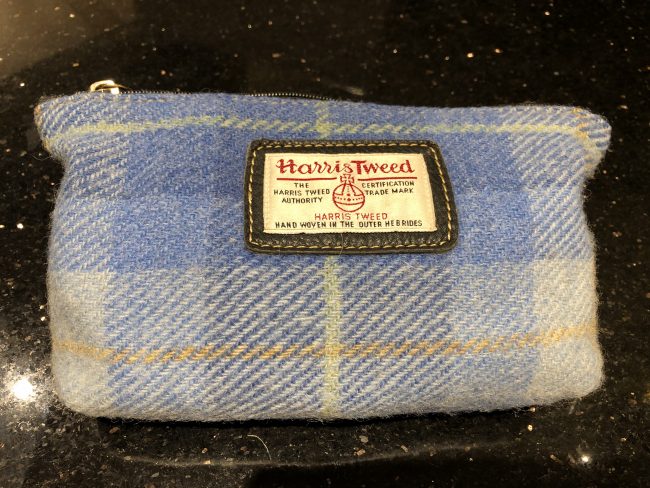 I don’t wear foundation, I just use a tinted moisturizer, but I’m currently going nuts as for the first time since I started using Clarins tinted moisturizer (over 35 years ago now!) they have withdrawn it from sales to re-assess its UV ratings. I do have an ancient tube in an extremely dark shade that I found loitering in the back of a cupboard, but I look like I’ve been Tango’ed if I wear it, which is not ideal.

I’m listing the items in the order I wear them, so next up is my fave item in the world, and the one that’s the most indispensable to me. It’s ANCIENT (have NOT included pic as too ashamed) but Max Factor’s dark shadow concealer is the best I have ever used – which is why I apply it with a fabulous Flormar retractable brush, to eke out the remnants for another few years. (Flormar is a really good, incredibly reasonable brand that I found in Gibraltar on my travels, but I think it’s sold on Amazon). 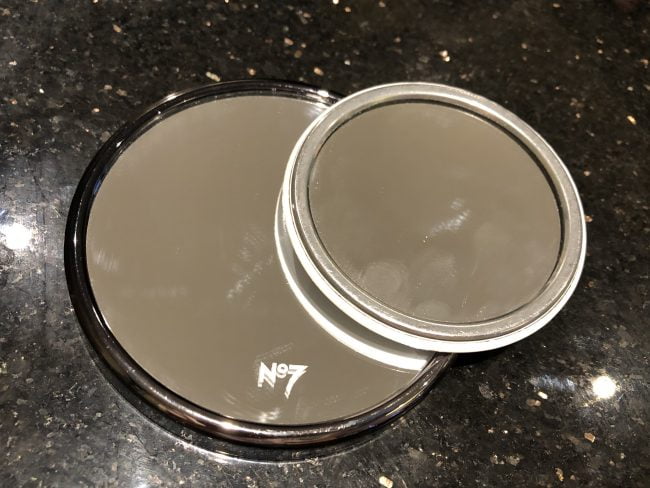 I don’t like a shiny face, so I use Max Factor’s Pressed Powder Crème Puff in Translucent – it doesn’t cake and smells nice.

Blusher is a Bourjois one, in Rose Ambre shade – it’s a powder blusher (don’t like cream ones) and comes with its own little brush – again I have used this brand for years (am very faithful when I find things I love!)

My current mascara is also Bourjois – It’s Volume Glamour in black and I like it because it doesn’t clump or smudge. I don’t often wear eye shadow, but if I do for an evening out, or for presenting on TV, then I use a Chanel palette of different shades of brown.

Something I do always wear (because it seems to make a huge difference to eye definition) is a dark brown eyeliner pencil – but I only use it under my eyes next to my lashes, never on the upper lid.

I don’t wear lipstick very much, but if I do, I choose a soft shade of pink, and the one I have in my make-up bag at the mo is a Flormar one. 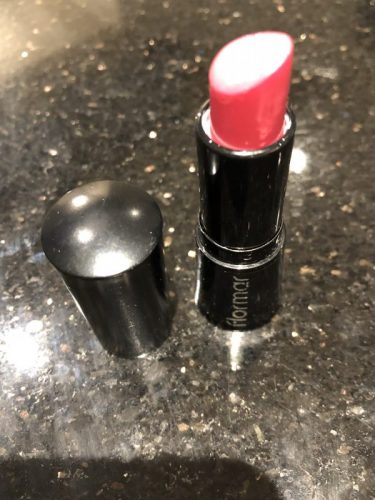 The other things that are my makeup bag staples are a couple of pairs of tweezers, dental floss and a breath freshener spray, a tiny pot of Vaseline, some manicure scissors, a small round mirror and a small round No 7 magnifying mirror – invaluable!