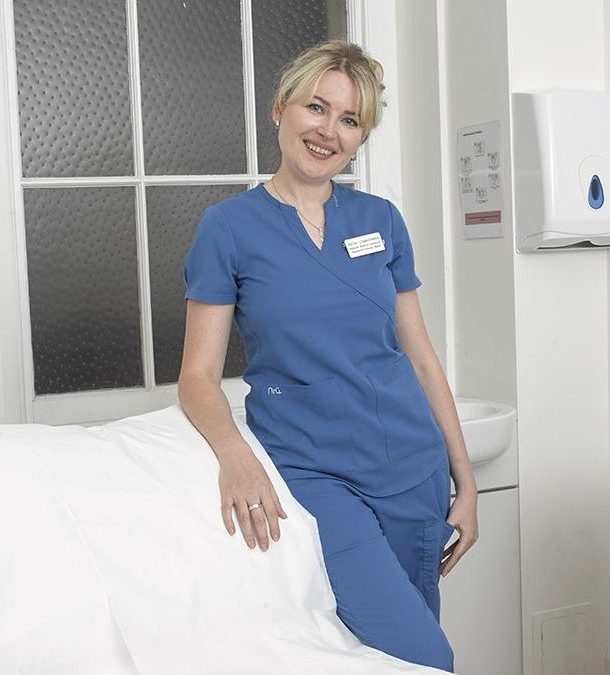 SYLVIA AND HER ‘BEAUTY FULL’ CAREER

When Sylvia Chrzanowska, arrived in the UK from Poland armed with University Degrees and Masters in Environmental Protection and Polish Civil Law, a career in Beauty was the last thing on her mind.

But the legacy of her Mother as a Beauty Therapist in Poland, inspired Sylvia to pursue the career in which she shines.   She explains that the beauty treatments administered by her mother in Poland were always extremely advanced.

Because of this Sylvia qualified as a Nurse and was compelled to adapt her medical credentials to a career she was already familiar with, and one in which she would naturally excel.

When I first met Sylvia I knew immediately that we were compatible as practitioner and patient, due to her calm, friendly but professional approach, the like I had not experienced for decades in either the medical or aesthetics profession

As I began treatment with Sylvia where she practices at The Cosmetic Skin Clinic in Stoke Poges, Buckinghamshire I very quickly realised that as well as being an exceptional practitioner, she is a genius with injectables, and also had a keen eye and vision for what was best for me.

She also put me at ease very quickly, and I since learned that this is part of her training, both from home and with her present position, originally trained by Dr Tracy Mountford.  She explains that administering the treatments are just part of the process and the psychological support is equally as important, and something that comes naturally to her, as I personally discovered.

Sylvia deals daily with patients who suffer from both fear of needles and panic attacks during treatment, and I would recommend that there is no-one better if you are suffering from stress and still want to have any sort of visual rejuvenation.

There is also a natural conviction in the way Sylvia approaches a treatment plan, in ways that are both creative and pragmatic, which instilled me with confidence and any reservations were soon dispelled as she talked me through the plan, and administered the treatments.

Having experienced such high standards of aesthetics, I would always recommend a visit to a highly skilled practitioner as Sylvia, and avoid untrained and inexperienced beauty therapists, choosing those preferably with a medical background, as the results are dependent on their expertise and training, and if they are not favourable can be reversed.

Beauty and Aesthetics is now deeply etched in Sylvia’s DNA, as even when on vacation on a visit to her native Poland, she is summoned to her Mum’s clinic to administer a treatment or two, and in spite of her being there on a break, usually capitulates knowing now that Beauty is truly her destiny and one she has come to adore.

“The most important thing for me is to work with a highly experienced team and having been working at The Cosmetic Skin Clinic since 2014, I couldn’t imagine working anywhere else.”

In the past, Sylvia has also trained fellow nurses in how to administer non-surgical treatments and combines injectables with state of the art technology based treatments to achieve optimum aesthetic outcomes. Sylvia likes to guide her patients through the various options tailored to their individual and specific needs, ensuring they receive the very best cosmetic results time after time with the highest standards in patient care and outcome. 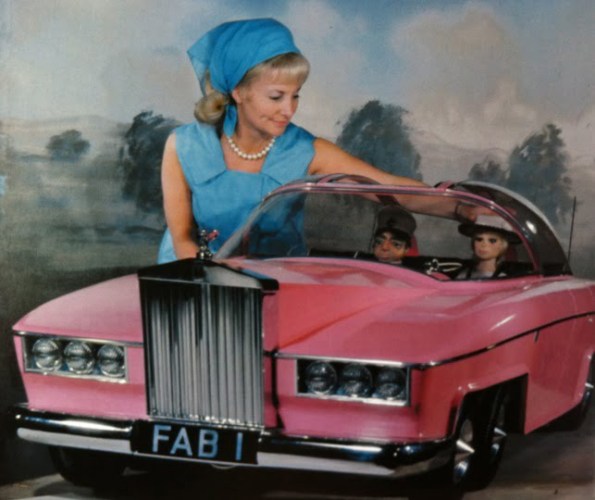 Sylvia’s early ambition was to become an Actress, as she became enthralled with theatre and Hollywood movies as she grew up in war torn London.   She won a scholarship to the London School of Economics, and eventually become a writer and film producer.

Sylvia met her husband Gerry Anderson in the late fifties and they became the most admired and successful husband and wife team in the history of television, producing epics like Thunderbirds and Captain Scarlet.

Sylvia’s creativity and inspiration lead her to create many of their characters, including the iconic puppet Lady Penelope, a female secret agent who smashed female stereotypes and was an inspiration to children across the Globe.  Sylvia knew the World needed an inspirational woman protagonist and so Penelope Creighton-Ward was born.

Sylvia then went on to create the Angels, in Captain Scarlet a fleet of female Pilots in the sixties, when women were rarely recognised as heroes, and so once again way ahead of her time.

Sylvia’s characters and creations are as strong today as they were when launched over five decades ago.  A Sundial Statue stands in her name at her beloved Pinewood Studios, where she visited as a young woman and had a vision that she would one day return with her own movie production.  This she achieved several times over, and is now heralded as ‘A Pioneer for Women in Television’. 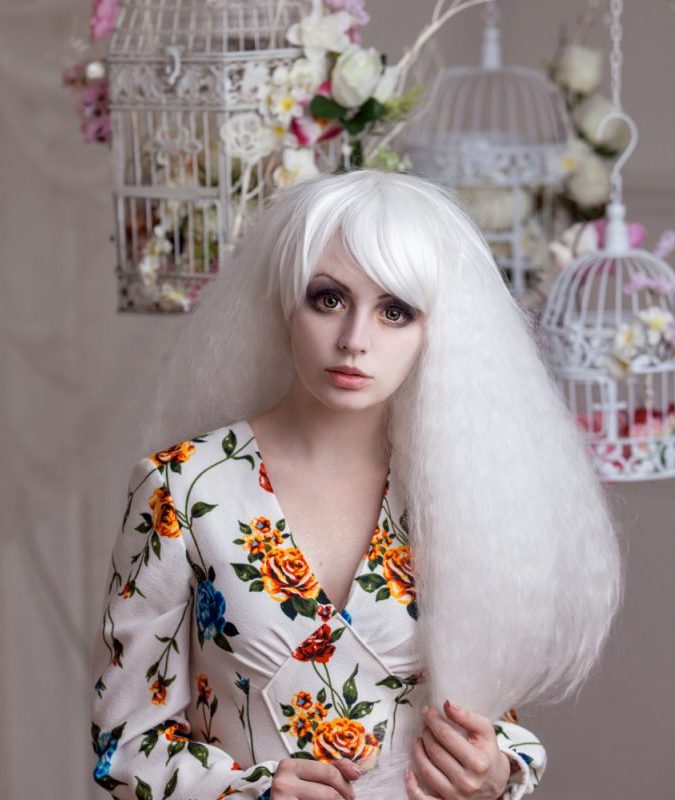 FIFTY SHADES OF GREY – THE BIG COVER UP

Grey hair is not always for the elderly. It can strikes when you are least expecting it, even at the tender age of 28 as happened to a friend of mine, who hadn’t a care in the World. So what does it mean to go grey – the ‘grey hair’ fallacy of worry and aging certainly doesn’t always add up. 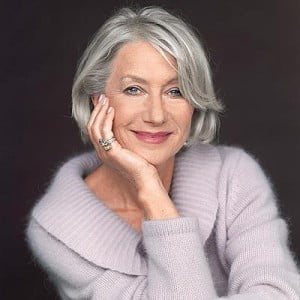 It is a fact that 50 percent of us have grey hair at the age of 50, but it is not the only culprit. Redheads go grey first followed by Caucasians – and vitamin deficiency is a regular cause. Smoking is also a major player, and so a healthy diet and lifestyle is certainly recommended to prevent the early onset of grey hair.

Many of us chose to celebrate the arrival of grey hair and proffer a salt and pepper image. Others strive to eradicate the loss of their original colour and regain it with the many hair products and shades on offer in the High Street or in your local Hair Salon.

Some prolific celebrities are donning the red carpet these days with their shades of grey, and I mean their natural hair. Jamie Lee Curtis, Helen Mirren, Carole King and Glenn Close are just a few of the super famous who have opted to stay grey. 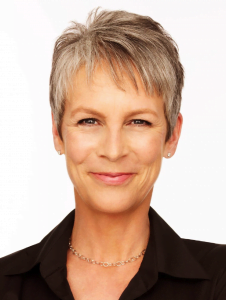 But if you are determined to eliminate, it is a skill in itself to cover the regrowth of grey hair, matching it against your own regular colour roots, and can sometimes need a bit of careful planning in the hairdressing department to achieve a natural look.

Constant Saloon visits can be costly, and so there are some tips to try at home for in between visits, or to replace them.

Grey hair is especially vulnerable to hair dyes – so ammonia-free products are the best formulas.

The new Umberto Beverly Hills U Colour and Revlon ColorSilk. Herbatint Permanent Herbal Haircolour Gel is a very good option. When you wash, use a gentle, moisturizing shampoo to help limit fading, go for a product like Aveeno Active Naturals Nourish + Moisturize Shampoo.

L’Oreal EverPure Moisture Leave-in Conditioner is also a good option to preserve the colour. All can be ordered online or in selected hair salons and outlets. You can also do your own research to see what works best for you.

It is all about ongoing maintenance and if you get the products and the shades right, the grey will take care of itself. 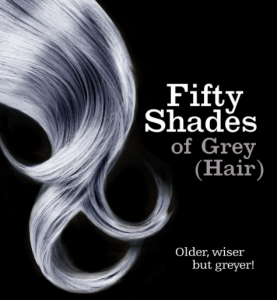