Awesome Gifts for the 50th Anniversary of Captain Scarlet & the Mysterons

2017 is the 50th Anniversary of Captain Scarlet & the Mysterons. To celebrate this iconic sci-fi TV series, ITV Studios Global Entertainment have produced the following fantastic range of limited edition and anniversary products, any of which would make the perfect gift for Christmas!

Available at all good retailers 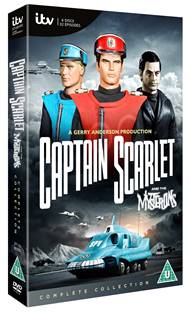 Synopsis: This box set includes all 32 episodes of the classic series. Imaginative Supermarionation fun set in the year 2068 when Earth’s security organisation, Spectrum, spearheads an expedition to Mars.  The local inhabitants, The Mysterons, mistakenly believe the arrival of the earthlings signals attack. Captains Scarlet and Black are captured and given the power to recreate themselves, even after being killed. Scarlet escapes, maintaining loyalty to Spectrum, while Captain Black becomes The Mysterons’ pawn and Spectrum battles the deadly forces of The Mysterons. 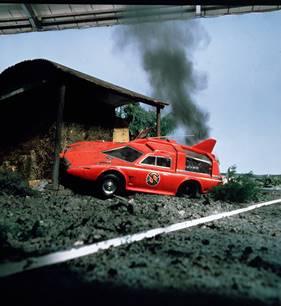