Ballydehob – A Pub, A Castle and A Movie Star

Ballydehob – A Pub, A Castle and A Movie Star by Dee Anderson

As the whole world is speculating where Harry and Meghan will go for their MiniMoon, Ireland has been whispered, as has Botswana.

Although Botswana is a favourite of the newlyweds, they could not go wrong by visiting Ireland, which is much nearer and gives the guarantee that they will be greeted with a true Irish welcome.

It reminds me of when I was on my way to a friend’s birthday bash in Dublin a few years ago. Gary Whelan was then starring in a TV series called Ballykissangel, and his lovely wife Gabe had thrown a surprise party for him in Dublin, inviting the entire cast and close friends. 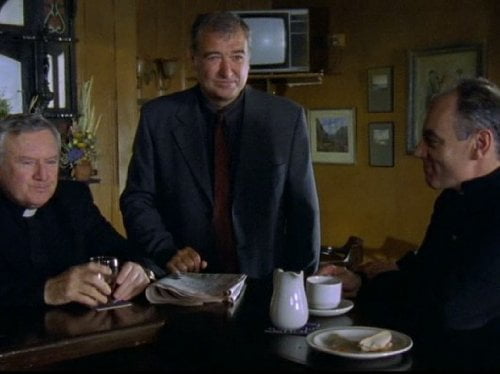 We all had to be careful that he didn’t spot us in the town of Dublin, so I decided to drive over with another guest, and he suggested we stop off to see a writer friend en route in a little town called Ballydehob.

I went with the flow on this occasion, and we ended up arriving as dusk was setting in. My friend Sam suggested we meet up with his friend in the little town itself, as he knew the area, and so we stopped off at a bar in the centre of town, to the cheers of the locals – not at our arrival, but for the local violinist and his magical musical abilities.

It was an amazing night, and it was a fight to stay sober as the drinks were lined up on the bar as a welcome to the new girl in town, namely me.

But we eventually left the pub to be ferried by the local driver, who then ventured to drop off all the locals who lived in farms and houses dotted around the outskirts of the area.

The next couple of days were filled with joyous adventure as we explored the town and found two sisters, both in their nineties. They were unmarried and had opened their family house as a shop and a bar, and were still humping beer barrels from the cellar. They had letters from the Kennedys and Clinton on the wall, and I was speechless with reverence for their charismatic charm as they cracked jokes and sent one another up with skilful Irish banter.

We then drove out to Kilcoe Castle a mile or so away, which is owned by Jeremy Irons and his wife Sinead Cusack, and to the little fishing village nearby which is idyllic. 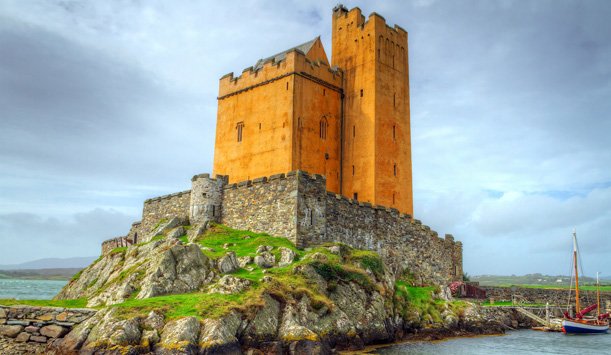 The home cooking in the local cafes and restaurants were second to none, and the very raison d’etre of the locals was to feed us up as much as possible with the local produce and exquisite cuisine, which left the UK in the shade food-wise, as far as I was concerned.

I was sorry to leave Ballydehob and go to Dublin, although the birthday party there was amazing and was full of fabulous food, celebrity guests and brilliant musicians, and we all partied into the early hours of the morning.

It certainly was a party fest like no other, and if Harry and Meghan are going to Ireland for their MiniMoon, they will love every minute, as it holds a magic like no other place on Earth.

Why not visit the Ballydehob website and plan your trip