When I was introduced to Sharon Burbridge I had already been told that I would be impressed, but was not prepared for her endless psychic abilities and willingness to share guidance based upon her supreme insights. 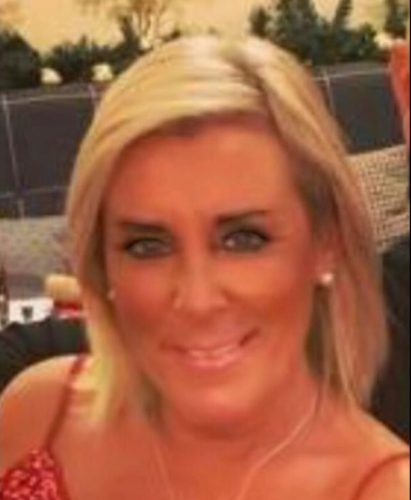 I was introduced to her by a friend, actress Debbie Arnold who described her as an ‘inspiration’.  We met up at the legendary Joe Allen’s in Covent Garden, and I was blown away with the modest generosity of spirit of this lovely lady.  She sported a fabulous tan having recently returned from Spain, and her entire look was far more glamorous than I had envisaged, but without the ego that usually goes with it.

Sharon is more than a clairvoyant, she saw her first apparition at the age of 7.  ‘Mum worried about me at that time, she told me I had an imaginary friend, and played it down about spirits as my mum has always been very psychic and intuitive and seen many spirits herself but never used her gift.’

But it was something that would not go away and Sharon continued to see spirits, including her Nan after her passing, until she was studying articles at a law firm, but quickly realised being a solicitor was not the future she had in mind.

‘I knew it was a different type of life calling, a mission to use my psychic gifts for the greater good, to help people’.

The rest is history as she gave up her law studies and threw herself into learning about Astrology and Numerology as she felt she wanted a scientific dimension to her spiritual work as an ‘empath’.

Sharon explained that when she reads cards she is immediately connected with images relating to the person and the subject matter which puts her into a league of her own.

She has had many triumphant moments throughout her career spanning over three decades, from predicting relationships to someone’s impending success in business.  A recent client has actually met the man of her dreams and is soon to marry him within the time frame predicted by Sharon.  It is quite extraordinary how accurate she is.

One of Sharron’s first tarot readings was with the celebrity Mandy Smith, who was living nearby, followed by her family, which is when she began to realise her abilities and how she could really make a difference in people’s lives.

Sharon has now been part of a massive celebrity circle for many years, with confidentiality as a key element in her clientele.  She has read within Royal circles too, and has had to sign the Official Secrets Act.   Such are her talents and capabilities.

Sharon also acts as a mentor and guide with her readings, and is proud of the fact that with all of her predictions the majority have returned for a second time or more, out of the hundreds of thousands she has helped over the years.

Sharon has been married to her husband Nick for over thirty years and has two grown up children and two beautiful grandchildren. 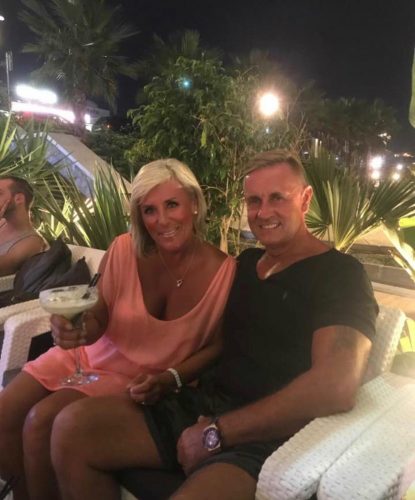 Sharon and her husband Nick

But not all has been plain sailing for Sharon, and she has been faced with some challenging health issues, and has undergone chemotherapy.  But forever the optimist, she feels it is part of her own journey as an ‘empath’, so that she can experience part of the pain of others to understand it.

Sharon’s focus is to help others, and she is also involved in a number of local charities herself.  Her motto is to be kind, and give back whenever you can. 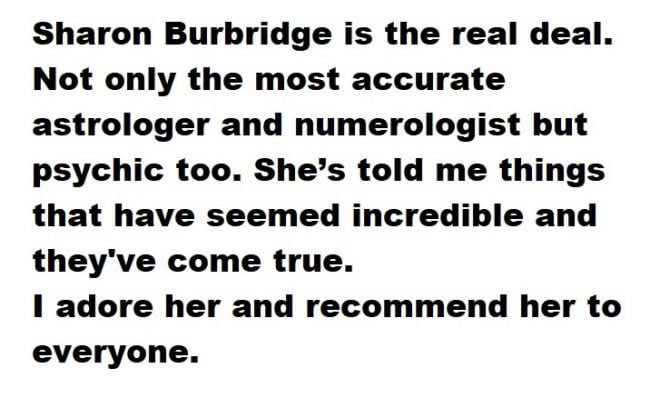 Sharon is currently writing a book with affirmations, which she feels will help people on a daily basis.  She continues with her readings and can take appointments by email.  She will not disappoint, and I can personally guarantee if it is anything like a recent reading she did for me, it will blow you away, transform your life and ultimately enable you to move on.