When the travel company Novasol asked me to write a travelogue on one of their villa destinations in Croatia, I agreed immediately.

Firstly, because I had worked with Novasol before, and as they are celebrating their 50 year anniversary this year, knew that anywhere they sent me would be first class.

I had never been to Croatia and so did a little pre-adventure research and discovered it had the potential to be a very special experience.  I knew that a great deal of movies and TV have been filmed there over the years as I had known an actor who had appeared in Game of Thrones, so decided to check out the most interesting locations. 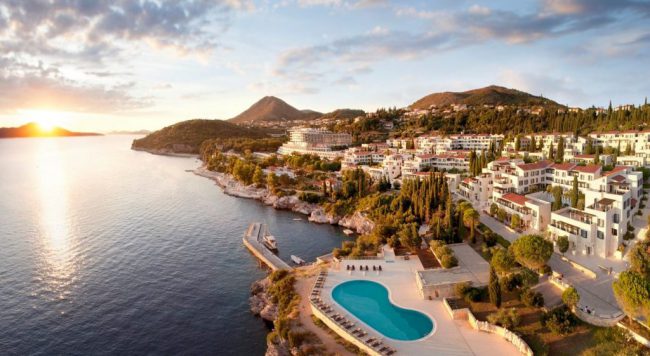 Novasol provide holiday homes all over Europe, and their homes are constantly monitored to make sure they maintain the standard of their brochures.  So I knew I would be very well catered for, but was overwhelmed with the care and attention I actually received.

At my initial request, I had a series of email communications from the owner of the Villa, Ivo Dimnic, in the stunning seaside village of Orasac, just 15 kilometres from Dubrovnik.    Ivo assured me that on arrival it would take just half an hour or so to reach him, and this was absolutely the case.

The short drive from the airport to the Villa was amazing, as the winding coastal roads sported breath taking views of beaches and ancient architecture, which give you an immediate flavour of the beautiful country of Croatia.

Ivo and his wife Ela were there to greet us, as I was travelling with an old friend, theatre Director Frank Nealon, who also wanted to experience Croatia and I suspect, check it out for any future projects.

Ivo and Ela showed us around the Villa which is stunning and also had a bottle of wine and some ‘welcome’ home baked cookies for us on arrival.  We also discovered that Ivo Dimnic is a well-known local artist, and his stylish paintings are displayed throughout the walls of the Villa to enhance the already high spec tasteful interior decor. It is actually spacious enough for two families, and even has a kids room which is set up for their X-boxes and computer games. 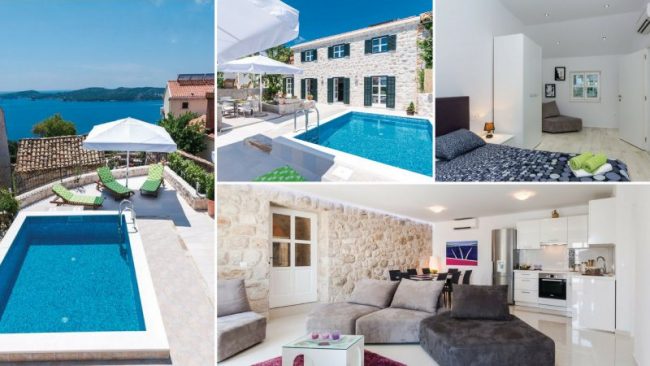 Ivo was charming and offered to drive us into town and show us some beauty spots, but we had hired a car and so didn’t want to put him to any inconvenience, but it seemed that nothing was too much trouble, and so we planned to meet up with him later in the week in Dubrovnik.

The Villa is set high on the hill of Orasac, and so the views over the bay are outstanding, with the little boats and the bigger trawlers making a magical picture as we sipped our wine and relished our first evening in Croatia.

We decided to stay close to home on the first day, and so walked down the steps to the bakery below to check out where to buy fresh bread for breakfast the next day, and then ventured down to the Hotel below the Sun Gardens, where we had a fantastic meal in one of their restaurants open to non-residents, overlooking the beach. 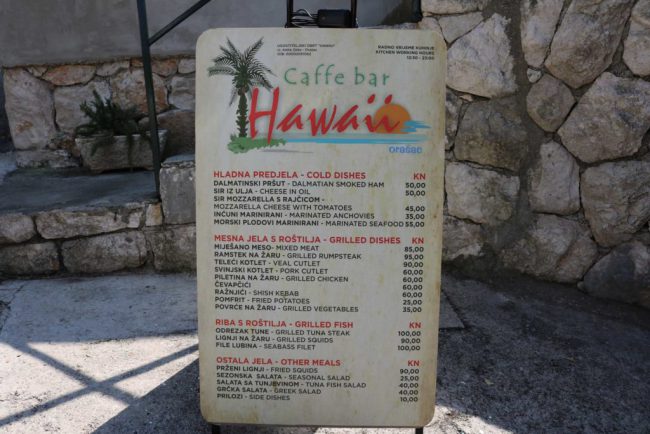 We discovered too that the white wine from Orasac is famous in Croatia, and the seafood delicious.  So we were really set up for a fabulous Croatian vacation. 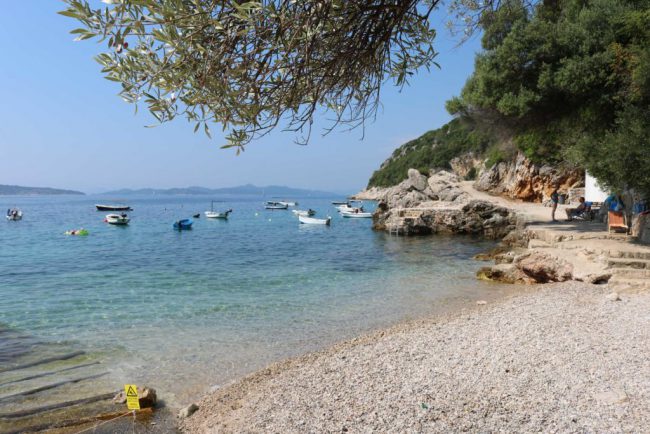 Watch out for more adventures in Croatia on Glotime.tv shortly when we report on more food, beauty spots and culture.