As part of the Glotime UK Challenge, we share a formally closely guarded secret as we explore the idyllic fishing village of Hope Cove in Devon. 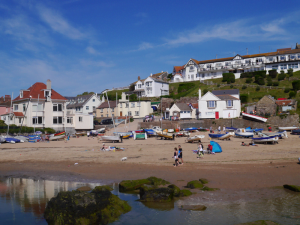 During the War many young evacuees were scattered across the countryside to escape the air raids that were excelling across the Capital.

One of the children to be sent away by their parents was a young Sylvia Thomas and her sister Betty, alongside Sylvia’s classmate Julia.

As they embarked the train with hundreds of other kids, they had no idea where they were heading, but were among the lucky ones who arrived at Hope Cove to be chosen by the local residents who had been elected to house children in their care. 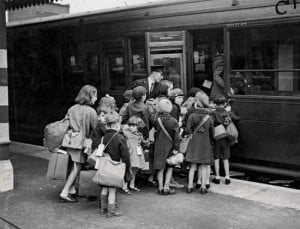 Sylvia and Betty were the last to be selected, perhaps because of their less than glamorous attire, as they believed in later years, with their ‘pudding basin’ hairstyles, as their mother believed that if they looked ‘ordinary’ they would be selected by good well meaning folk – she was ahead of her time.

Her plan worked and Sylvia and Betty were indeed chosen by a hearty farmer husband and wife who fed them fresh produce every day and treated them as family, being childless through no fault of their own. Sylvia and Betty stayed in touch with them for years after the war ended, and visited them every year until their passing in the early eighties.

So Hope Cove was the place they spent those troubled War Time years, and yet it was a place they played safely and without fear. Remembering recently – Sylvia spoke of plays that she and Betty rehearsed and performed within the rocky inclines on the beach with their friend Julia and other children who had also been evacuated from London.

You have probably guessed that Sylvia Thomas was indeed our very own Sylvia Anderson who has recently passed away, and who went on to become one of the first Film Producers in the UK in the sixties and the creator of the iconic Lady Penelope and co-creator of Thunderbirds and a host of other programmes.   She also co-founded Glotime.tv. 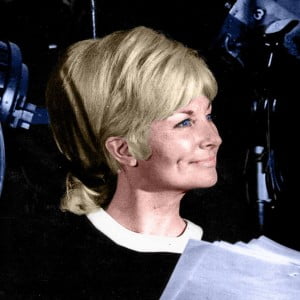 These days, Hope Cove still lives up to its name and is a top rated five star holiday destination. It is a beautiful coastal sanctuary, and the picturesque fishing Village of Hope Cove is two villages in one – Outer and Inner Hope. At Inner Hope there is a collection of cob or stone cottages around a tiny square.

The Village of Hope Cove nestles in the shelter of Bolt Tail in the curve of Bigbury Bay, with clean sandy beaches and delightful and varied scenery along the rugged Coastline.

Perhaps you too could cherish the beauty and simplicity that Hope Cove offers for you, and as you do, remember how it became a refuge for so many young people when they needed it the most. 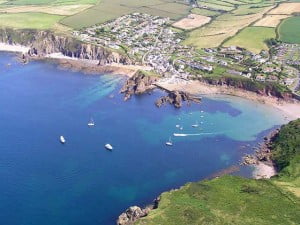