Eat Yourself Skinny for Christmas

A year after giving birth to three children, two of them twins, I caught a sideway glimpse at myself in the bedroom mirror and said ‘enough is enough’ – I was running out of excuses.

Weighing in at a robust 15 stone, and as I am 5ft 8ins in height felt that I ‘carried it off’. Both friends and husband had tactfully told me that this was the case and after all, looking after three kids under four was no mean feat.

All of this was true, but the truth of it is I just loved eating foods covered in high calorie sauces and high in fat content, and am prone to indulging in chocolate and relaxing at the end of the day with a glass or two of red wine.

It was a Monday morning when I made the final decision to take action, as I had indulged in the most sumptuous meal the night before with friends, as I prepared pulled pork and chunky chips followed by banoffee pie and an entire cheese board of full fat brie and dolce latté.

I had tried Weight Watchers and various fad diets which had worked for a while, but when I stopped had piled the weight back on again.

A couple of friends had told me about Slimming World and how it was different from other diets as you could eat loads and never be hungry, but it was about the content and not the quantity. So no painstaking weighing and tiny portions of food. It was all too good to be true, but I decided to attend the local Slimming World class which happened every Wednesday in my local village. 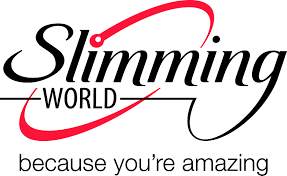 I am telling you this now as it was just before Christmas, and I knew that if I didn’t do something about it I would just put on another half a stone over the festive season.

I had envisaged a mean mouthed sadist similar to Fat Fighters in Little Britain, but instead was greeted by a rather lovely lady who was very sensitive when I weighed in and told me I was doing well, but it was good to nip it in the bud and just control the weight gain, but that she didn’t want me to lose it too fast or feel I had to compete with the other members.

That was a good thing for me as I am competitive by nature and so refrained from aiming at ‘Slimmer of the Week’, but after two weeks did achieve a special prize for losing four pounds.

Now, ten months later I am a healthy 12 stone 10 lbs and am happy to just lose a few more pounds and am enjoying the camaraderie of the group meetings.

It is true I relate more to certain members as with any group of people, but have made a couple of friends I can swap recipes with and have met up with them socially as we have kids and similar interests in common.

You also don’t have to change your lifestyle that much, and can still drink alcohol in moderation and enjoy the odd chocolate bar. These are classed as ‘sins’ and are encouraged so that you don’t go off the boil with boredom.

The most attractive element of the Slimming World ethos is the clever strategy of the diet which is as long as you eat low fat foods, you can more or less eat as much of these foods as you like.

These are called ‘free’ foods and range from bananas and other fruit to meats and vegetables. As long as you stick to the diet you lose weight immediately and never go hungry. Did I say that before? Well it needs to be repeated because it is hard to believe, and the only reason I have stuck it out.

Here is a Slimming World recipe to try:

Grilled Cajun-spiced chicken, wedges and corn on the cob 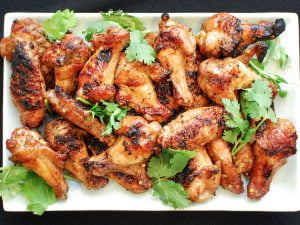 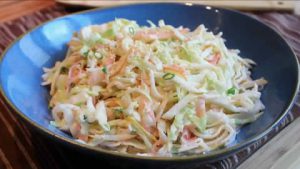 Preheat your oven to 200°C/180°Fan/Gas 6. Cut a few slits into the chicken drumsticks and thighs and put them in a large roasting tin with the wedges. Sprinkle over the Cajun seasoning and toss everything together.
Roast in the oven for 50 minutes, mixing occasionally.
Add the corn cobs halfway through the cooking time.
For the coleslaw, put the cabbage in a colander.
Pour over a kettle full of just-boiled water, letting it drain, to soften the cabbage slightly. Cool it quickly with cold water and let it drain again.
Add the carrot to the colander. Sprinkle over a good pinch of salt and mix well (this both seasons the veg and draws out some of the moisture). Leave to drain for 15 minutes.
Transfer to a large bowl and mix together well with the mayonnaise and shredded spring onions.
Divide the spicy chicken, potatoes and corn cobs between 4 plates, garnish with chopped flat-leaf parsley and serve with the coleslaw on the side.
See more recipes at: http://www.slimmingworld.co.uk/healthy-eating/recipes.aspx