Extreme Pet Grooming – Are we taking it too far?

From extreme grooming to dressing our pets in clothes, what takes it from ‘normal’ to possibly ‘dangerous’?  Are following these trends without prior knowledge really worth the risk?

Despite its growing popularity, the grooming industry remains unregulated, putting uninformed pet owners at risk of exposing their animals to harm. There are concerns that pets can be ‘frightened and distressed by the various extra treatments on offer, such as facials and pawdicures offered at a growing number of dog spas’, the RSPCA has said.  Some who are on the side of extreme grooming, say the treatments are harmless fun as long as the pet is happy and freely compliant. They also argue that it is more concerning that most animals are not groomed enough, stating infections, overgrown nails and severe matting, as some of the alignments these pets face. 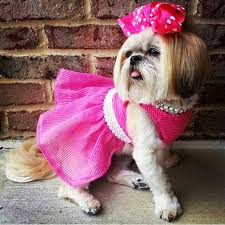 There is also a belief that pets are increasingly treated as an alternative to children and their owners are choosing to spend more money and attention on them. However, can this excuse the use of potential dangerous dyes on their fur, especially around their face? Would we allow parents to do these same things to children? You wouldn’t imagine giving them body modifications, at least we hope not.  While it is important to groom pets, by brushing them daily (or more for specific breeds) and brushing their teeth daily (important for cats and dogs), changing their appearance to such extremes turns them from intelligent, sentient animals to being viewed as novelty accessories. RSPCA said that, even if a dye is marketed as ‘pet friendly’, they would strongly advise against it. 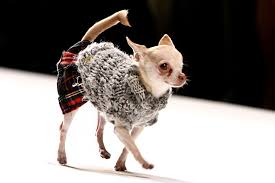 Like people, pets can have negative reactions to dyes and even if no reaction is seen can be a silent killer when dye is eaten when they groom or absorbed through their skin. Unlike people that can give consent, animals cannot do that and instead we should keep what we offer them, from food to their enrichment as natural as possible. It is important to keep grooming to their needs. They are shouldn’t be seen as fashion accessories to try out the latest trend on them.

From extreme grooming to clothes, surely dressing them up is a better option, as it is only temporary – but even that comes with its caution? The risks aren’t worth that cute photo. Even though you can “aw” at those photos, you would probably find the photo just as cute if it was the same without the clothes. It shouldn’t be the enhanced image that make the animals appealing to look at, it is the animals themselves. 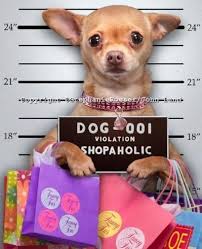 Animals without these man-made clothes are better. There are only a few exceptions to this, for small dogs and short-haired varieties when it is too cold for them, such as walks in winter and when it is raining., or specifically made medical aids. People love their pets and the retail trade have latched onto that, bringing fashion for pets a widespread money-making scheme. Clothing on pets can cause animals to be stressed, overheat and possible skin damage. Surely we should let them be their natural selves we fell in love with? Any animal is a commitment and their needs should always be put first.

Have a pet? Share a photo of them with us. Find us in the following places and continue the discussion.