“EXTREMES” the classic 1971 Supertramp film to be released on DVD

When Society became permissive the Youth culture in England exploded into technicolor life allowing an anything goes freedom of expression. EXTREMES focuses on the Isle of Wight festival, urban street life and the hard drug scene. Eye opening, harrowing and sometimes amusing this is a must see film of its time.

Made by Tony Klinger and Michael Lytton, then aged 19 and 21 this is documentary making at its raw edge, with cameras recording the wild times of young people seeking new ways to express themselves. Natural, informative, dynamic and sometimes sad this is a film about a time never to be repeated.
An Outstanding film of the year at the London Film Festival 1971. 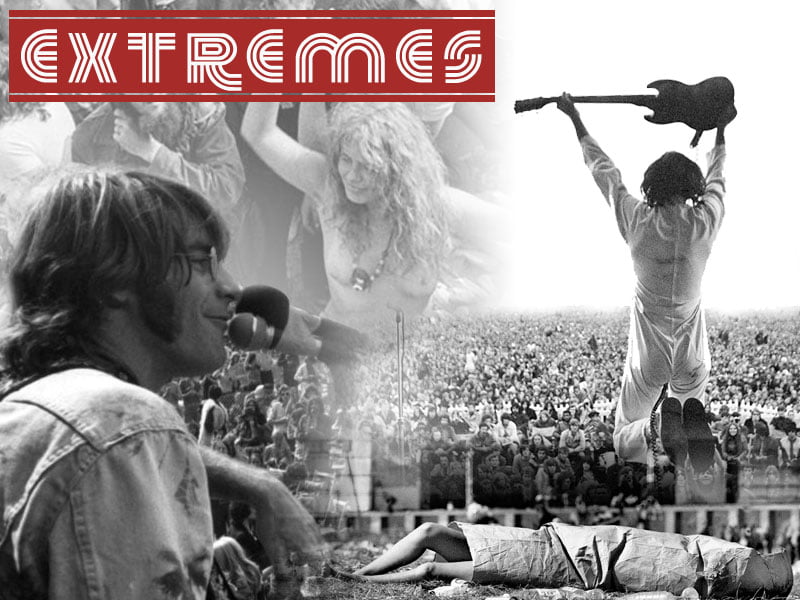 Available for the first time on DVD. “EXTREMES” is the 1971 film Directed by Tony Klinger, Mike Lytton. It covers the whole gamut of present day human behaviour, from carefree pop fans bathing nude at the Isle of Wight to withdrawn, pathetic junkies hastening their own deaths with hard drugs. Such is the range encompassed by the so-called “permissive society”, doubly significant because it usually involves young people who have either never known discipline or are rebelling against an overdose of it. They can’t change society so they have no alternative but to drop out from it. In some of the most natural and remarkable film footage ever obtained, Tony Klinger and Michael Lytton have captured a unique cross-section of them going their chosen ways, and talking freely and frankly about doing so. Nothing was pre-arranged, nothing rehearsed: everything was filmed as it happened. Hippies, homosexuals, junkies, Hell’s Angels, alcoholics, drop-outs – all fall into the category of nonconformist minorities.

Accompanying this incredible film is an equally amazing sound track produced by Supertramp, Arc, Crucible and others. The sound track album was released on Deram and is so rare it sells for in excess of £250 and has never being be released on CD before.