FITNESS WITH NIBBLES – THE WINNING FORMULA

They say that every successful creative enterprise is 10 percent inspiration and 90 percent perspiration, which brings me to the ingenious invention of Nibble Protein Bites, by its founder Erin Moroney.

I say this because Erin is a true creative, having successfully run and co-owned a photographic business for more than 12 years, and was also an agency Art Director and Producer, so nothing to do with food – but she knew there was something wrong when she was constantly tired with low blood sugar, and her nails and hair suffering in the process.

As an avid vegetarian Erin felt she was doing everything right, but when she was told by her nutritionist that she was ‘protein deficient’, and as she was about to run a marathon, she knew it was time to take action for herself, her family and ultimately the rest of the world. 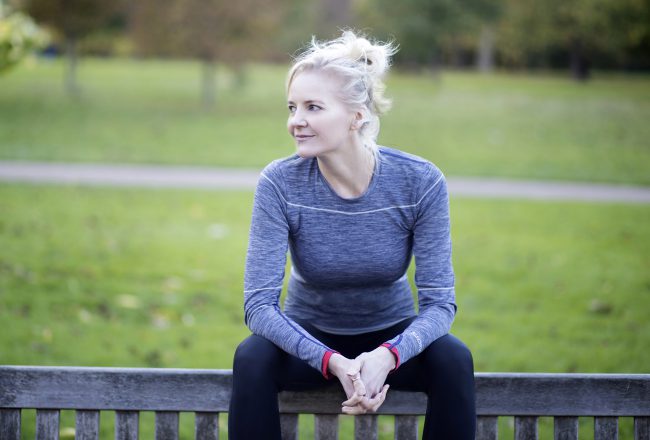 She had previously spent weeks trolling the supermarkets and health food outlets, and discovered there was a serious crack in the market for protein rich snacks.

Erin knew absolutely nothing about creating a food product, let alone launching it onto the competitive market place, but through sheer determination, serious research and her own creativity and passion, she now has her own Brand, which can be purchased in a number of leading outlets, including Harvey Nichols, Harrods, Ocado, to name but a few.

As Erin says ‘We use the finest natural ingredients including antioxidant-rich dried plum purée and a blend of toasted pumpkin/sunflower seeds and crunchy protein crisps (TELL ME MORE. .. ). The bites are super nutritious, with less sugar and more yummy flavours. Perfect for healthy eating on the go.’ 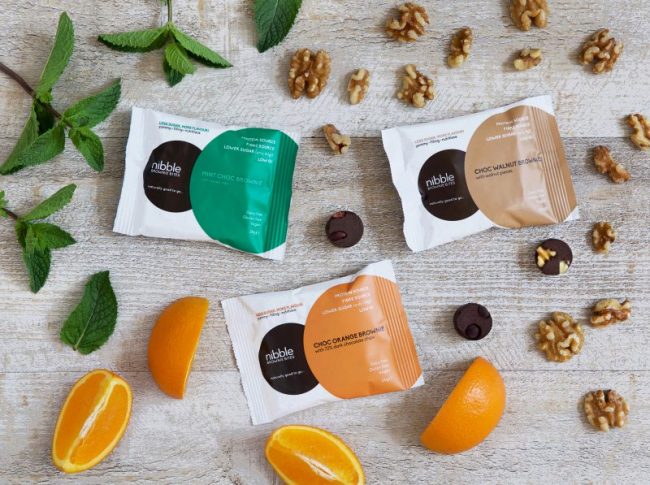 Erin has now been nominated for the prestigious Catherine Awards from the Variety Club of Great Britain.

We are really excited to announce that Nibble’s founder, Erin Moroney, is a shortlisted nominee for a prestigious VARIETY CATHERINE RISING STAR AWARD.

Founded in 2016 by Variety (the children’s charity), the Variety Catherine Awards recognise the contributions of women in business. The Rising Star Award honours women who are making a difference in their chosen field and are “women to watch” for the future.

With awards across a range of sectors (including finance & banking, professional services, creative industries, science & tech, and retail/fashion), Erin is the only nominee from the food industry.

Erin started developing our innovative bites two years ago, after a long career in the creative industry.

The awards are being held in London on the 13th of November 2018.

Well, this is a slightly different story! Nibble Brownie Bites were inspired by Erin’s 12 year-old American niece, Julianna. Julie is a notoriously fussy eater who rarely ate any protein (but loved brownies). To help boost her niece’s protein intake (and lower her sugar consumption!), Erin set out on a mission to develop a brownie recipe that passed the Julie-test (ie. it couldn’t look too healthy otherwise she wouldn’t even try it!). Erin’s older nephew, Austin, is a chocoholic (and already a Nibble Protein addict) so he’d love these too. Roughly based on the original recipe, these bites would only include “brownie-stuff” (no seeds or healthy looking bits)—with some sneaky protein snuck in. The brownies proved so popular, they sparked a whole range (with a note to Austin & Julie on the back of every pack)!

And in total contrast to the first range, the brownies came together very quickly (most of the painful points had already been worked out!). You’d never know these little bad boys were 20% dried plum purée (and 18% plant protein). 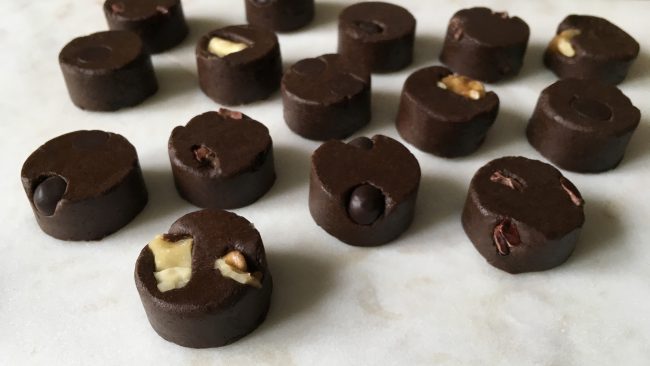