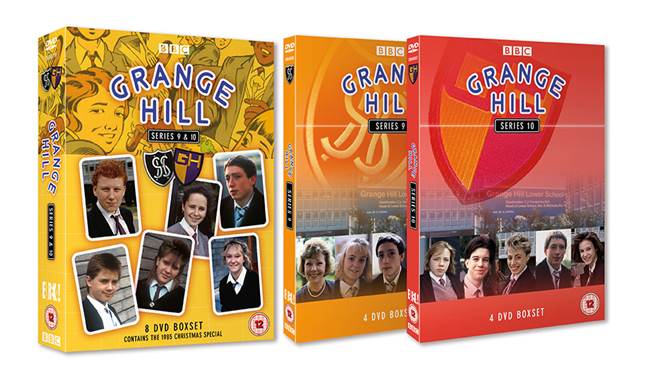 New pupils Eric ‘Ziggy’ Greaves, Danny Kendall, Georgina Hayes & Ant Jones are amongst the fresh faces piling through the Grange Hill gates & Zammo makes some bad decisions when he should ‘Just Say No’.  Zammo’s behaviour becomes increasingly erratic & It’s Roland who eventually discovers the shocking truth. The thorny subject of smoking is tackled with new student Danny Kendall taking every opportunity for a crafty cigarette. This leads pupils to set up an anti-smoking campaign, which also targets the teachers!!  In other news the ever entrepreneurial Gonch serves up his latest money-making scheme, anyone for a slice of toast? 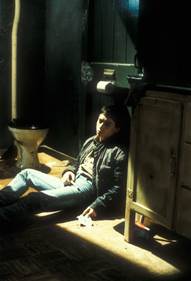 Imelda Davis continues her campaign of carnage & bullying, creating difficulties for pupils & teachers alike. It’s a tough year for Danny Kendall as he battles Cancer. Roland starts up a School Fund to help pay for his treatment.   A sixth form barge trip is certainly eventful as Gonch, Ziggy, Rob & Trevor first manage to crash the boat, then send it floating off on its own with stowaway (& former Grange Hill pupil) Ant Jones inside. The school gets its own Radio station, Zammo & Jackie get Engaged; & what will happen to Harriett the Donkey…? 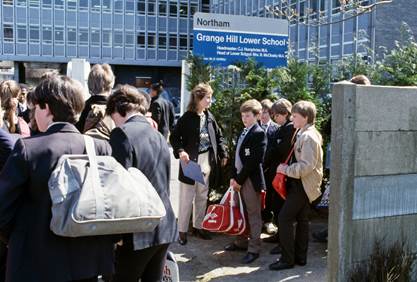 The School Christmas Fayre preparations are underway. Roland faces Christmas alone & Calley can’t decide which of her parents to spend the festive season with.
At the Fayre Zammo & Banksie’s “shaky hand” machine proves popular, as does the wet sponge stall (especially with Mr Baxter as the target!!). Gonch & Hollo unwittingly unleash pandemonium when they unlock a storeroom & a Donkey runs out. Merry Christmas everyone!! 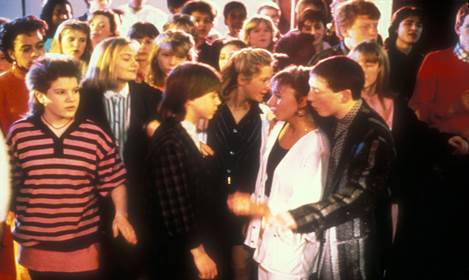 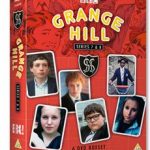