A brave beginning in every sense as Zora Panic, a frustrated young freedom fighter come cook played exquisitely by Martha Dancy, opens the Play on a deserted stage.  Her job is to warm up and amuse the audience and ultimately Randolph Churchill himself, against a backdrop of WW11 and nostalgic music of the time, and she wins hands down on every count. 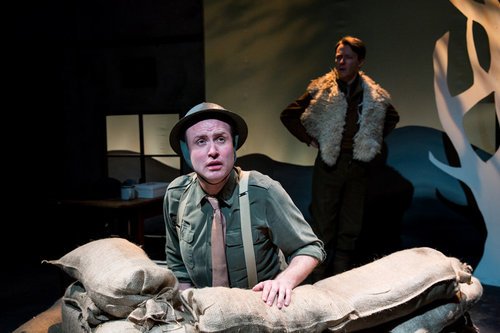 This extraordinary play by writer James Hugh MacDonald is based on a true story and is skilfully directed by Andrew C Wadsworth. 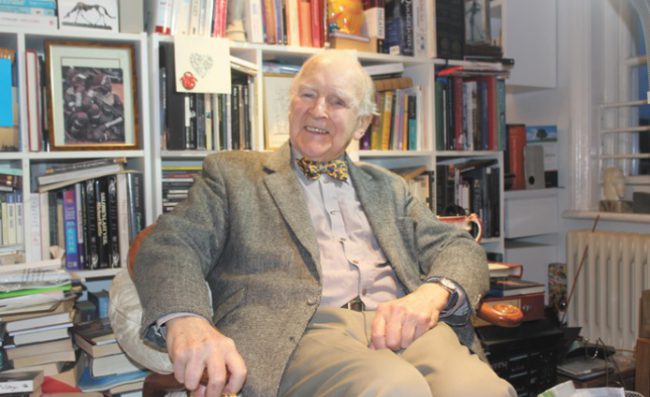 Mr Macdonald who is seeing the Premiere of his first Play at the age of 91 said: “When I read that Waugh and Churchill had been together in this farmhouse in Croatia and Waugh had got Churchill to read the Bible in a week, that seemed to me a godsend plot”.

Happy Warriors, set in a farmhouse in Topusko, a small town in Croatia, formerly Yugoslavia, is based on a true story from World War II. The comic plot sees author Evelyn Waugh, best known for Brideshead Revisited, antagonised by Randolph, son of Winston Churchill. 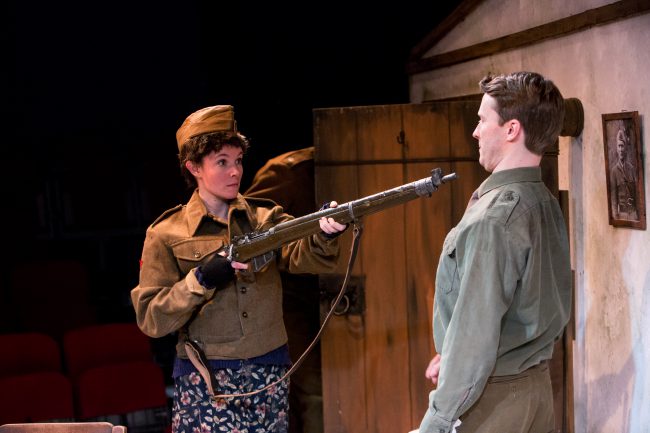 Winston Churchill had sent his son, who had the rank of Major, to join the mission in Yugoslavia, and Randolph who was well known for his overly high opinion of himself, was complaining that he lacked companions of his own social and intellectual standing.  Hence Evelyn Waugh, an old chum of the Major, was factored in as a companion to keep him ‘happy’.

As we observe the constant banter and bickering between the two, we are torn between thinking that Churchill regrets requesting such a challenging companion, as it certainly seems to backfire, but is it more of an obvious distraction where war and death beckon at every turn.

As Mr MacDonald says “There are two strong characters, and both want something the other is not prepared to give – and one way or another they succeed or don’t succeed.” 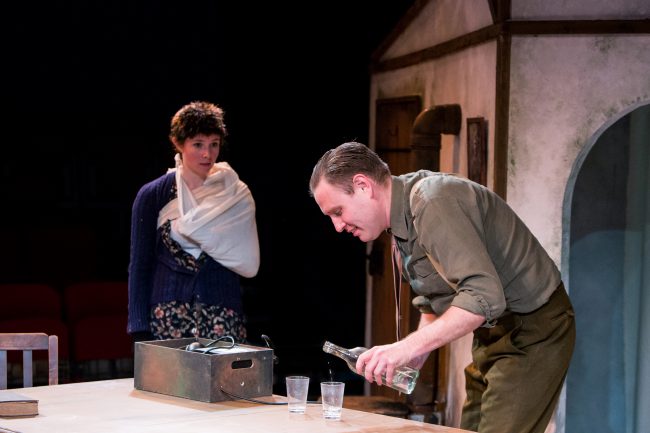 Mr Macdonald’s play was picked up by Joan Lane, from Wild Thyme Productions, one of the early backers of the script for The King’s Speech, which went on to win an Oscar for best picture in 2011.

Simon Pontin as Randolf Churchill not only exudes the arrogance and grandeur of the Major, but reveals his weaker traits as he is relentlessly challenged by his counterpart, Evelyn Waugh.

Evelyn Waugh, beautifully portrayed by Neil Chinneck, is resilient in his goading of Churchill, who in turn reminds him of his Senior ranking – but Evelyn is not deterred and his pay back is deftly dealt in all forms of emotional and verbal inquisition. 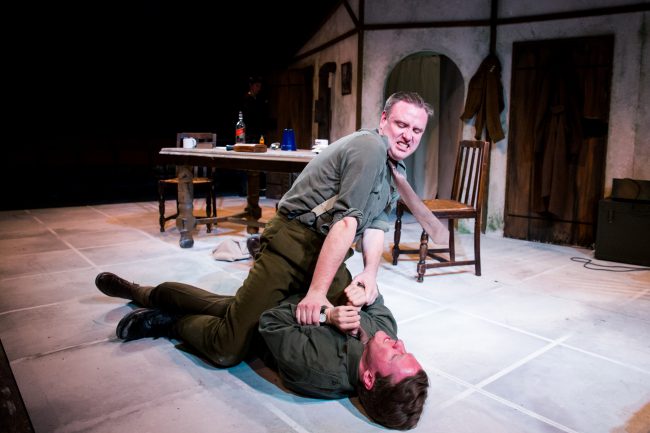 A wordy piece in every sense, but judging by the audience on their first night at the Gatehouse Theatre, the Play has a charm and longevity that like its subject matter will more than survive the passage of time. 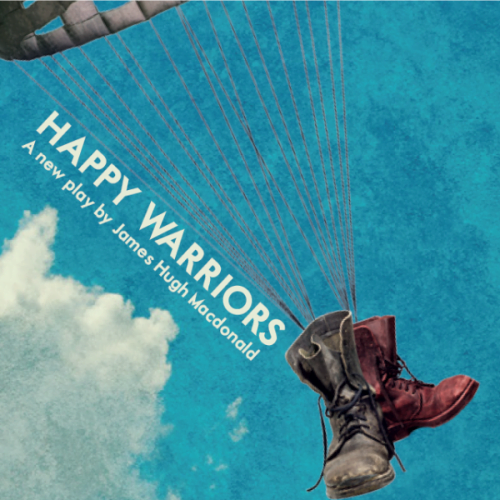