I Love Lucy – The Complete Series

I Love Lucy is an American sitcom which ran for six consecutive years in the fifties in the United States. It was at one time the most watched show in the United States winning five Emmy awards and still reaches a staggering 40 million viewers every year.

It has since been translated for broadcast across the World into numerous territories, and has been heralded as one of the most influential sitcoms in history.

It has to be said that Lucille Ball, who starred in the Series alongside her husband Desi Arnaz, broke the boundaries of Hollywood Leading ladies with her ‘real’ appearance and maternal approach – which initially had Studio bosses reeling as they tried to prevent her from appearing on television in leading roles. Lucille fought her corner and won, and shortly became one of the best paid female stars in Hollywood and able to buy back one of the studios who had turned her down! 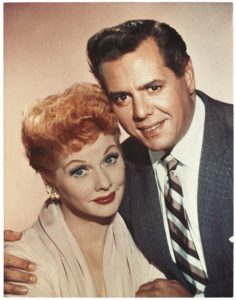 When told she was the most funny woman in Hollywood she replied ‘I am not funny, what I am is brave’. But funny she was and the show is still as entertaining as it was six decades ago, with the escapades of the zany redhead with a big heart and even bigger larynx!

Lucille Ball has many famous fans from Reece Witherspoon to the late Joan Rivers, and millions of fans across the world of all generations. 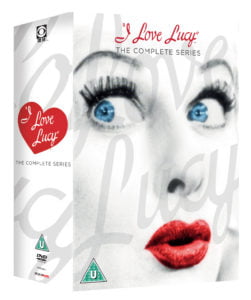 The release of the DVD is monumental, and a ‘must buy’ as part of the showbiz heritage of great comedy which has stood the test of time.

Mediumrare Entertainment is proud to announce I Love Lucy available

I LOVE LUCY: The Complete Collection

The sitcom that set up standard for the genre, I LOVE LUCY features Lucille Ball as scatterbrained housewife Lucy Ricardo. Joined by husband Ricky (Desi Arnaz), a nightclub bandleader, and the couple’s best friends and landlords, Fred and Ethel Mertz (William Frawley and Vivian Vance). Lucy’s antics and hair-brained schemes have captivated generations of audiences, making her one of television’s most iconic and beloved characters. Whilst most shows come and go only to be forgotten, there are some that are assured of their place in television history; I LOVE LUCY is without doubt one of them.

Enjoy for the first time on DVD.