IS BORING THE NEW SEXY – WHAT QUALIFIES AS COOL?

In my teenage crush dating years, we all rallied against what our parents had in mind for us.  A budding accountant, medic or law student who has a ‘profession’ was what they imagined for us, and instead we would go for the ‘bad’ boys, the bikers, musicians and in the case of one of my class mates, a local bouncer.  Most of us wouldn’t want to be seen dead with anything less than ‘cool’ as we hung out at the local café or meeting place.

A good example is the iconic film Dirty Dancing when middle class daughter of a doctor meets holiday entertainer and falls in love.  We see her being pursued by less than enigmatic son of the hotel owner in the beginning, only to become beguiled by the ‘bad boy’.  It all works out in the end as the ‘bad boy’ actually turns out to be the one they can trust, so her blinkered father, (who would have preferred the ‘untrustworthy’ graduate from Harvard), comes round in the end. It does seem scary that we had to tread the path of ‘dangerous’ so that our kids could find the way.  I remember taking illicit motorbike rides with my best friend’s elder brother – on his brand new motorbike, without a crash helmet or even a hat!  Way before health and safety or even sensibility kicked in, and being reported by a local gossip to my mum.  She very cleverly didn’t tell me for years as she knew it would encourage me to do it more.  But I would be horrified if I witness my daughter doing the same thing. The first time I realised that things were turning around was when my teenage daughter came home with a very respectable law student, and we all silently heaved a sigh of relief as I was expecting a return of my own youth when my first ‘boyfriend’ was a pickup in a local music festival sporting a guitar and a plethora of tattoos.   I didn’t mention this to her of course, as she would have been horrified at her mother’s misspent youth, but it did get me thinking.

Perhaps it is the influence of my good parenting, or the recent success of Suits and introduction of Meghan into our Royal clan, or the inclusion of ‘sensible’ into our most controversial TV programmes, but something has changed and hopefully for the better. My daughter now spends hours on the phone to her boyfriend discussing legal disputes and solutions, and is now wanting to become a lawyer herself!

Even with the dreaded Love Island which the kids insist on watching, their star Doctor is now being given the opportunity to appear on Breakfast TV having revealed all on the beach, and I don’t just mean his fake tan. 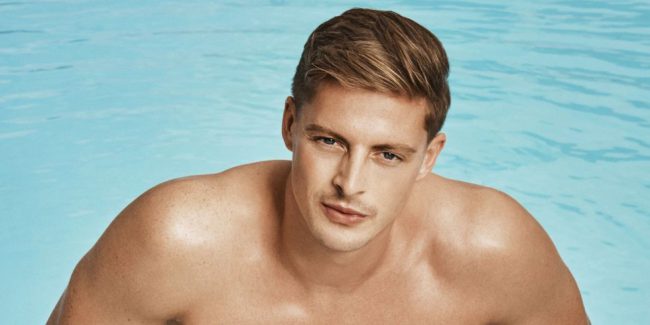 But is this something we should welcome with open arms, or are you like me from the era when the protagonist was the penniless but heroic champion?  Maybe we should save that for our own bygone fantasies, or if we see our offspring following in our footsteps, remind them as well as ourselves, that ‘Boring’ is definitely becoming the new Sexy.