Issac Asumadu – Talented Musician – We Share His Story of Success

ISAAC ASUMADU is our latest discovery in our Search for outstanding musical talent on Glotime.tv. 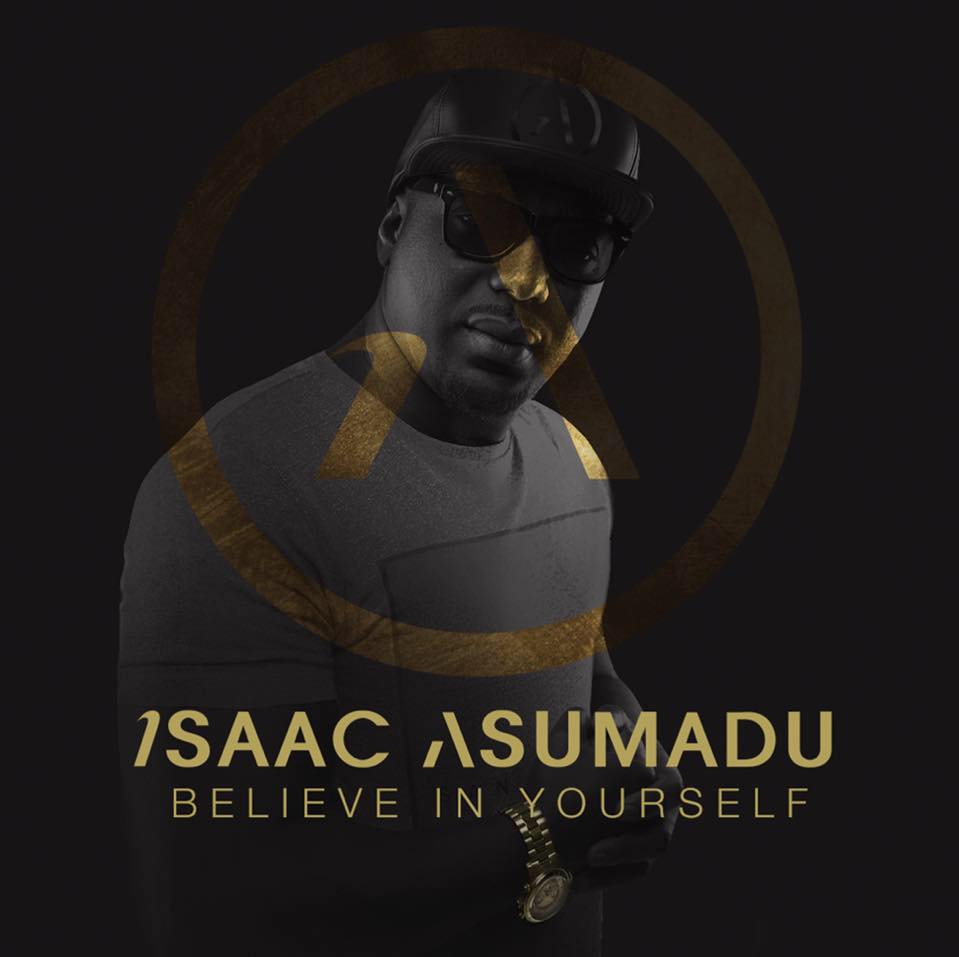 Isaac has been working the circuit for more than ten years as an accomplished keyboard player, but now as a young man in his early thirties, he remembers when times were not so encouraging.

Isaac was born in Ghana and was the eldest of three children born to Esi Yeboah who was a single mother.   When he sadly lost his Esi to a mystery illness when he was ten old, Isaac had no other living relatives apart from his two sisters of eight and nine years of age – and they were left alone to fend for themselves.

‘I really didn’t believe I would survive’ said Isaac ‘but I believed in God and prayed that somehow I could find food and look after my two younger siblings’.

Isaac’s prayers were answered and he found solace with the local Church who helped provide food and shelter. It was here that he discovered an old piano, rarely used, but Isaac believes that it was this that ultimately helped him to heal. Every day he would creep into the church and teach himself to play, ‘it was as if my hands were guided over the keyboards’ says Isaac. ‘I believed it to be my late Mother at that time, as I had many spiritual experiences back then in Ghana’. 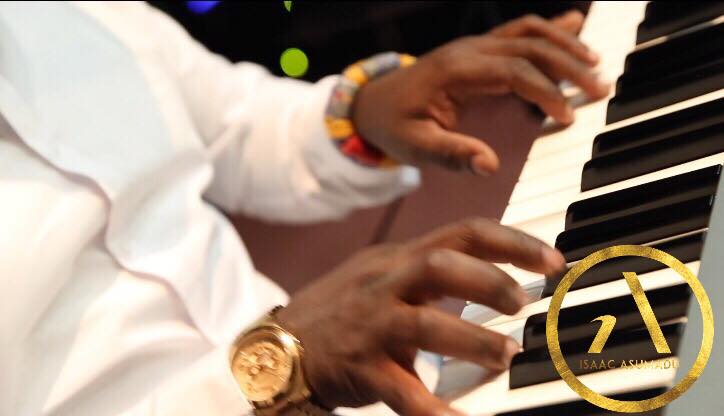 But Isaac’s success story continued when he managed to get enough money together to fly to the UK, sleeping on the floors of friends and taking whatever work he was offered as a musician.

Isaac continued to study piano and became so accomplished that he supported the likes of Craig David, Alex Catania, Jammie Scott and Jamelia as he established himself as a top ranking musician.

From the moment he arrived in the UK he would send money back to his sisters in Ghana who by now had achieved their own success by being accepted into College with Isaacs constant support. They both graduated and are now doing really well and working as trained beauty therapists.

For the past two years Isaac has been working on his own amazing Jazz Album, which is being launched at the UNDERBELLY – 11 HOXTON SQUARE, LONDON N1 7NU on Saturday 3rd December.

This is an evening of entertainment not to be missed, and he will be supported by established guest artists from the world of Music and Television.

Make sure you buy tickets now as they are selling fast and be part of the ongoing success of this amazingly talented musician.

Tickets are priced at only £10 and available to purchase on-line from http://www.isaacasumadu.com/Isaac-asumadu-live-in-concert/ 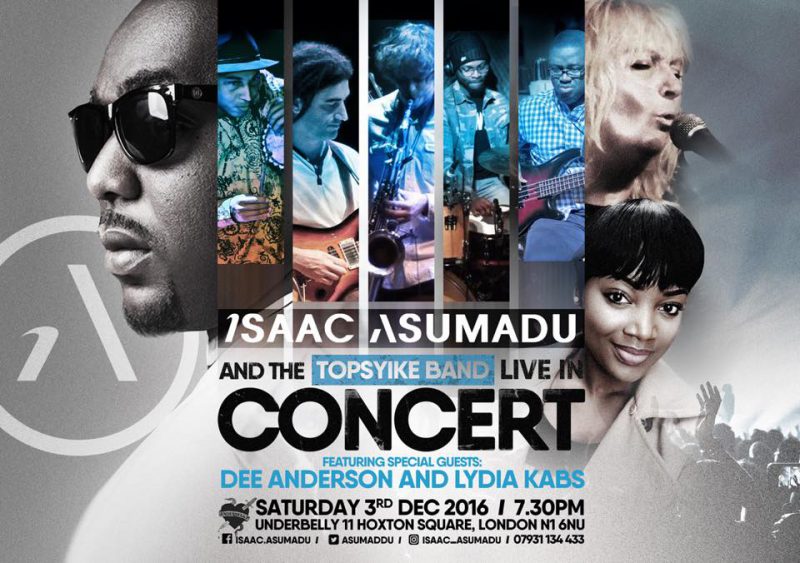