When I spoke to the inimitable Jim Davidson in the wake of the tragic untimely death of Caroline Flack, it was evident that he was reflecting the truth in a way only  someone with his intelligence and ultimate familiarity could comprehend. 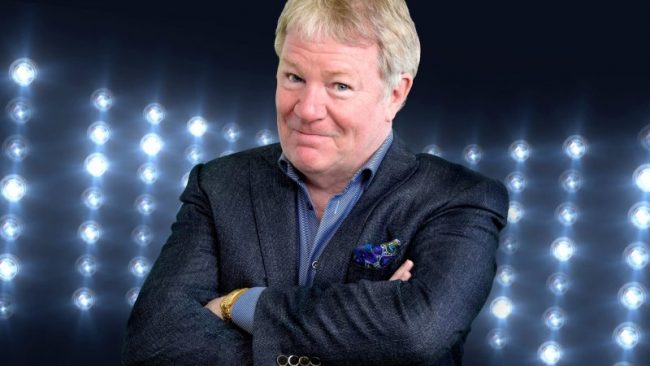 Jim has been involved with a commendable charity Care After Combat for a number of years providing professional assistance for the care of the Veteran and their family.  So as well as his own legendary recognition and experiences in television, he is also familiar with the aftermath of a major trauma or threat to life, and so the most qualified to speak on the subject.

Here is what Jim has to say:

‘It is with great sadness that we read about yet another “celebrity” taking their lives. I did not know Caroline Flack and I’ve never seen her on television. This would probably come as a shock to young ladies under the age of 40 to whom Caroline would’ve been a big star. Today I’ve been reading about Caroline’s tragic life. Although it wouldn’t seem tragic to people with normal lives or the families and friends of veterans taking their lives as well, it is nevertheless a sad story.. One that is, I’m afraid, all too predictable… In hindsight of course! so.. Let’s look back… 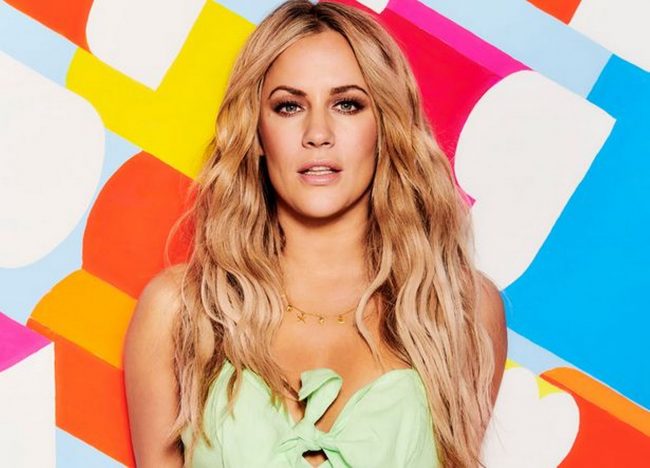 One day, someone invented the reality show. We all know reality shows are not real, but what they are, is a money making machine. It is no good having a high rated television show if all the money goes to the stars that appear in it. One can imagine that Morecambe and Wise got huge fees. I bet the producers were thinking,” how can we get these ratings without Morecambe and Wise?, then, we can keep all the money. Producers then made their own stars. Lads like Ant and Dec..who were not an act but were nice and could read the auto cue. They were cheap..they were also brilliant and confirmed what the producers thought. Ironically, now they cost ten time what Morecambe and Wise got paid.

First of all the reality show took the style of following round middle-aged men building houses, and then people selling houses.. Or cooking. Then we had cameras following the police, the Navy, the army. All these programs deliver great ratings and best of all, are cheap to make. 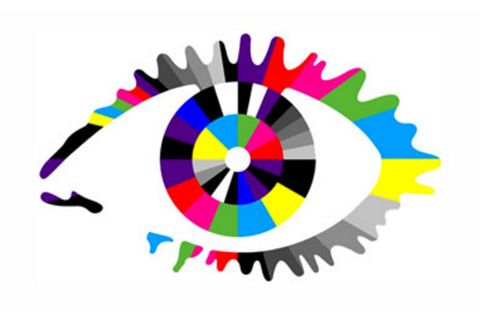 Then along came Big Brother. Not only was it cheap to make, the stars were the public. There was no money to be paid.. Not only that, the viewing public would phone up and pay their money. The people with the most votes, or should I say the people that make the TV company the most money… won. I’ve often wondered if anybody on the phone in shows has published how many votes were made?, and in fact were the winners chosen by the public or the producers? If I was a television producer I would not let the public choose who was going to be on my show next week.

When I did the Generation Game I would ask the audience to vote on their little clickers. They weren’t plugged in… The producer would pick. 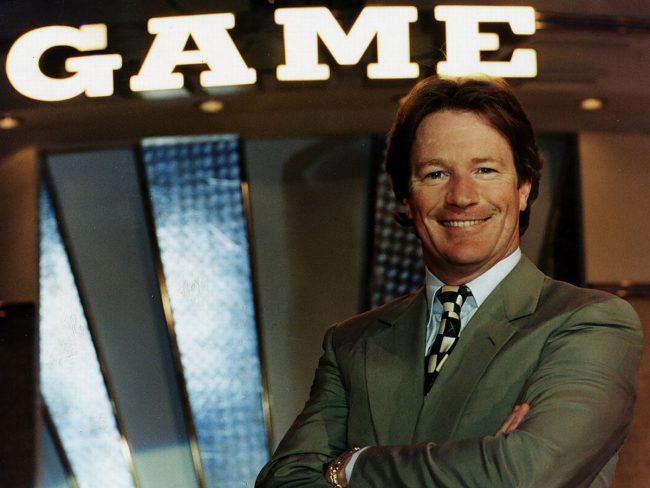 TV companies aim to attract viewers in the 18 to 35 bracket. These are described as people with disposable income.The TV companies then started promoting in house runners and researchers to become producers. Reality TV is produced by young women mostly. They know everything about fake tan and drawn on eyebrows. They deal with people who have no talent apart from being pleasing on the eye. Young producers know what the TV execs want…big ratings and watched by the disposable income mob!

Programs like love Island are really just spin-offs from Big Brother. Everyone is looking for the pot of gold.Love Island promotes vanity. It tells the young viewer that you can aspire to be like one of these people. you don’t need talent, If however you’ve got a bit of talent, do not have a six pack, or eyebrows like a ventriloquist doll, you can go and do X factor and sign your life away.

That seems to be a few tragedies linked to Love Island, and I’m not surprised.
Let me for a second talk about what I actually know about. My best friend and superstar Keith Emerson took his life.
I’ve often wondered why did it. In 1978 Emerson Lake and Palmer played to 88,000 people in the Olympic stadium in Montréal. In California they were top of the bill to a festival that attracted 250,000 people. 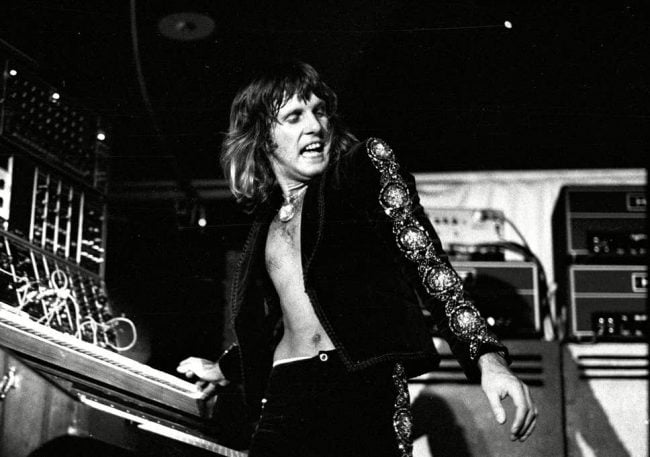 Like all good things, that came to an end, the band split up and Keith nursing a damage right hand started to struggle with the fact that ELP were not relevant any more.
I believe the Keith could not make the transition from what he was, to what he had become. He was loved by many, had a fantastic family, but, everybody has their demons. Keith had his, and we tragically lost a friend, father and genius…….

I deal with many veterans that cannot cope with not being who they were. 99% of veterans make the transition to being a civilian with no trouble at all. Some however find it unbearable and the demons start circling.

The people that appear on it, have, in their eyes, and in the eyes of their peers, made it to the top. They have achieved fame, something they always dreamed of. They were “on the telly” the trouble is, when you do nothing to achieve fame, and that fame comes along instantly, you must be aware that it can vanish just as quickly. Who programs these contestants to understand this?

Long ago we lobbied the Ministry of Defence to start training soldiers sailors and airmen to prepare themselves for when they leave the forces. Is anyone helping these kids cope with what follows Love Island and the three month honeymoon period of being famous? 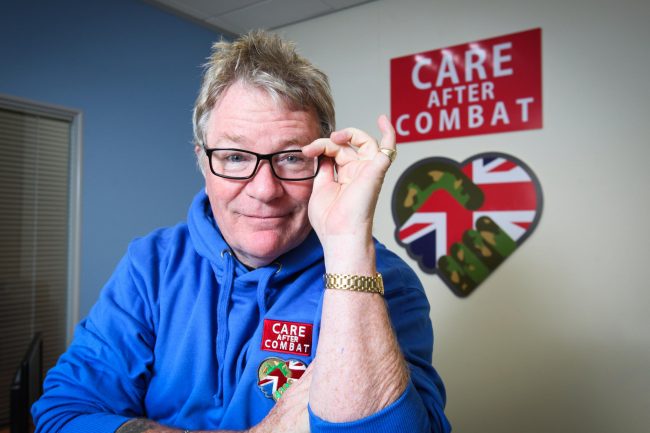 The more I read about Caroline the sadder I become and the more I feel for these poor sods there are paraded around in the search of stardom… But the reality is, all they are doing is filling the pockets of the TV executives and providing false roll models for the millions of young people who aspire to be just like them….. That is the reality of the reality show.

Rest in peace Caroline… I believe although having great talent as a dancer and presenter, and by all accounts being witty an attractive person… You were dragged into this falsehood that Fame last forever..

I don’t think we should blame anybody for her tragic death we should pray for her family and friends and hope that their love for her will never die.. But let us not forget the millions who aspire to be part of the machine that some could say attributed to this tragedy.

Jim along with Bobby Davro will be appearing at Care after Combats Autumn Ball 2020 on the 27th November in
Nottingham – fun is sure to be guaranteed – check out ticket details and other events at https://www.careaftercombat.org/events 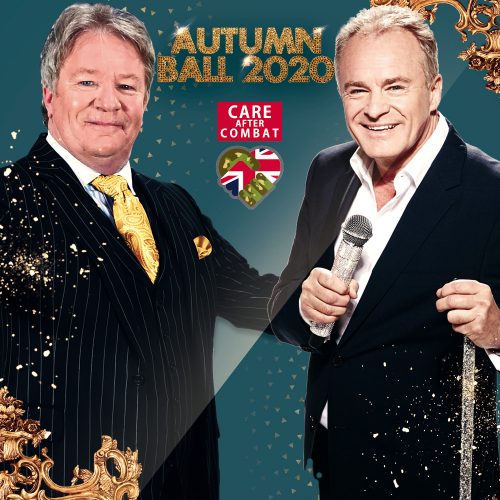