As I interviewed award winning actress Ann Mitchell recently – I was reminded that great work comes with enormous dedication and commitment, and Ann has that in abundance. 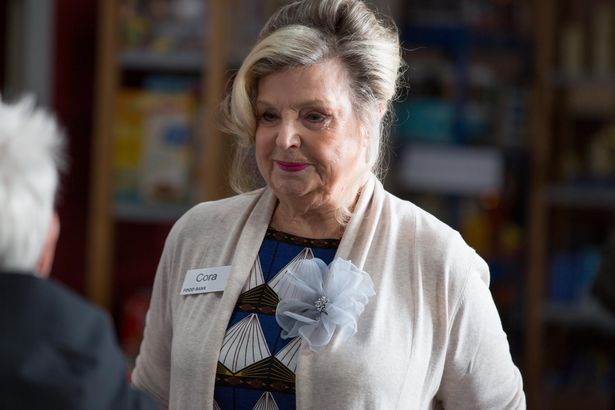 Ann as Cora Cross in Eastenders

Born in 1939 in London’s East End, Ann grew up in a tough but nurturing family environment.  From a very early age, Ann had a passion for Drama and joined the Joan Littlewood workshops at the Theatre Royal as a teenager, and went onto win the first scholarship into East 15 Acting School at the age of 21.

Ann was already married with a young baby, and initially felt it impossible to pursue both motherhood and a career in acting, but her family rallied round, and told her to pursue her dreams and that they would provide all the support and childcare she would need to achieve them.

Ann described those early years as challenging and heart wrenching as she handed her baby to her Mum as she set off to learn her craft.  But her hard work paid off as when she left Drama School Ann Mitchell was given the opportunities she needed to successfully launch her career.

The Glasgow Citizens Theatre was one of the most radical theatre companies in Europe at that time. With its ground breaking plays, performances and sets it challenged the Establishment theatre with gusto. Ann was a leading member of the Company whose roles included Mother Courage, where the great designer, Philip Prowse, made not the traditional cart for her to drag around the stage but a burnt-out ambulance, made fit for purpose, which was tied to a rope around her waist.  She also played the title role in Mary Stuart and Eva Braun in Summit Conference, written for her by Robert David McDonald. 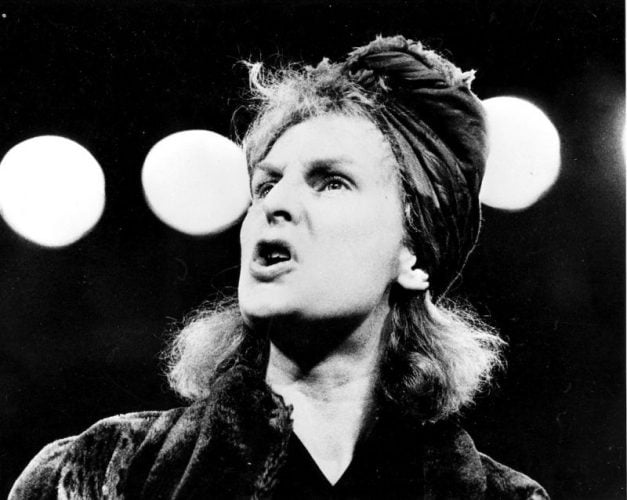 Ann went on to play leading roles in major repertory companies throughout the U.K including the National and the Royal Shakespeare Company, for whom she played Hecuba in Peter Hall’s epic production of ‘Tantalus’ written by John Barton. The cast were on stage in masks for twelve hours. Ann describes her experience as ‘exhilarating and knackering’! Now perhaps we can begin to understand why Ann Mitchell is such a legendary actor.

Many of us will remember her award winning, iconic performance as Dolly in Widows, another evocative series from the 80’s written by Lynda La Plante who subsequently wrote “She’s Out” for Ann to reprise the role of Dolly. 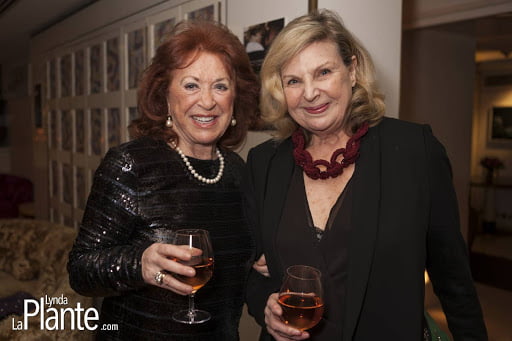 Ann’s many television appearances span three decades and, as she says, she has guest starred in every series known to man!

Ann was also nominated for an Olivier when she starred in the West End with Simon Callow in ‘Through the Leaves’ and has received an Honorary Dr of Arts from UEL lifetime achievement award.

Recently Ann appeared in the role of Elsie, written for her by Heidi Thomas, in Call the Midwife. Elsie is a woman who had been administering abortions to young unmarried girls or women who were in trouble. Ann’s character was sent to prison, as abortions were still illegal in the early sixties, but we are set to see Ann reprise her role on the 16th and 23rd of February. Ann expressed her delight at being in a series covering so many issues of the time – racism, homophobia, anti-Semitism, domestic violence and abortion, with such compassion. 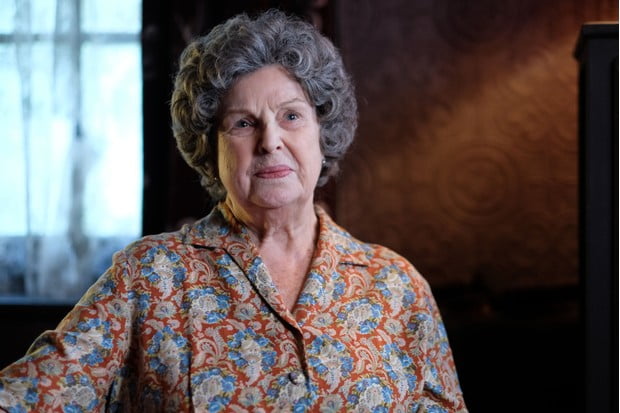 Ann as Elsie Dyer in Call the Midwife

Watch out for Ann when she will be interviewed on Lorraine on Friday 21st of February talking about her work on Call The Midwife.

Ann is also a political activist and human rights campaigner. She is a Patron of many organisations including Clean Break, The Citizens of the World Choir, WacArts and many others. She is passionate about this work.

After Call the Midwife, we will be seeing a lot of more of Ann Mitchell in another series of Year of the Rabbit due to hit our screens later this year, in which Ann plays the hilarious Gwendoline, landlady in the Bar of Gold. 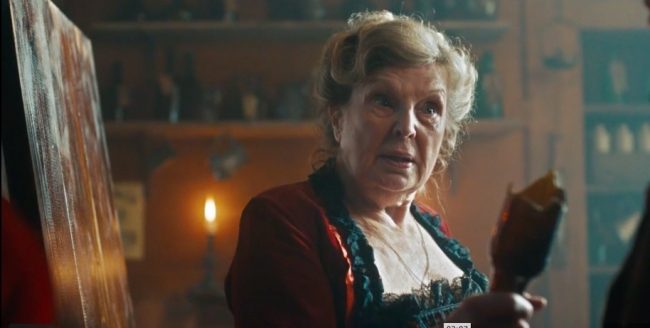 Ann as Gwendoline in The Year of the Rabbit

When filming is completed on the series, Ann is determined to carry on with both her career and her charity work. So are there any signs of Ann Mitchell slowing down – absolutely not, she still has important work to do and I for one am delighted to hear it. Thank you Ann, you really are an inspiration to so many and a true legend in our lifetime.