“Wow! So pretty and so heart-felt. We need to be pretty strong here.” – Dr Brian May (Queen) 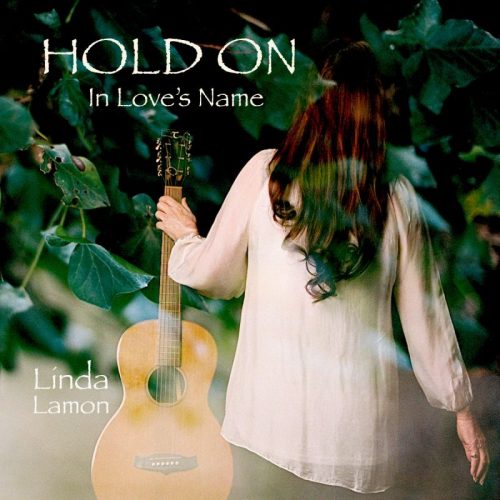 The response from Queen guitarist Brian May about her new song Hold On In Love’s Name, contributed to Linda Lamon making her decision to release the single, which was inspired by wildlife and the environment, to help his Save Me Trust. Linda decided to support the charity after seeing how hard the Surrey based team work to help reverse the effects of global warming and environmental damage by planting forests and caring for wildlife.

“We have very sadly seen a decline in wildflower meadows by 95% in the last 40 years and some of our insect population, such as butterflies and bees, reduced by up to 60%.  This all effects our ecosystems and the natural food chain, which in turn affects us – and it’s all down to deforestation and building development. We desperately need afforestation programmes to help address the balance to save our planet for future generations.” – Linda Lamon

Originally from Stockport, Greater Manchester, Linda first met Brian after she penned The New Woodland Song to celebrate the planting of 100,000 native trees in his 160-acre woodland whilst living in Dorset in 2013.  She performed it live with the village ladies and children’s choirs for the opening of the tree planting ceremony, only a few yards away from the rock star.

“The planting day was truly one of the most memorable and different days of my life – if those trees develop into healthy adults, I will feel that I contributed something significant in a small way in the rescue of the British countryside.” – Brian May 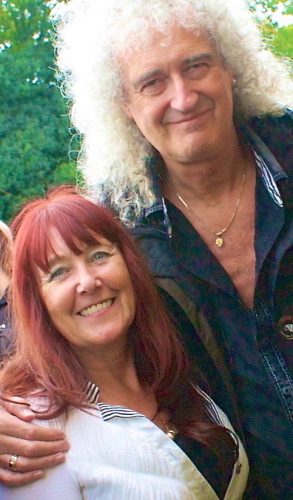 The keen photographer went on to write two more songs with the charity in mind and has watched the wood flourish through her lens each year since 2013, creating a record of the growth and keeping the owner updated with photographs of the trees, shrubs and wildflower meadows.

“May’s Wood is now attracting new wildlife and it’s wonderful to see. We need lots more forests like this to be planted around the world before it’s too late. The UK government have recognised this but have not gone far enough. As we come out of lockdown in these unprecedented times living with the virus, we have seen that green spaces are vital for human health and well-being.”

It’s taken a while, you could say, for Linda to get fully on track with her music. At the age of 70, with two grown up daughters and four grandchildren, she is bringing out her first album, after launching her new single.

“Whilst many of the pop and rock stars from my teenage years are now enjoying a revival, I feel like I’m just beginning. We owe it to my grandchildren’s generation to make right what’s wrong and I’m hoping this song will go some way in creating awareness about this very real plight that affects their future.”

The forthcoming album, ABOUT TIME is aptly named to reflect the fact that it is about time she recorded songs she has been writing since she was 16. It also explains that these pieces really are about time as they cover four decades, from the eighties to the 20 twenties. A blend of country and pop, the tracks were recorded remotely during the COVID-19 lockdown by musicians in Nashville, USA, with Linda adding the vocals and mixing in Dorset and Manchester. Overseeing the project was producer Lynton Guest, former member of The Love Affair who had Number 1 hits in the 1960s with classic tracks Everlasting Love and Rainbow Valley. 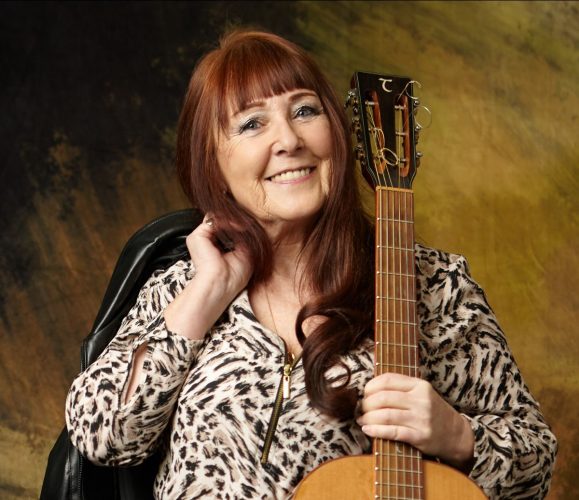 “It took a 17 -year- old band mate to encourage me to record my own songs after I had spent years being involved with music in some form.  But it still took me another ten years to get around to doing it. It was only after my husband died from Motor Neurone Disease that I picked up the gauntlet and ran with it.”