IF YOU LOVE MUSICAL THEATRE AND LOVE BEING IN LOVE

These were the words quoted by Daniel Bowling the Head of Musical Theatre at The Royal Academy of Music, and when I saw their latest production of Love’s Labour’s Lost, I fell in love with both the cast and the production.

Anyone who read my recent ‘roasting’ of another show recently at Hackney Empire (YARDBIRD – At the Hackney Empire) will know that as a seasoned theatre goer, I am not easily impressed, but was transformed by the level of performances and quality of the music and storytelling in this stunning adaptation of Shakespeare’s ‘Love’s Labour’s Lost’ adapted by Alex Timbers and with songs by Michael Friedman. 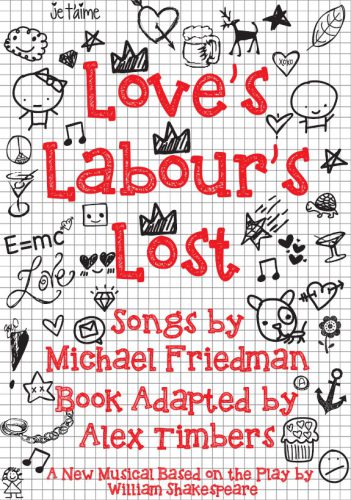 The energy and passion of the cast at their first Matinee was overwhelming, and as the show progressed, each performer provided the same level of commitment, regardless of their role.

The house was sadly smallish in size, but a magical verve swept through the audience – an experience that is rare in musical theatre these days.   The smallish house confirmed that size is just a number, and everyone revelled in the sheer joy of witnessing brilliant musical theatre at its best.

In the interval I managed to catch up with another member of our team, Valerie Mowle, who frequently enjoys musical theatre but is also a hard task master. She was brimming with excitement, and commented upon the level of talent and the show itself. I found her holding court with a group of tourists who had stumbled upon the venue and the show, and who were expressing their delight at being fortunate enough to experience such incredible theatre. 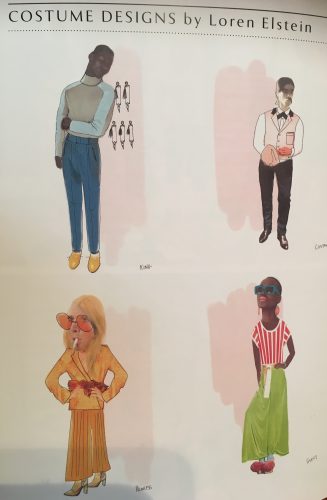 This was good to hear as the Royal Academy of Music offers nearly 500 concerts per year – mostly free- and are committed to training the World’s finest young musicians, opera singers and theatre performers. Attracting new audiences is an important part of their purpose and mission, and so this venue had succeeded in drawing in an unlikely crowd. 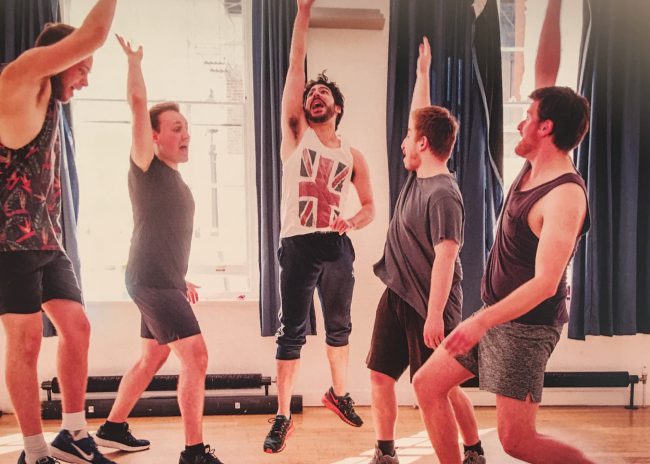 Some of the performers in rehearsals

While the Academy of Music’s own theatre in Marylebone is being rebuilt, they are taking to the road, and performing at a variety of venues in London, including Theatre Royal Stratford East, Shoreditch Town Hall and Hackney’s Round Table as well as Hackney Empire.

The runs are short, but as we have discovered, are fuelled with enthusiasm and the Academy do indeed take us back to a time when ‘love’ was an overriding component for theatre. Love of the text, the music and the performance, and a determination to bring to the table all that is essential to showcase their craft, and inspire the crowd beyond their wildest dreams.

‘And when Love speaks, the voice of all the gods makes heaven drowsy with the harmony’ William Shakespeare, Love’s Labour’s Lost.

Check out upcoming performances from the Royal Academy Of Music at http://www.ram.ac.uk/

Watch the behind the scenes video here