More Adventures of the Road – The Netherlands

One of the most remarkable things that we experienced in the Netherlands was, in our entire time driving around the country, that the Dutch know how to drive. I don’t mean they know how to steer. I mean they understand the logical courtesy rules of the road. Maybe better than any other country we’ve visited (and that’s a lot!). In nearly a month, we only heard three people honk their horns, and all were deserved. We also only heard one group of motorcycles revving their overly loud engines, and it felt out of place (and was likely tourists, if I’m being honest). Drivers understood how to use lanes! This may seem like it’s no big deal, but it was huge. They would use the left lane for overtaking only, then return to the right lane to continue driving, leaving the passing lane empty. Traffic was never too congested, probably because of all the bicycles on the road. I’ve never seen such orderly roundabouts. I didn’t fear for my life in the car like I do in Bulgaria, London, Israel, Taiwan and even parts of America. I normally make my husband drive everywhere. Here, I was fine behind the wheel.

People, in general, are courteous in The Netherlands, yet rarely feel fake. Customer service is good, and of a high standard. I loved watching all the cyclists on their daily commutes, riding by with bemused smiles on their faces. I called it their “Mona Lisa” smiles. Especially on sunny days, which we experienced a lot. The entire country is manicured and well looked after, with gorgeous flowers, green grass and healthy, happy animals. I’ve never seen such happy cows grazing (or dozing!) on the sides of roads! The farm animals and zoo animals all had bright eyes, full of life. It was invigorating to see nature and man live in such harmony. Maintaining a healthy lifestyle is common there, from their cycling to their food, and down to their desire to live with minimal environmental impact. Everyone recycled. It was not uncommon to see houses with solar panels on the rooftops, no matter what economic class the neighborhood was in. Now, be aware of a few things you should know. The Dutch don’t use credit cards like a lot of other places do, especially America. In fact, outside of touristy areas, it was very difficult (nearly impossible) to find a place that would take a credit card, regardless of whether it was Visa, MasterCard or American Express. They take their Dutch bank issued debit cards, or cash. We even encountered some places that didn’t even take cash – only the local debit cards! So do beware of that. I suppose for the Dutch people, this is a good thing, as it means they are not swimming in debt like many others are. But for the traveler who wants to go off the beaten path, it does make for quite a challenge.

Also, be aware that the cyclists rule the road. I’m not sure who legally has the right of way, but the cyclists take it, over automobiles and pedestrians, both. That was a bit frustrating when pushing a toddler around, but we quickly got used to it and learned how to assert our pedestrian rights when necessary. Another thing to watch out for is that trams pull up quickly at their stops, often without any curbs or “shoulders” (and normally silently). For foreigners, it can be shocking. Some other European countries have a similar system, but this was the first that made me feel like I had to really be paying attention or risk getting hit. In fact, I think every American I know has almost gotten hit by a tram their first time in Amsterdam. I’m honestly surprised we don’t read about American tourist tram accidents more often. Watch for that.

On top of all this, as an American, my mind was blown more than once by the realization that so much of what we think of as American is actually Dutch. I think of America as having its roots more in England than anywhere else, and I didn’t really think of the fact that the Dutch were in the States first. I knew that New York was once New Amsterdam, but I didn’t realize that Harlem, Brooklyn, Bushwick, the Bronx, Bowery, Gramercy Park, Wall Street, and so many other places were named after places in The Netherlands (as well as the concept of sitting on a stoop, which is a New York staple!). It never occurred to me that our beloved Hollandaise sauce on delicious eggs benedict actually originated as a Dutch sauce (duh – HOLLAND-aise!). I had more than a few instances where I stopped in my tracks and said, “wait a minute – this came from here?!” A few examples: bowling, pancakes, cookies, ice skating, compact discs, cassette tapes, WiFi, Bluetooth, the atlas, telescopes, microscopes… and orange carrots. Yes. You read that last one right. In fact, they’re orange as a nod to King William III, aka William of Orange, who was a key player in getting the Netherlands their independence. I guess we should be glad he wasn’t William of Dark Brown With Weird Mustard Colored Spots. 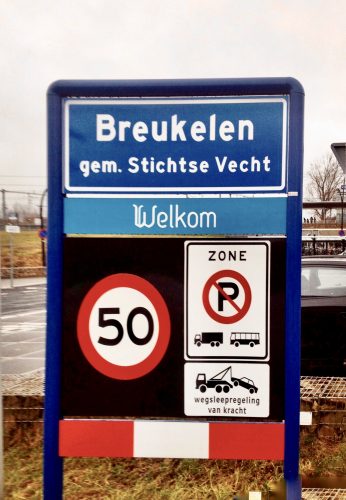 All in all, we had a tremendous time visiting this under-appreciated gem. We can’t wait for our next visit.