No 1 Rosemary Water and the Secret of Anti-aging

As we visit the tranquil coastal hamlet of Acciaroli in Southern Italy, we find that the residents have one thing in common – one in ten live to their hundredth birthday, and beyond.

You may say that it is the Mediterranean food or lifestyle, but a rather canny entrepreneur, David Spencer-Percival, looked into the story of Acciaroli, which had been reported by the BBC, The Telegraph and the New York Times, to discover that all of the inhabitants consume the herb Rosemary every day of their life. 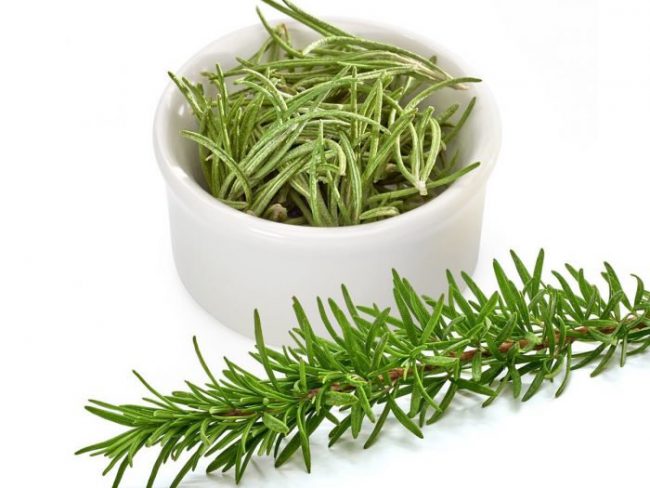 In addition to this consumption, they are not at all health-conscious, and indulge in all the pleasures of life that come with a health warning, including wine and tobacco, as well as good food.

It is also a fact that this longevity of life and Rosemary go hand in hand, as we look into surrounding villages and similar coastal regions who do not have Rosemary as part of their staple diet, and as a result do not have such a great life expectancy.

I am gleaning much more from David Spencer-Percival’s discovery as Rosemary holds high esteem even in Greek mythology, the New Testament and Shakespearean drama.

There are even scientific references as a memory-boosting restorative, and it is seen to have antioxidant and antibacterial properties, which would confirm the longevity in the village of Acciaroli, where Rosemary is the central ingredient.

David has pushed the boundaries in his research to provide confirmation of his findings, and is in talks with Professor Moss, from Northumbria University, whose knowledge of the herb is extensive; he has been investigating Rosemary as a memory aid, and is embarking on trials of No 1 Rosemary Water to test its potency as a memory-enhancing product. 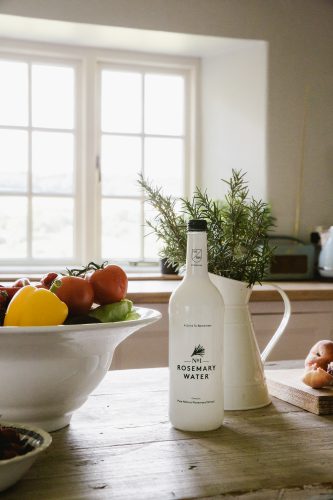 When I met David in my Pinewood Studios offices recently, it was a pleasure to spend time with this clever entrepreneur who explained to me the arduous process of discovery he had endured, with months of exploration into ways of extracting the essence of the herb to produce a pure health-giving drink.  He has succeeded in achieving this without using additives – containing just water blended with Rosemary in a bottle.  He admits it has been a longer process than he originally thought, but his passion for the concept has enabled him to produce the only pure Rosemary Water drink to exist so far.

So is it possible to reverse the ageing process with Rosemary?  Whenever we make life changes we can see them reflected inside and out, with our digestive system and then our skin, so this is definitely possible.

It is not rocket science to see that Rosemary, which contains so many healing properties should prolong life, or even reverse the effects of ageing, and so I would like to agree with David and say that this health drink No 1 Rosemary Water, holds the secret it in its waters. 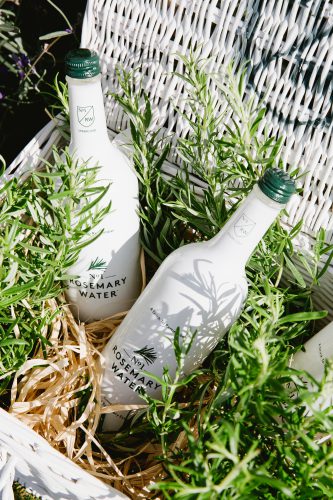 I have recently passed some bottles to celebrity friends and lesser known mortals, who are all feeding back in a positive way.  Anthea Turner is already a fan and has referred to it in her monthly blog.  All are enjoying what is a tasteful and refreshing drink.  It comes in still or sparkling, and I personally like both, whereas one colleague prefers the sparkling variety.  Another design-oriented friend commented on the beauty of the bottle, which is in lustrous white – and I have recently placed one on my kitchen dresser as I agree it looks stunning.

It is no surprise therefore that the product No 1 Rosemary Water is in Harrods, Selfridges, Harvey Nichols and other high end outlets to be announced shortly.  It is now being seen as a Global Brand, which is power to its founder and the belief in the integrity of his discovery.

Perhaps this is why Rosemary is also regarded to be associated to Love – or in this case, the Love of Life, which is the most powerful symbol of all.