ONE GIRL’S GARBAGE IS ANOTHER ONE’S GOLD

A second hand clothes shop in the mid-nineties, location – Primrose Hill, London.  A female, late twenties enthusiastically sorting through racks of pre-owned clothes, which have been immaculately cleaned and well ironed.  Her mother, a prim woman in her late fifties looking on with scornfully, silent and disapproving.  She suddenly bursts into dialogue with an accent resembling Hyacinth Bucket from the nineties TV show Keeping up Appearances, ‘can we please leave’ she spouts ‘this shop is making me feel quite sick’.

I am sure many of us have encountered the occasional Hyacinth Bucket (pronounced Bouquet) in our own lives, including the snobbish character within ourselves.  But as the majority of us are trying to do our bit to save the planet, the recycling of clothes is now becoming the norm, and in fact a respected way forward.

The past few years have seen the approval from celebrities and the wealthy who not only donate their garments to Charity Shops but also buy from them as well, just to keep the recycling circle going.  Also, as one famously said ‘one girl’s garbage is another one’s gold’.  This is often the case, and has happened time and time again with acquaintances who have boasted huge savings and acquisitions from their Charity Shop rummages.

My own mother Sylvia Anderson, a pioneer for women in television, who was one of the first women to make it to University from a working class family, because of her high level of intellect (but with very low funds), couldn’t afford to buy any new clothes.  But through her own ingenuity purchased a very high quality second hand tweed coat in London in the fifties – a garment she hung onto for years.  She adored the classic line and high quality of the material, even though she paid a fraction of its value.  So I was well rehearsed into recycling my clothes from an early age, as I remember her still wearing it when I was a child. 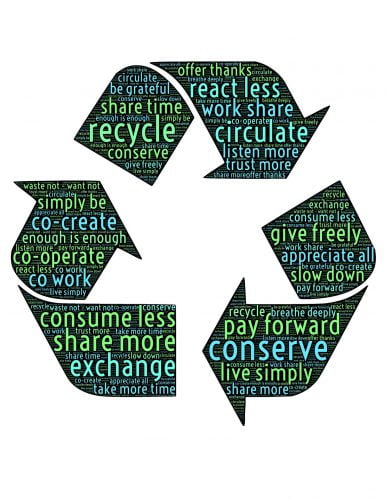 In fact moving on from this legacy, I was one of the pioneers of the home ‘clothes swap’ way back in the eighties when friends were encouraged to gather at each other’s houses, eat, drink and try on each of our pre-loved outfits.  Such fun, and often very fortuitous. 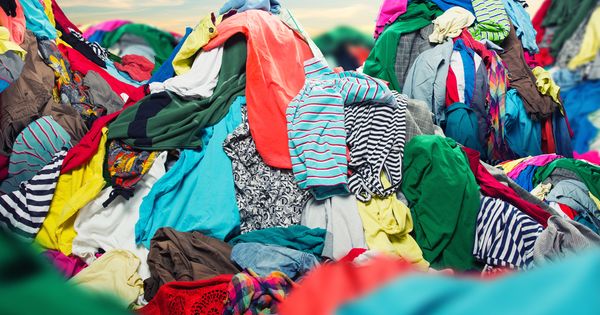 The environmental charity WRAP states that £30bn of unworn clothing lies hanging in UK wardrobes, and 11m goes to landfill.   So now the World has caught up, and rather than hiding our second hand acquisitions under a bushel, we are now encouraged to recycle our wardrobes as often as possible and restock from the ever giving pile of clothes donated from enthusiastic givers like ourselves.  After all there is nothing more satisfying than a bargain, especially when you are also contributing to the planet we inhabit whilst making a killing – metaphorically of course!