As Glotime.tv moves into Pinewood Studios we are celebrating 80 years of History with the legendary studio with its long list of credits and locations for iconic movies and television productions.

Pinewood Studios was built on the estate of Heatherden Hall, which was a large Victorian house. It was purchased by Canadian financier and MP for Brentford and Chiswick Lt. Col. Grant Morden, who built a ballroom, a Turkish bath and an indoor squash court. Due to its location, it was used as a discreet meeting place for high-ranking politicians and diplomats and the agreement to create the Anglo-Irish Treaty was signed there. 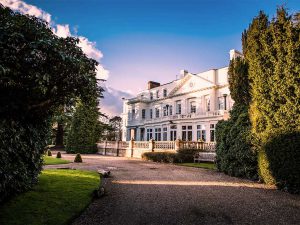 Rumour has it that Morden’s affluent family travelled extensively in the tropics and all over Europe bringing back tropical plants and scrubs unfamiliar to the UK, many of which have survived in its gardens.

On Morden’s death in 1934, building tycoon Charles Boot bought the land and turned it into a country club. The ballroom was converted into a restaurant and many of the bedrooms became furnished suites.

In 1935, millionaire Methodist and flour magnate J. Arthur Rank created a partnership with Boot and together transformed the estate into a film studio. Boot based designs for the studio on film studios in Hollywood, California. Boot named the new studio Pinewood because “of the number of trees which grow there and because it seemed to suggest something of the American film centre in its second syllable”. In December of that year construction began, with a new stage completed every three weeks. The studios were finished nine months later, having cost £1 million (approx. £42 million at today’s prices). 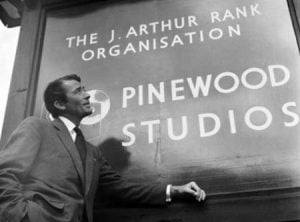 Five stages were initially completed and a provision for an enclosed water tank capable of holding 65,000 gallons, which is still in use.

It is of course home to the iconic film series JAMES BOND and so many exciting film and television productions ranging from Alien to Space 1999 have been produced at the Studios. 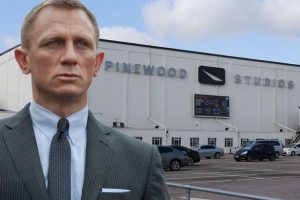 Like any other historic landmark Pinewood Studios has seen both good and leaner times, but is returning to its glory days again as more and more movies and television productions are again being made on its premises. 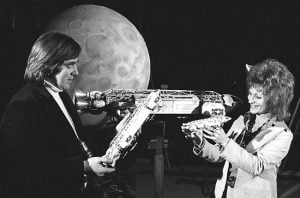 At Glotime.tv we are feeling its strength as we work in an inspiring environment, alongside new production companies and creatives and are growing our own heritage in a legendary setting, with like-minded companies and individuals.

Pinewood pays homage to all the greats who have performed or produced within its walls including the legendary John Mills, Dickie Attenborough, Michael Caine, Sean Connery and of course Sylvia Anderson, who was a Producer at Pinewood over four decades, and a pioneer for women in television. 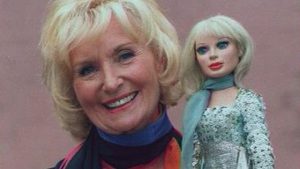