Skyler is both talented and charismatic and has decades of fascinating stories about his own experiences in the music business and other superstars he has worked with over the years.

Skyler is now currently working on a new single called Heal The World to support his vision of Music transforming the lives of many across the Globe. He rightly feels that music is a healing force that should be present in everyone’s lives, especially those suffering from mental illness or in areas of deprivation such as Africa and the third World. It is Skyler who will lead this inspirational project and is now putting in place the foundations for its launch. 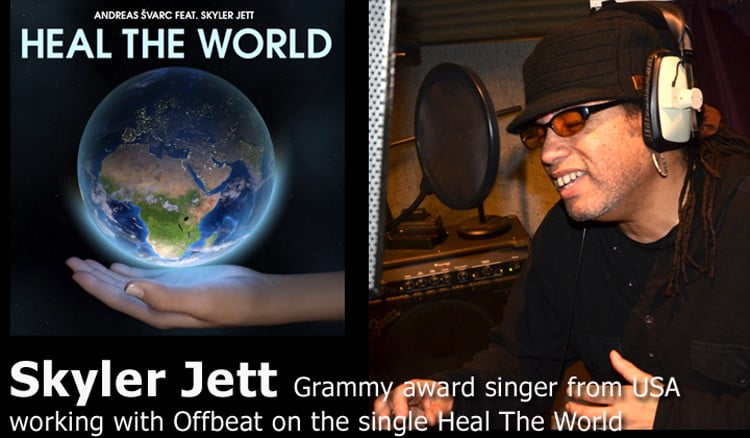 Skyler has toured with The Commodores replacing Lionel Ritchie as Lead Vocalist for their live shows in 31 different countries, as well as touring with Sly Stone. 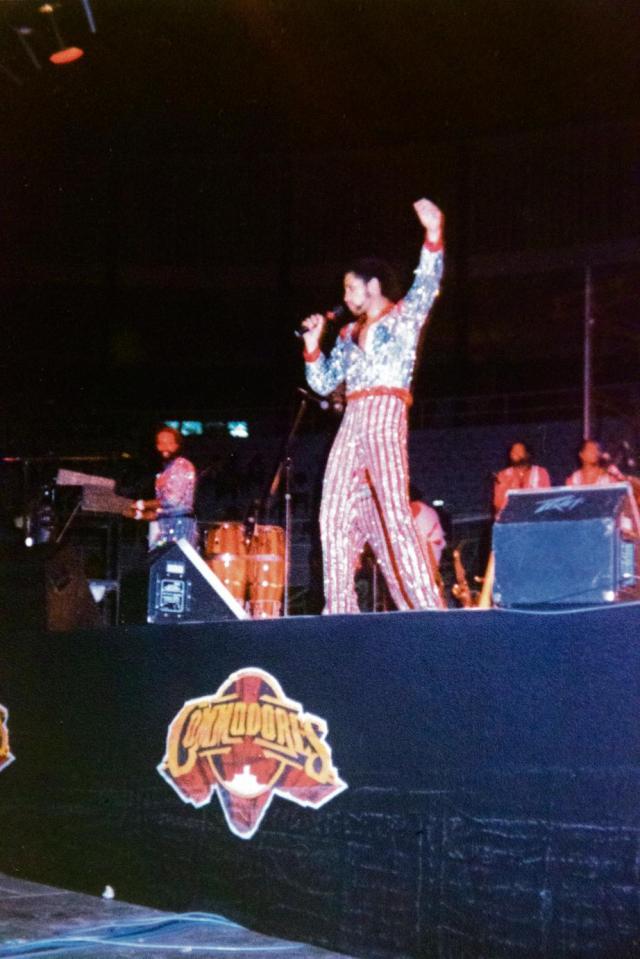 He sang with Celine Dion on the title track from Titanic on the album version which earned him the Grammy award with the song  My Heart Will Go On. as well as working with Whitney Houston on the song I’m Every Woman for the block buster hit movie The Body Guard which was movie of the year in (1992).

You can hear Skyler’s voice on the James Bond 007 Licence To Kill, Big Bully with Rick Moranis and Tom Arnold, and Ghostdad. The list of stars are endless Stevie Wonder, Chaka Khan, Sting, Christina Aguilera, Mariah Carey and Kenny G.

Skyler’s love of music stems from his childhood as his Mum, Aunt and GrandMa were Gospel singers in the Baptist Churches of Oakland, so he grew up singing from the age of 7 as well as meeting hosts of great stars as a child. His aunt, Elsie Davis, was the first black woman to hire entertainment for San Francisco’s Presidio Army base and she performed with such greats as Dean Martin, Sammy Davis Jr and Frank Sinatra.

In his teens Skyler benefitted from the mentorship of two uncles, Capus Hope, who managed Jazz Band, Donald Byrd & The Blackbirds and Arif Khaitib who promoted Ike & Tina Turner.

Skyler’s new single This Is A Calling is one of those tracks that will get you hooked on the talent of the man, and transport you to another place, as all good artists should.

Skyler Jett said, “No one is doing what I’m doing. I teach young people about the benefit of socially conscious lyrical content and how it can heal, educate, and solve problems. I’m so glad to become part of Artists United, and I support their mission of empowering individual artists to create excellent art and uniting all artists to create social change.”

Artists United Founder and Executive Director Holly Million said, “We are thrilled that Skyler Jett and Music for Global Change are joining forces with our organization. Both of us have missions to promote collaboration, healing, peace, and cooperation, so we are very excited to welcome Skyler to our Advisory Board and his organization into partnership with us.”

Artists United is a nonprofit organization inviting artists of every medium, every genre, every stripe to share and exchange knowledge, access high-powered, collective tools, and embrace new ways of working together as a global force for good. Our mission is to empower individual artists to create excellent art and to unite all artists to create social change. We are based in the United States, headquartered in Oakland, CA, but our network and reach are worldwide. Our main goal is to create the largest network of artists in all disciplines that the world has ever seen. Artists who work alone create art. Artists who work together create change. Visit http://www.artistsunited.net/.

With special thanks to Richard Selwyn Barnett.
http://www.itiswhoyouknow.com

Here is a personal message from Skyler himself, and you can find out more about “Music for Global Change” at – http://www.musicforglobalchange.com/