If you like rock, pop and classic cars, you are going to LOVE Britain’s most exciting brand-new podcast… 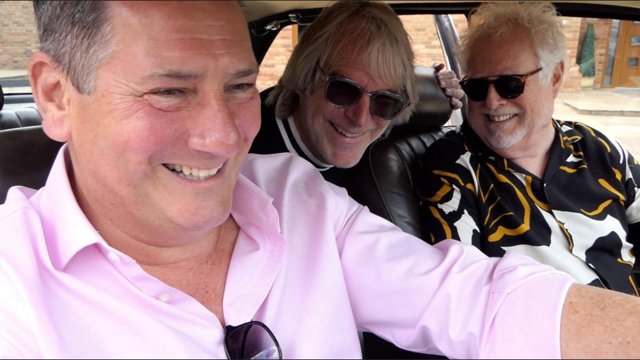 SIR ROD STEWART says, “Come to my house and drive my Lamborghini and Ferrari!”

What is Stars Cars Guitars?

What is Stars Cars Guitars all about?

It’s three guys talking about rock and roll adventures, their favourite cars and tales of the stars and friends they met on the way.

So, it’s all about stars, cars and guitars – right?

Yes… and no. It’s also about success, fame, family, laughter, memories and dreams. It’s really a show about friendship. It’s a conversation between three old mates, who like telling stories and sharing jokes. It’s a safe place. Join them!

Tony Hadley is one of Britain’s best loved singers. He’s a big man with a big voice and a heart of gold. He was the frontman of Spandau Ballet in the 1980s with a slew of massive hits including a number 1 with True.

Now as a solo artist he entertains audiences around the globe with hit packed shows.

A charming, sharp dressed man, Tony’s an international heartthrob and a brilliant storyteller. From Live Aid to Los Angeles, he’s been there and done it, selling millions of records. Tony is also a radio presenter and tv performer, going into the jungle in I’m A Celebrity Get Me Out of Here! in 2015.

If the guys were in a car, Tony would be in the driver’s seat with his hands on the wheel.

Jim Cregan is an award-winning rock guitarist, songwriter and producer. He’s been a professional musician since the 1960s and he’s seen the inside of more hotel rooms than Howard Johnson or Lenny Henry. He’s smashed a few up on occasion too.

Jim has lived a rock and roll life on the road, playing with best friend Rod Stewart’s band for more than twenty years. He’s played with everyone, from Cockney Rebel to Cat Stevens and Katie Melua. He’s survived alcohol, drugs, swinging London, flower power, high times in the States and he’s got the Hawaiian shirts to prove it.

If the guys were in a car, Jim would be in the passenger seat, reading the map.

Alex Dyke has been a British broadcaster for 35 years on the tv and radio. He’s worked for the BBC, UK networked commercial radio and Radio Luxembourg.
He’s an award-winning presenter, surprising everybody when he won a bronze Sony Radio award in 2006.

He’s interviewed some of the biggest names in show business, including Sir Tom Jones, Stevie Wonder, James Brown, Roger Daltrey, Lulu, BB King and George Best. Alex has an encyclopaedic knowledge of pop music and if he pays more attention in class, he could really amount to something.

If the guys were in a car, Alex would be in the back seat, asking “are we there yet?”, and Tony and Jim would be wondering whether they’d have been better off if he’d got the bus instead. 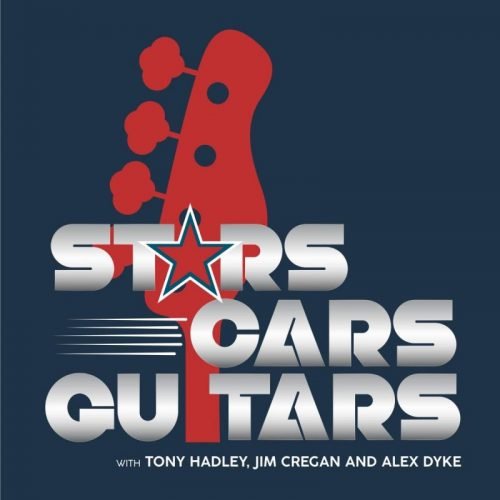 Listen to us on Spotify, Apple Podcasts and Google