STRIKE A POSE – A TALE OF HUMAN SURVIVAL

POSE is an extraordinary television series, that is not only ground breaking but in a category of its own.  It has been described as a Dance Musical, a revelation about LGBT culture and the explosion of the gender fluid Ball Rooms in New York City in the 80s.  But I wouldn’t categorise, as to me it stands on its own as one of the most staggering and enlightening programmes to hit the screens in years. 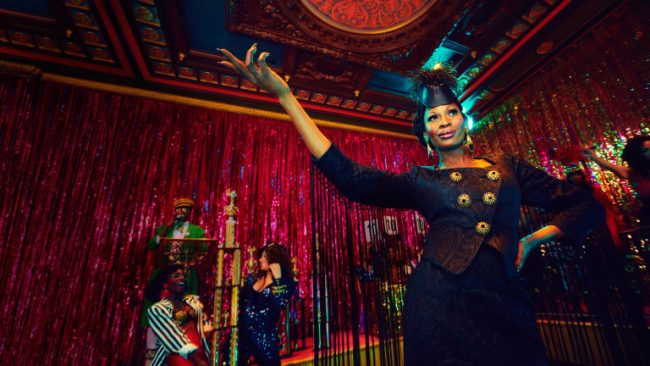 I was around in the Eighties, living life to the full as a youngster and full of hope for the future.   So how did murmurs of this extraordinary underworld escape us.  Madonna burst onto the scene with Vogue which apparently emulated the moves and mood particular to this Ball Room culture, but how come it stayed under wraps for more than thirty years.   Was the World not ready to listen, perhaps we can empathise with this generation who suffered the humiliation of HIV and Aids, which carried a huge stigma and still does to this day.

But if you can look beyond the camp and the glitter, there are stories crying out to be told of regular folk whose status is their only stigma, through no fault of their own, whether it be a gender issue or being tested HIV positive. 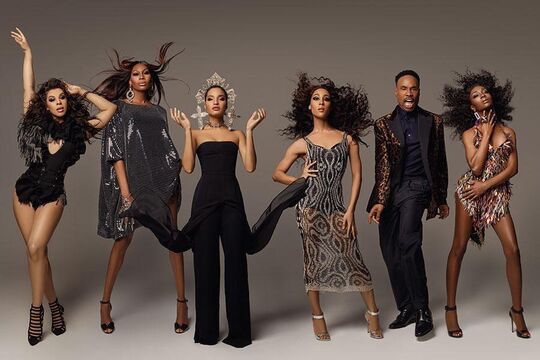 As survival was key in those forbidden days, a number of ‘houses’ sprung up with one mentor at the helm who would take in LGBTQ youth who had been rejected by their families, for being ‘different’.

Mj Rodriguez is magnificent as Blanca Evangelista, the selfless house ‘mother’, and we see her realm flourish as she takes in young homeless men and women who have lost their way.  Blanca helps them to reveal their unique talents and sets them on the road to recovery with successful careers in dance, business and modelling.

I would recommend this as a wonderful watch over Christmas, perhaps not family viewing, but pure escapism if you would like to time travel back to the eighties and feel the intensity of the time and the wonders of human survival.