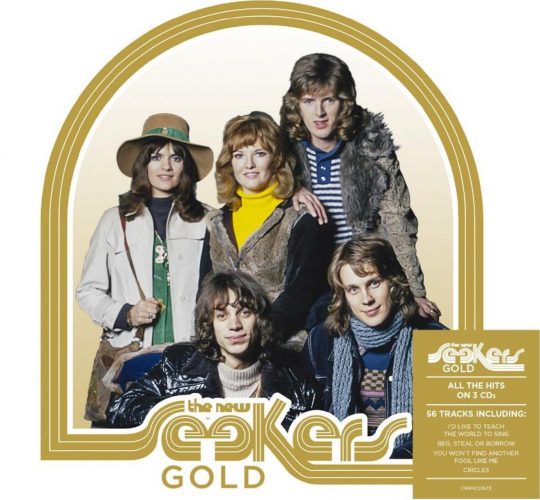 Released in 1971, I’d Like To Teach the World To Sing’ was The New Seekers’ third single. It followed the 1970 USA hit ‘Look What They’ve Done To My Song Ma’ (which was an airplay hit only in the UK) and their first UK smash hit ‘Never Ending Song of Love’, which reached No. 2 in 1971. The group was asked by ad agency, McCann-Erickson to record a series of 26 different radio jingles for the Coca Cola brand.  These were sent to radio stations across the country and their reactions gauged.  ‘I’d Like to Buy the World A Home’ was by far the most popular and this was chosen for the famous TV ad (www.youtube.com/watch?v=ib-Qiyklq-Q). As the band had prior contractual obligations, they were prevented from attending on the day of the shoot, so some actors and extras were brought in to mime to the group’s track! So successful was the ad that top writers Greenaway, Cook, Backer and Davis were commissioned to write the lyrics for a full-length song based on the jingle.  ‘I’d Like To Teach the World To Sing’ was the result and the song went on to sell over 12 million copies across the globe, including both sides of the Atlantic and to No. 1 in the UK. It was the first advert jingle ever to become a hit song and it became the Peace Anthem of the 1970s.

The New Seekers were the first group to represent the UK in the 1972 Eurovision Song Contest and were selected to do so prior to the success of ‘I’d Like To Teach the World To Sing’ becoming a hit, due to  Cilla Black (who was originally picked to be the UK entrant)  having to withdraw after she fell pregnant. The New Seekers appeared on the BBC  TV Show ‘It’s Cliff’ for 12 weeks, which had in excess of 24 million viewers each week and this included ‘A Song For Europe’, where 6 songs were performed by the group. An audience vote was cast as to which one would be performed during the contest itself. Beg Steal or Borrow won the vote and was tipped to win but as was usual in those days, political issues seem to get in the way, and they were just pipped to the post by two rogue votes from certain juries! Today almost 50 years later Eurovision fans vote it as one of their favourite UK entries. It was a huge hit right across Europe.

Pinball Wizard / See Me Feel Me –

Pinball Wizard went Top 20 in the UK and USA and the pop world were ‘shocked’ that The New Seekers DARE to record such a song!!! However, Pete Townshend congratulated the group by telegram on a great version. The group were due to sing the song on the Val Doonican show on BBC 1 but had to pull out due to him not wanting such a ‘rock’ song performed on his programme!

The group spent most of 1973 in the US touring with Dionne Warwick, Neil Diamond, Vicki Carr and Liza Minelli, returning home in November to release ‘You Won’t Find Another Fool Like Me’ – giving them another No. 1 hit.

Was The New Seekers first hit in the UK, a big No. 2 for the group (it went to No. 1 in the other official chart of the time). They were asked to perform 3 songs at the 1971 Royal Command Performance and had to fly back from the US in order to attend and then fly straight back next day. Lyn Paul almost missed the show as she was so poorly and was taken to hospital immediately afterwards. 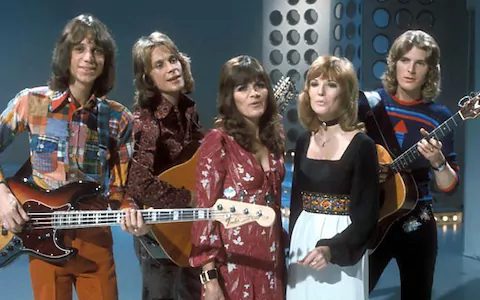 The band were formed by founder member of 60’s group The Seekers, Keith Potger, after his group split. He decided to have two girls in The New Seekers as an insurance should one leave.

In Jan 1973 they were invited by President Nixon to attend his re inauguration at the White House as he loved the band.

‘Crying In the Rain’ reached No.1 in the Far East and appears here on CD for the very first time.

7 other songs on GOLD have never been on CD before including ‘Tell Me’ which was hoped to represent the UK at the Eurovision Song Contest in 1980. However, two days before the Song For Europe contest the group were dropped due to having performed the song months before on Scottish TV. Coincidentally Danny Finn who had left the band in 1978 went on to repress the UK with his group Prima Donna.

‘Anthem’, featured on GOLD took the group back into the charts in the Autumn of 1978. Sitting at number 21 it was expected, after appearing on TOTPs that week to hit the top 10. However, a distribution issue by the record label meant that there were no copies of the song available for 2 weeks!

When the group supported Liza Minnelli on her 1973 US Tour she surprised them with a private jet full of naked ladies!

US President Barack Obama named ‘Free To Be You And Me’ as his favourite children’s song.