THE COURAGE TO PICK UP THE BRUSH – IS PAINTING A CHALLENGE YOU WOULD PURSUE?

It sometimes seems as if certain events as a child shape your future and this certainly had been in the case for many years as a result of one incident that occurred very early on at my school.

I was sent to a Convent at the age of 5 and stayed there until I had completed my education, so a total of 13 years.  I can’t say I hated it, and most of the Nuns were well intentioned, and there were individuals I vividly remember who would make fabulous characters in a books or movies.  One read Jackie Collins books, tucked out of sight under her habit, professing to be censoring them for the older girls.  Another was a frustrated tennis champion, who would have given Navratilova a run for her money, as she seemed to be on the tennis court every day at every opportunity and others who were mostly kind if not a little eccentric.

I say ‘mostly’ because there was one very ‘bad’ Nun, Sister St John who was quick tempered and judgemental, and it all started when I was late for meeting my grandfather in the hall after school, who had been waiting to pick me up.  By the time I had reached him, he had decided to leave me there for another half an hour as I was seeming to enjoy playing with my friends outside.  It actually suited him as he wanted to get something from the local shop, but it led to a tirade of abuse from our ‘bad’ Mother accusing me of being spoilt and a thoughtless brat.

It may seem strange that I remember the incident so well, being only five or six, but it stuck in my mind as Sister St John was the Art Teacher who remained throughout my school education, and seemed to victimise me onwards from that day.

It may also seem a little paranoid, but over the years it was as if I didn’t exist.  She never commented on my artwork and not once did she display any of my paintings on the Art Room wall.  I was really good at Drama and English Literature, and received the highest award in the sixth form for Drama and Poetry, but I left school believing I had absolutely no artistic flair for painting at all.

I was well into my forties before my then husband’s brother who was a painter, challenged me to pick up the brush, something I had resisted for many years.

He told me that if we spent a day together he would teach me to paint and I would have created a picture at the end of it.  He said it didn’t matter how good or bad it was, it was just for me and to overcome the stigma I had carried around with me for so many years. 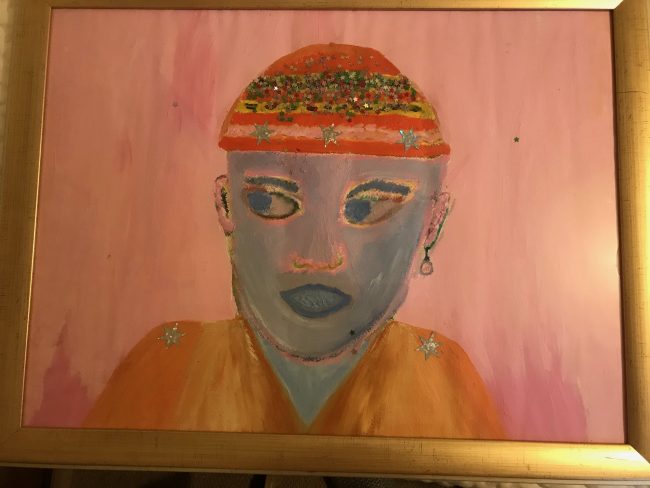 I agreed, and it was one of the best decisions of my life.  We painted in oils, and I literally let my mind run free as I dabbed paints and mixed colours and applied them to the canvas, resulting in a wonderful amalgamation of free spirited expression.  I didn’t even think about it being good or bad, and decided to give it a go in my free time in the future.

That was 15 or so years ago, and since then I have attended several art classes and courses, and even had my landscape painting displayed on a wall at one of them.

I have also had my abstract work displayed at an art exhibition called ‘Friends and Family’ at The Vaults in London opposite the London Eye, and have recently raised £550 as one of my paintings was auctioned for charity at a local event. 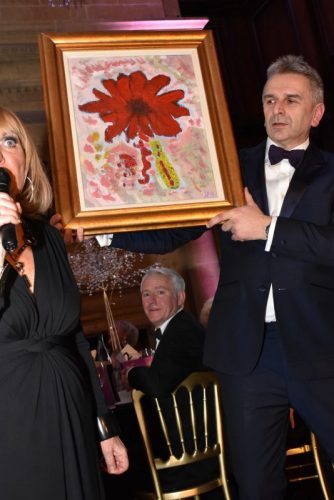 When asked I still say I just paint for passion and I am not very good, but my judgment has to change soon, as when I was having one of my paintings framed in a shop in Islington, a famous singer asked me how much it would be to buy.  I was so shocked I said it was not for sale, but asked her how much she felt it would be worth, to which she replied ‘I don’t know, my husband is the art dealer’.  I still can’t believe I have any talent for painting, but the world seems to be proving me wrong. 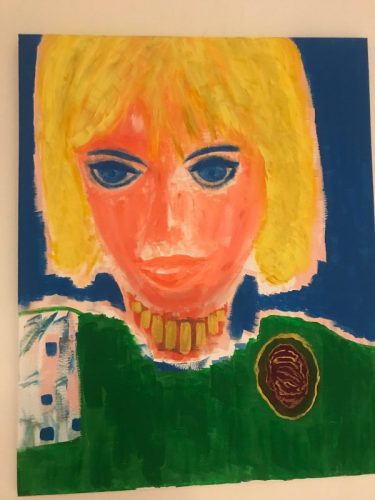 So how about you – and it is not about how good or bad you are?  It is all about the courage to pick up the brush, and if you don’t you will never know whether or not painting is for you.