THE HEADS THAT BEAR THE CROWN – LADY PETCHEY HOLDS THE KEY

When I met Frances Segelman at her home in Wapping recently, I was overwhelmed by her beauty and generosity of spirit as she revealed an insight into her life as a sculptor and philanthropist.

Frances grew up in a creative environment with her Mother an artist and her Father a talented classical violinist.   As Frances showed me around her studio in the basement of her stunning riverside home, on display was a splendid dolls house and furniture, magnificently crafted by her great grandfather in the 1930s, which again paid homage to the depth of her artistic heritage.

Frances is a self-taught sculptor whose work has included the heads of royalty, celebrities, politicians and sports personalities over the past 30 years. 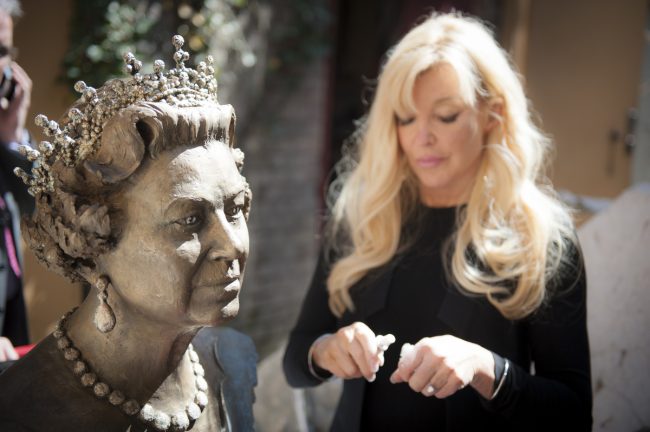 sculpture of HM The Queen

She has sculpted members of the Royal Family including HM The Queen and The Duke of Edinburgh, whose busts are displayed in Buckingham Palace.    She is currently working with Princess Anne who has recently sat three times for Frances in her Wapping studio and she has been impressed by the humility of the hard-working Royal, whose sculpture has been commissioned for Princess Anne’s UK Youth.  This will mark the Princess’  70th birthday with ITV filming it as part of a documentary of her life. 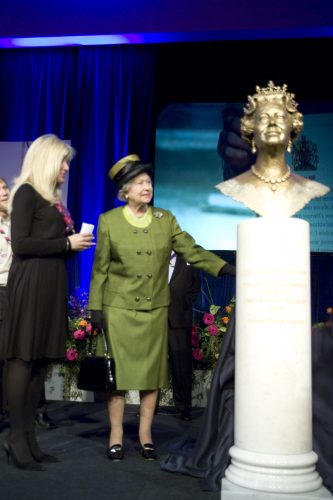 HM The Queen unveiling her sculpture

Frances recalls when she first learned one of the Royal Family would be visiting her home studio, describing her response as a mixture of delight and trepidation.  But she soon discovered her fears to be unfounded, and the Princess to be both charming and unassuming, resulting in an excellent succession of sittings.

Frances has recently been working with Sir Karl Jenkins the legendary composer in aid of the Royal Academy of Music Principal’s Fund for Academy students with an unveiling at Pineapple Dance Studios.    Frances was particularly excited at meeting and working with Sir Karl as she is a huge fan of his music. 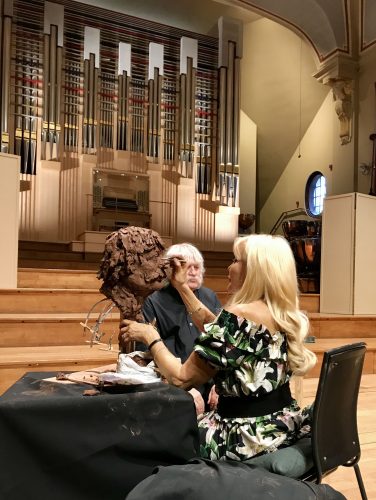 ‘My Father and I would always listen to music together, and when he died, I found it hard to listen to classical music for a long time.’ Says Frances.   But with the unique collaboration of sounds Sir Karl had initiated, Frances was reunited with music again.

Debbie Moore, the founder of Pineapple Dance Studios, has recently celebrated the 40th anniversary of the Studio and is a close friend of Frances, and one who she values highly. 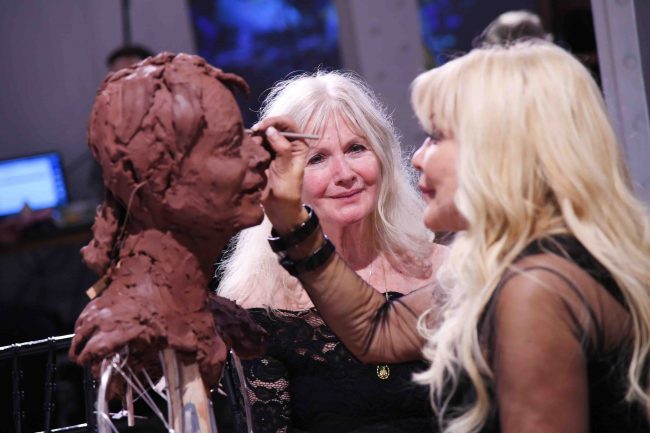 Another collaboration close to her heart is Sir Ben Helfgott, Holocaust survivor and Champion Weightlifter.  He is one of two Jewish athletes known to have competed in the Olympics after surviving the Holocaust.   It also celebrates Sir Ben’s knighthood for his contribution to services to Holocaust remembrance and education. 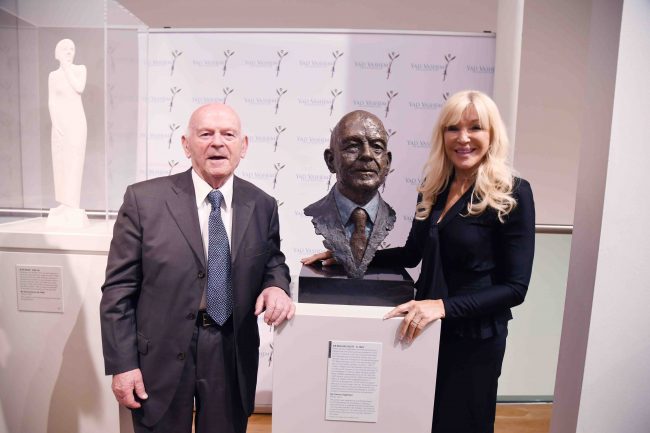 Frances (Lady Petchey) is married Sir Jack Petchey, whom she met at a Dinner Party in the early nineties soon after the death of her Father.  Frances was immediately impressed by Jack’s positive spirit and found him to be a complete gentleman.  Soon after that Frances sculpted Jack and stayed true to his motto ‘Think a Smile’.   Their friendship continued to thrive after that, and the rest is history. 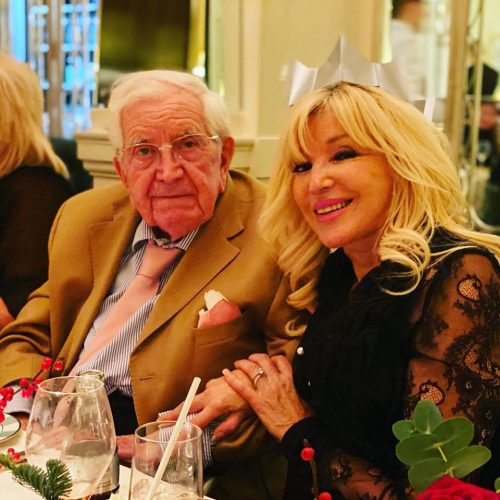 Frances love and admiration for Jack is as strong today as it was when they first met, and she commends him for his amazing work with his Foundation, of which she is a big part.

‘Jack’s work covers the whole of London, and the clubs and awards give the youths confidence and the ability to move forward and succeed’ says Frances.

The Jack Petchey Foundation now supports young musicians, grants for dance classes in schools and trips to exhibitions as well as leadership and volunteering programmes, which Jack describes as ‘lifting the kids up a million miles’.

Sir Jack, now in his early nineties still goes to the office every day to continue his work, and Frances is constant in her sculpture and philanthropy, as she says ‘It is really all about giving back to Society’.

Their strong support and admiration for each other is awe inspiring, and one feels that it is this the key to their continued happiness.

As for the future, Frances has some amazing projects in the pipeline, including a bronze with Vanessa Redgrave for the Princes Trust and another member of the Royal Family.

Lady Penelope is another interesting idea for a coupling, and if it were put forward, we would certainly be minding our P’s.  After all, there is certainly a quest for strong female role models, and who better than those heroines who combine intelligence, femininity and glamour with talent and tenacity.  Lady Petchey is certainly one who does.