THE LAW WITH ALPACAS – A WORK/LIFESTYLE BALANCE

Jo Davis is a Partner at the Buckinghamshire and London law firm B P Collins, heading up the Employment Practice team, and is recognised as a top lawyer in her field by both the Chambers and Legal 500 Directories. Jo is known for her warmth and humour, whilst fighting ‘like a tiger’ for her clients, and it was a pleasure to meet her for tea at Pinewood Studios, where we enjoyed a chat about employment law, the elusive work-life balance – and the perils of the alpaca mating season! 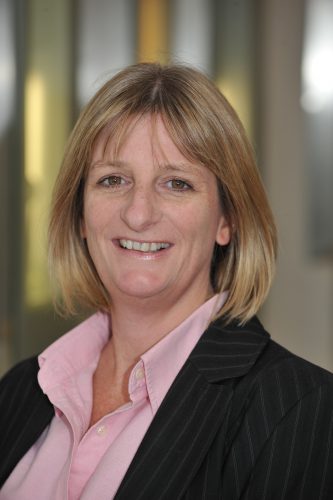 Welcome to Pinewood Jo! Tell me, did you aspire to be a lawyer from a young age?

I had no idea at school – originally I wanted to be a teacher, but then all my friends wanted to as well, so I said I won’t do that then! My eldest brother did a law degree and he’d come home from university talking about some of the cases he’d studied and I thought I quite fancy that. He was training as a barrister and I didn’t want to compete, so I did the solicitor thing and did a law degree at Manchester (Metropolitan Uni as it is now), which I really enjoyed. Then I went to Guildford Law College, which covered all of the core subjects – conveyancing, probate, the lot.

And what led you to specialise in employment law?

My first job was in a small firm next to The High Court in The Strand – which gave great exposure to disputes. I worked on a high-profile case of a top-level female TV producer, whose boss (also female) really picked on her and ultimately unfairly dismissed her. It was widely reported on, and this case whetted my appetite – ever since, I have loved working in employment law. I was lucky, I fell into something I loved from the start.

What personality traits would you say suit a career in this area – and did you show these traits from an early age?

Law in general, but particularly employment law, is all about problem solving – people want a result and you’ve got to get them there. I always liked problem solving – I like taking facts and working out the best way forward. I was the kid that wanted to do the Rubik’s cube – plus I like people! I come from a family of journalists, so communication is something that runs in the blood; and it’s satisfying when you get to the end of a case and have a positive result – I like to win! I acted for one client, who had given evidence at a colleague’s discrimination hearing (speaking in support of the employee, so against her employer); she returned to the office on the Monday, and her boss sacked her by text on the Tuesday! She was single, going through IVF at the time and had no savings as a result., so she ended up renting her house through Airbnb. The other side wouldn’t negotiate at all – but in the end we got her a good and fair settlement. Now she’s back on her feet and doing really well. Cases like that that stick with you; you’re championing the underdog and I love that.

And is employment law a particularly male or female-led area of law?

There are probably more women in employment law than men – generally there are more women coming into the legal profession than men now; but still fewer getting to the top, although increasingly now we have more women at the top in B P Collins. I have three kids, and a good work-life balance and flexible working is one of the things that B P Collins supports.

What would you say are the main challenges of the role?

The hardest point is probably. adapting to the constant changes; there is a lot of referring to text books and online resources, as employment law is very nuanced and technical. Other than that, it’s getting the work-life balance right – I’m always rushing; I have friends who somehow seem to be a lot more laid back than I am!

I disagree; it sounds like you have a great balance – and a pretty full life outside of work!

Well, I get to take my kids to school in the morning, and I’m able to see school plays and so on – I’m really glad about that, as you can’t get those years back. My husband is based at home and looks after the kids, so I’m lucky – it’s much harder if you’re both working – it’s all about balancing.

And back at work, what are the most common issues you confront in your cases?

I’d say whistle blowing and discrimination – I was involved in one of the biggest age discrimination cases of recent years, where a Partner in a law firm was kicked out at 65. That went all the way to the Supreme Court – it was fascinating to see it through.

Gender discrimination does occur, but it’s rarer than it used to be – people are more alert to it and generally see the pitfalls.  That’s not to say it doesn’t still happen , but it happens inadvertently, such as in cases of indirect discrimination, when an employer applies a rule to everyone, but it impacts a certain group or gender more. And on payment issues, men are still more pushy for pay-rises than women, who can be more self-deprecating.

Sorry to bring up the B-word, but how is employment law being affected by the current climate?

With Brexit, it’s difficult to tell – there’s more caution, probably fewer acquisitions, as everyone is waiting to see what happens. We have an immigration team, who are doing a lot of training as the government is becoming clearer on what changes they are planning. Overall we are busier than ever, getting good quality work across London and the South East, particularly since opening our new office by St Pauls. I’ve got a really good team around me, so I’m lucky.

What advice would you give to law students today?

Generally I’d say to do a job you really love, as you’re going to be doing it for a lot of hours. If you’re doing law, find the area that really interests you, and take your time to find what makes you tick – if you like attention to detail, the corporate or property side might appeal; if you like fighting a battle and winning, then maybe litigation is for you; just don’t jump too quickly, as once you’re on one track it’s not so easy to retrain.

And what advice would you give to your younger self starting out?

I don’t regret anything I’ve done – I’ve liked all the firms I’ve worked in. At B P Collins I like working with different teams and having colleagues to talk though issues; you find you talk yourself into the right solution. It’s a really friendly firm, we’re all about the long-term relationships with our clients, and we like to have a laugh too. I don’t think I’d change very much really.

And back to that work-life balance, what do you do outside of work? I hear you have an
alpaca farm! 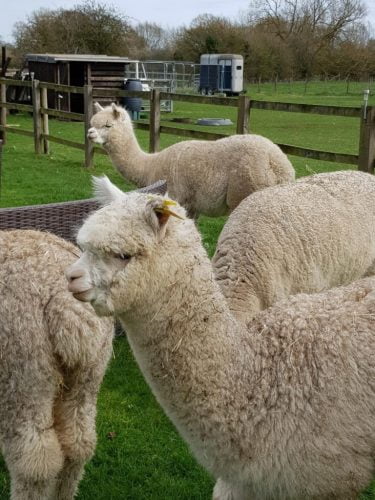 Yes – we have 12 alpacas, with two on the way, so we’re building up a herd. They all have different characters – we had one that went berserk; he’d be really friendly and then spit at you – and alpacas generally don’t spit, that’s llamas – alpacas are much cuter! And then there’s Donna, she’s very skittish, particularly around bald men for some reason! The female alpacas are worth a lot more because they breed – but then you do get the odd exceptionally good male, the stud, the Sean Connery of alpacas – and they’re worth a fortune. And mating them is an interesting experience! I let the experts sort that out for me, but once it’s done they have a spit-off – three meetings, a week apart – and if the female spits at the male it means she’s pregnant! So that takes up quite a few weekends!  We plan to sell them – but I can’t quite bring myself to yet, as we’re too attached!  We also have 20 chickens, 8 ducks, two lambs, a dog, a cat, a rabbit and two dwarf hamsters – and we’ve just put up a yurt – it is basically The Good Life! 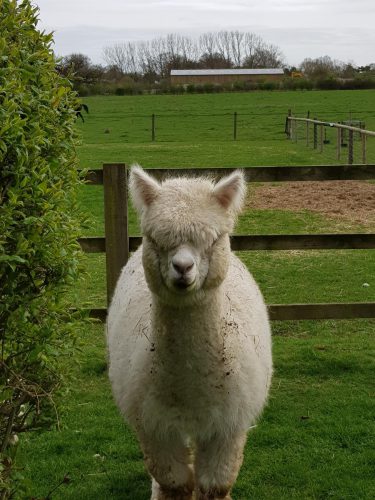