THE MAGIC OF A MINIMALIST LIVING SPACE

We have recently spoken about a major Detox, whether it be in your diet, alcohol intake or Digital activities, so now we have the most challenging, especially if you or your partner like to hang onto things that are well past their sell by date.

My parents were prime examples, so much so that some of their keepsakes actually came back into fashion after a few years.  It was actually my Dad who had the addiction to clutter, but was cleverly overcome by my Mum who packed the ‘rubbish’ into storage and put it in their very ample loft space in tidy boxes. 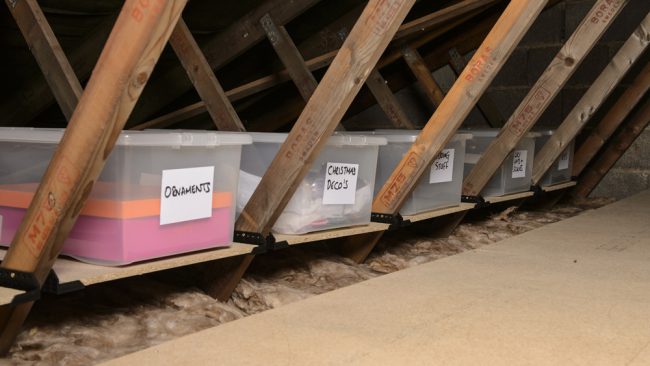 Nowadays, we are much better at throwing out unwanted belongings, especially furniture, ornaments and clothes – as they are easier to recycle or sell online or give to charity.

I recently had a major declutter, and feel a lot better for it, helped tremendously by a revolutionary book I’d heard about by Marie Kondo, a Japanese organising consultant, which began from friends comments on how she had transformed their lives.

The book is called The Life-Changing Magic of Tidying Up: The Japanese Art of Decluttering and Organizing, which has sold millions of copies across the World. 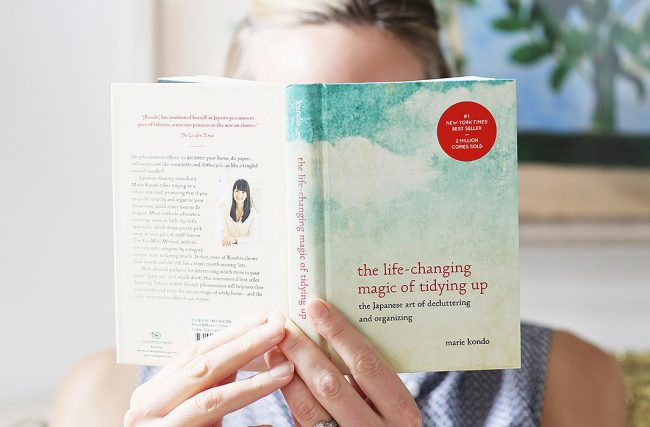 Marie Kondo’s book is simple but instructive, and if you take it seriously, is revolutionary about how your approach clutter.

Her first instruction is to identify and put your hands on everything you own, asking yourself if it makes you feel good, and if it doesn’t, thank it personally and then dispose of it.

Secondly, once only your most joy-giving belongings remain, put every item in a place where they are visible, accessible, and easy to grab and then put back. Only then, she says, will you have accomplished your housekeeping happiness, and cleaning will be easier and more satisfying.

You may find this idea challenging at first, as a working mother or if you have lived in a house for a long time with a lot of precious memories embedded in ‘things’ around the house.  But according to an array of home owners and occupiers, who have followed the advice of Marie Konde, it is life changing and can become a blissful remedy to depression, anxiety and even lead to releasing endorphins that you didn’t know existed.

It may not surprise you if you have been following any of my articles in the past that I have tried this myself, and it began with my overly laden wardrobe of unwanted clothes, especially tops and jumpers.

It was hard at first to get rid of ‘favourites’ but I discovered I had several of the same type, and discovered I only wore one of each of them anyway.  So after eight black bags had been filled for the charity shop, I started to feel better and certainly more enlightened as Ms Kondo had suggested.

I am now starting on the home itself, and even if you really really don’t want to let go of old heir looms, then why not store them away in the loft to see how you feel with a clearer living space, which in feng shui speak, can only lead to a more productive clutter free future.

So for once I would advise ‘Do Try this at Home’.