THE PEARL OF THE ADRIATIC – A NOVASOL ADVENTURE

Once we had spent a couple of days in Orasac, Croatia, checking out the local area and finding out more about its history and culture, we were becoming more fascinated by the country and were completely in love with the choice of location.

The Novasol villa in all its glory, with is amazing views of the sea and bay was a great base for us, and and our gracious host Ivo had offered to show us around Dubrovnik just 15 minutes along the coast. As Ivo drove us toward the old City, he began to tell us more about the history, and how it had become an UNESCO World Heritage Site, having been founded in the 7th century.

As we entered the city at the Pile Gate we strolled around in sheer admiration of the ancient alleyways and architecture.  We visited the Rector’s Palace which has a vast history of surviving war, fire and earthquakes, but has now been restored to its natural splendour and the History Department of the Museum of Dubrovnik has operated in the palace since 1872.

We then stopped for lunch at Poco Loco, situated in a little square, just around the corner from the old port, serving fusion food and cocktails.   We ate a delicious light meal and sipped at one of their local recommended wines, before stepping out again to explore the rest of the City. 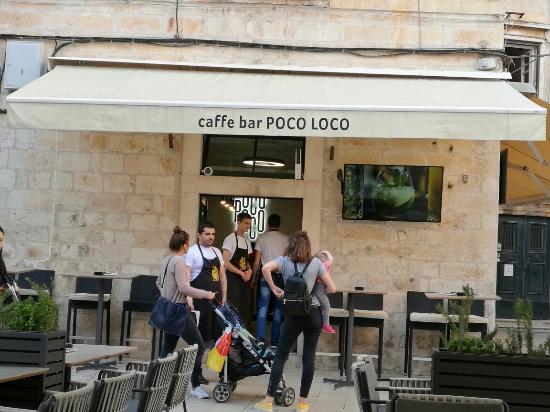 There seemed to be Street artistry at every corner, and it is no wonder as Artists and Performers are attracted to the sheer magic of the City as it has become an inspiration for all forms of creativity.  It is an uplifting experience to just wander around within its 2km walls, and has earned its name Pearl of the Adriatic, as there is nowhere else in Europe that could compare to its captivating spirit.

Ivo had arranged to pick us up later in the afternoon, giving us plenty of time to explore the City.  As we drove back along the coast we again marvelled at the wonder of the landscape, as we had on our first day in Croatia.

The following day we were recommended to visit a restaurant close to the Villa, and so we ventured to Taverna Arka just three kilometres from ‘home’. 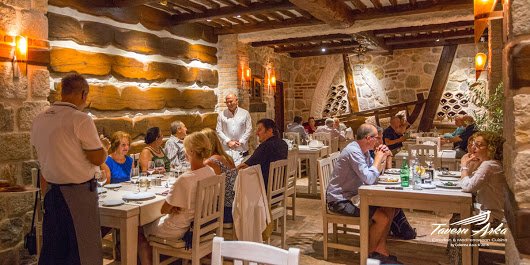 There was no need to book as we were slightly off season, but were greeted by Peter the owner as if he had known us for decades.  The young waiter who was friendly and caring, took time to explain each item on the menu to us, and the produce was fresh and sourced from local farms and fishermen.

We decided on the wild mushroom risotto and oysters followed by a steak and seabass main course, all specialities of the house, and we hardly had room for the desserts, but there was a good selection, which were also quite delicious. 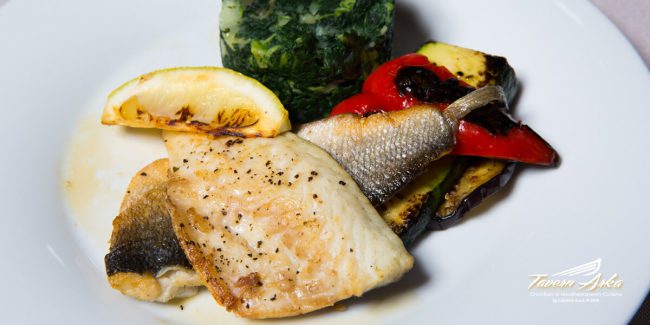 In the Summer the roof terrace is open and overlooks the bay of Zaton where it is situated, and the views again are quite exceptional, and a great attraction for both visitors and locals.

We were now beginning to feel the benefits of the region, and were still on a mission to discover more.

See later more gems of the Adriatic on our Novasol adventure.