Traveling The Netherlands is More Than Just Amsterdam

When our work took us to Amsterdam for a film festival (which we had entered and won, by the way – woo hoo!) 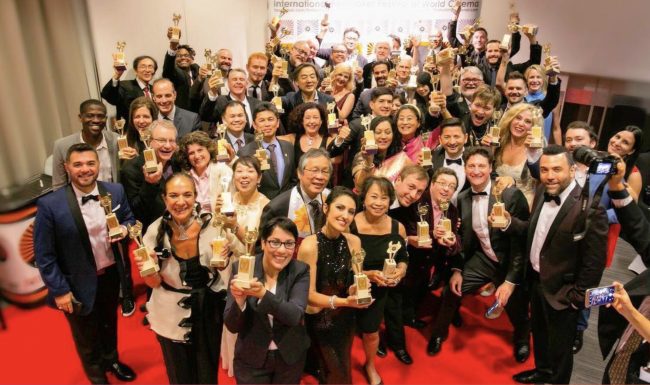 My husband and I decided to take advantage of the opportunity of being in Holland and take a couple of weeks to travel around The Netherlands. In that time – our first time exploring the country together – we fell in love with the place. And not just its capital.

When tourists think of Holland, they instantly think of Amsterdam, conjuring up images of weed cafes and legal prostitutes as far as the eye can see, with tulips, canals, trams or bicycles, but all still through the prism of The Dam (as the locals call it). 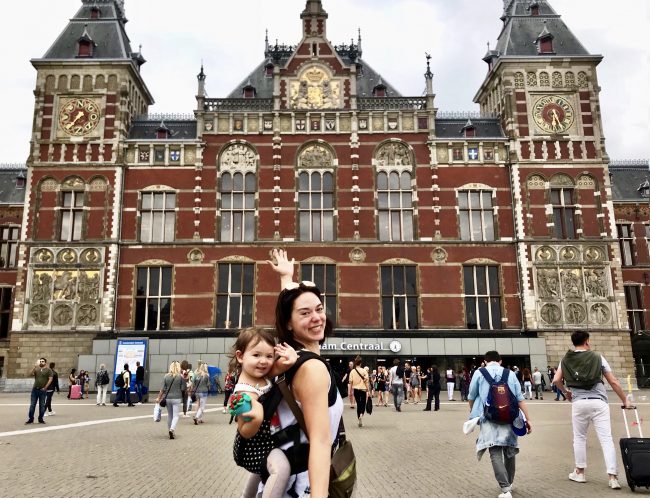 It does indeed go far beyond the tulips and canals and really is worth planning a trip to this amazing country – sooner rather than later. 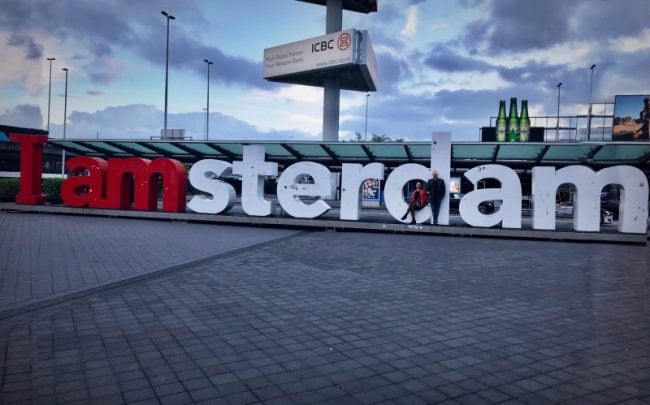 Many of the places/attractions we visited are fun for both adults and kids alike. As the saying goes, The Netherlands is for ages 1-100, which was just as well as we were also travelling with our young toddler daughter Xena.

Public transport is a breeze in this country. Getting from city to city couldn’t be easier, and their trains are prompt and clean. We left Amsterdam and hopped on a train to The Hague. Even with four suitcases, a pram and a toddler, it was painless.  We opted to stay by the beach, which was beautiful and highly recommend. Even in the warm summer months, it means lovely cool breezes at night. The weather was especially fitting for rolling up our jeans and wading around through the soft sand of the flat beaches that seemed to extend forever, creating mini ponds and ocean water puddles throughout. 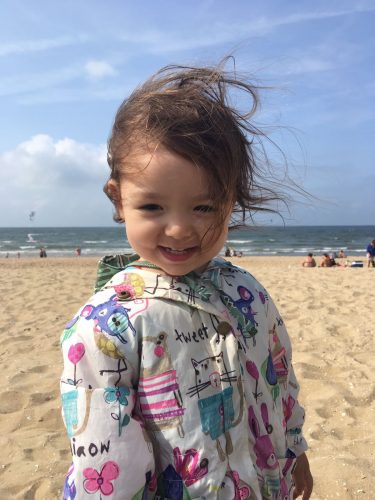 There were restaurants along the beach, and the harbour, where you could go for fresh and fried fish and seafood.  It reminded me of New England, with the same quality to the sand, the water and even the seagulls, but with far less congestion and pollution. 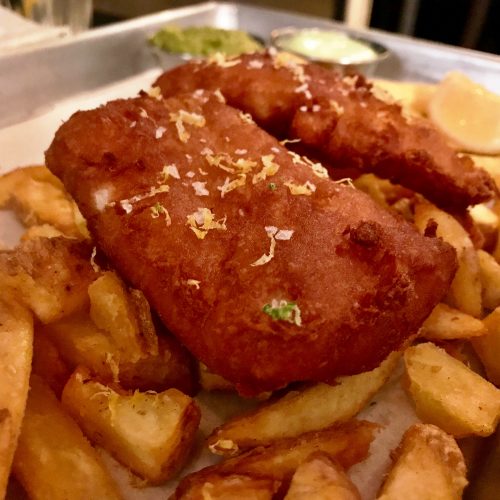 It was simple to get into the city center via bus and/or tram, and we headed in on most days, enjoying fantastic coffee. The third wave coffee movement is alive and well in The Hague. In fact, The Netherlands in general is one of the best countries in the world that I’ve visited with consistent quality coffee throughout. 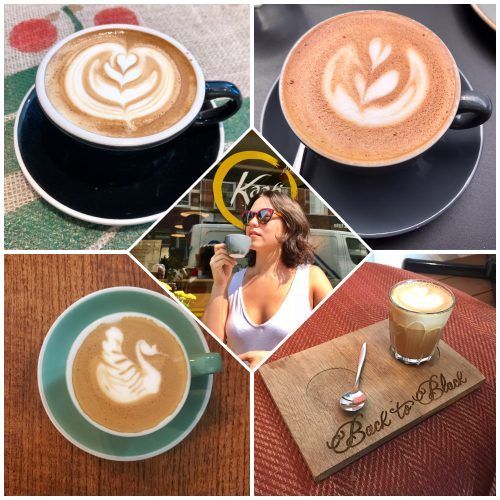 We also explored the culinary scene, which was stellar. The food in this country is really great, and you will appreciate it even more if you are a foodie.   Wherever we were, it was possible to find a good quality restaurant serving sustainable, fresh food. Even most conventional grocery stores offered a decent organic (bio) section, including meats. There were also a few fully organic supermarkets to be found, even in smaller cities.

The City of The Hague is gorgeous. There’s greenery all over, smooth roads with bike lanes and quiet trams weaving in and out of the architecturally impressive homes. In the center is the Hofvijver, a beautiful pond adjacent to the Binnenhof (government office) and the Mauritshuis (the museum that is home to “The Girl with the Pearl Earring”). 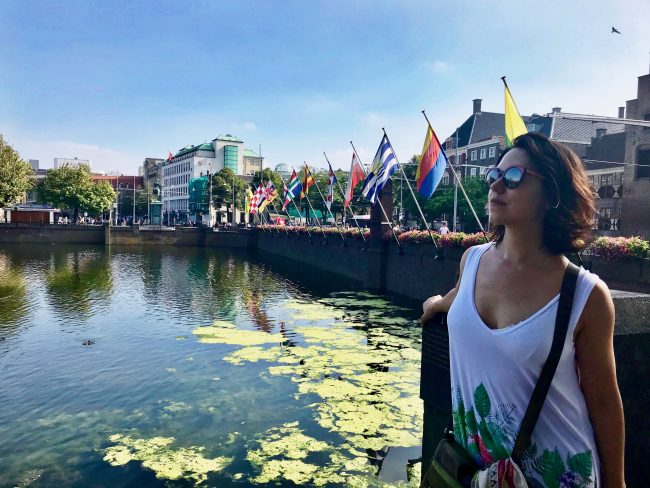 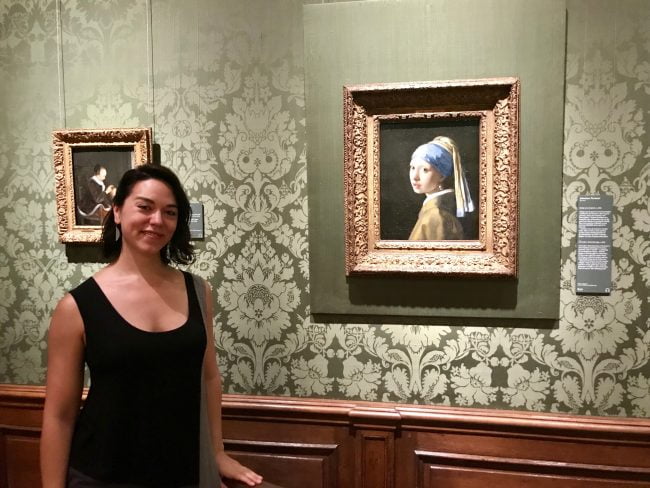 Not too far away is the Escher in Het Paleis, where you can see M.C. Escher’s original artwork while wandering through the magnificent palace that houses it. Sheepishly, I’ll admit that I had no idea Escher was Dutch! I am a fan, though, and it was really special to see original works of such famous paintings, especially after being exposed to prints of them on the wall of every college dorm I’ve ever been in (alongside Ansel Adams, Bob Marley and Albert Einstein posters). 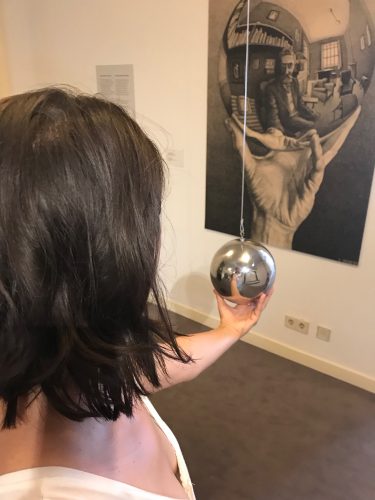 A trip to Den Haag wouldn’t be complete without a trip to Madurodam, a miniature replica of the entire country. My young 2 year old daughter Xena loved it, but I think my husband and I enjoyed it more. The detail is insane and settled in amongst the miniatures happens to be some giant tulips, perfect for unforgettable photo ops. Do not miss. I have no idea why, and no one could quite explain it, but Dutch people love miniatures. As if one theme park made up of a small version of the country isn’t enough, there’s also Miniworld in Rotterdam! It’s not nearly as majestic as Madurodam, but still fun to see, if you’re in the area. Which we were! 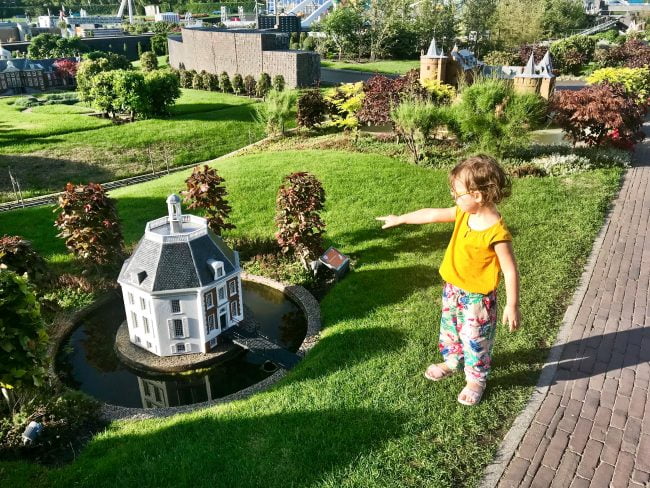 In fact, Rotterdam was our next stop. We enjoyed this bustling, hip city. If The Hague is a classy, bourgeois Grand Dame (thanks to all the diplomats, expats and government officials living there), then Rotterdam is its art-school attending, aspiring musician, younger cousin. It’s very multi-cultural, with a lot of cool shops and artsy vibes. It also, like most places in The Netherlands, has great cuisine and top-notch coffee. Another plus is the Rotterdam Zoo, considered one of Europe’s finest (my favorite part was the Oceanium). 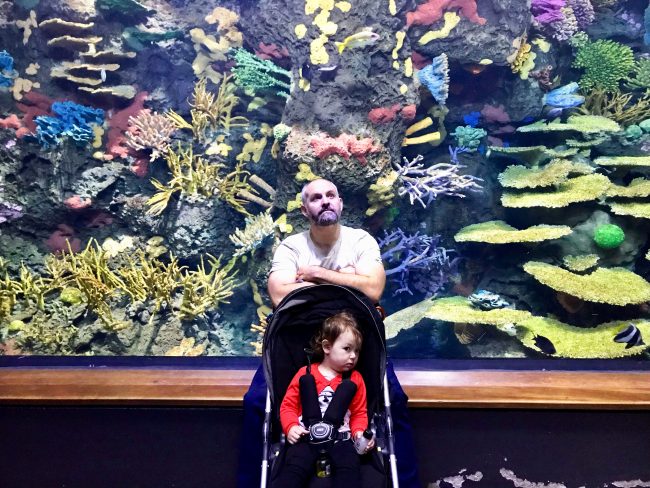