The TV series documents events around the discovery of the tomb of Tutankhamun in Valley of the Kings in Egypt, instigated by Lord Carnarvon in 1905. Sam Neill delivers his usual stellar performance, and we are transported to the time when England’s elite really were the ruling class. 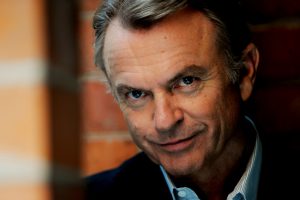 Howard Carter – the archaeologist at the helm of this historical dig, was purportedly the only man with the knowledge and knowhow to execute and head up such a prestigious and potentially perilous project.

Carter is played by Max Irons, son of Jeremy Irons, and his painful passion for both the discovery and the daughter of Lord Carnarvon, is beautifully portrayed. 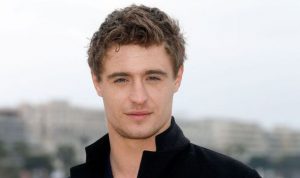 Carnarvon, whose home back in Blighty was Highclere Castle, which ironically become the most famous ITV costume drama home of all: Downton Abbey, did not approve of the love match, and it nearly put an end to the relationship of Carter and Lord Carnarvon. But passion usually prevails, and you will have to watch the drama unfold as the DVD is released to see who strikes the ultimate triumph. 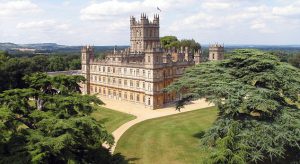 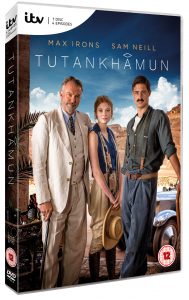 Set against the ochre sands, looming cliffs and baking heat of Egypt’s Valley of the Kings, this ambitious, sweeping saga is based on the compelling personal story of Howard Carter, the eminent British archaeologist who found the tomb of the boy-king Tutankhamun. Down at heel archaeologist Howard Carter (Max Irons; Woman in Gold, The White Queen) stumbles upon evidence of an undiscovered tomb of one of Egypt’s forgotten Pharaohs, Tutankhamun. Other archaeologists dismiss Carter’s theories as impossible, a romantic dream: The valley, they say, has been dug out. Only one man believes in Carter’s dream, and puts up the money he needs: Lord Carnarvon (Sam Neill; Peaky Blinders, Jurassic Park), a born gambler and thrill-seeker. Together, this unlikely pair overcome all odds – corrupt officials, rival digs, war, revolution – in pursuit of this impossible dream.