WHERE DID YOU SLEEP LAST NIGHT

As Stephen Lawrence’s father Neville takes part in a new documentary about his son’s untimely death 25 years ago, he states that he forgives the murderers of his son –  he has campaigned for justice since his death and urges to keep the investigation alive but to scale it down.

Similarly Stephen’s mother, Baroness Lawrence, also urges the nation to scale down the investigation into her son’s death, as after so many years of acute suffering, she feels it is time to move on.

As we see a surge in knife and gun crime across the capital, with the increasing power of gang warfare, we also look beyond the troubled ghettos to observe the escalation of racially motivated offences – and at how we can combat the formidable forces that are gripping our streets, and indeed our nation.

We can blame the withdrawal of funding for young people, or as rappers consistently glorify gangster culture we can lay the blame at their door. But as we are searching for a solution, let us look at the parents of the offenders, by not collaborating against them, but by giving support and empathy to those who have lost control of their offspring through no fault of their own, and for the inevitable tragedy that lands at their feet.

Perhaps the help should be focused on these parents of the muggers and victims, many of whom are operating alone, with very little financial support or back-up, due to the breakdown of the extended family.

Imagine the agony of the struggling parent who has already lost their child to street crime, through no fault of their own, against the harsh reality of a losing battle in their own back yard.

So is the answer to take away the weapons, and disarm the offenders, in a fruitless attempt to lessen the murders that take place, or is it more fundamental in that getting to the core of the issue should be the starting point? 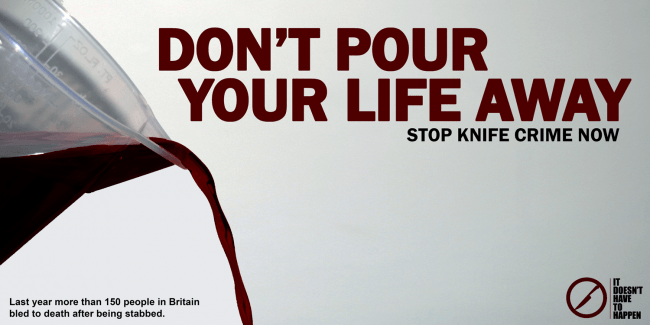 A parent’s love for their child will always remain unchallenged in any situation, and forgiveness will reign with their true ‘blood’ – and I don’t mean the ‘gangsta’ version. The sleepless nights of the parent when the child is away from home is evident in all domains, but especially when there is potential danger.

What has happened in our communities that we have buried our heads in the sand, not giving help to vulnerable friends and neighbours? If you look closely, perhaps in your own street or neighbourhood, or even your work place, there will be someone who could benefit from just a few minutes of your time.

What would it mean for the close relative of the offender, or the victim, if the agony could be prevented? We may not be able to wipe out street crime forever, but by lending a sympathetic ear to a parent in need, we could save a life in ways too numerous to imagine.

Perhaps the lyrics of this song could help you to feel the pain of a parent who is about to lose their child through street crime and gangster culture, but no matter what, will love them unconditionally – whichever side of the track they reside.