Food is a passion of mine, and I adore discovering new places to eat when travelling. I have even been known to jump on a plane just to experience a new restaurant or type of cuisine.  When home based I explore random eateries – and if I can discover a new culture whilst I am at it, all the better.

When I’m traveling, I also like to explore the history, people, art, and the best way to ‘taste’ a region is through their food.

Over the course of the life of this blog, I will be taking you to different countries and cities, some may be a short hop from where you live, others further afield. The food will vary in taste, culture and cost and a blog could detail an entire meal, or may expound on the merits of a perfect cup of espresso.

I will go everywhere and take you with me, and perhaps inspire some adventures, either in travel or new food experiences.

So, as this is our inaugural journey, and as I love a good wine pairing, I thought I would start with a place known for its fermented grape libations – Bordeaux, France. 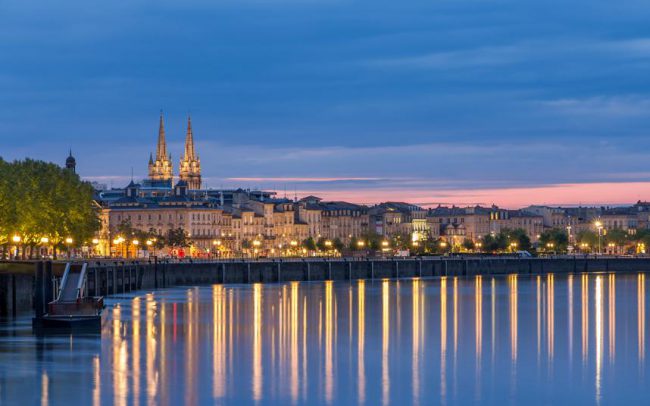 The food in Bordeaux is exquisite. Even the places I stumbled upon were incredible.
Perhaps because Bordeaux is famous for its wines, it attracts the most discerning wine lovers.

The restaurant owners subsequently understand that their food needs to stand up to the quality of the wine, and as a result, you get truly beautiful meals all over the city, and since it’s France, much of it is done seasonally, which is even better.

I begin with a little gem I happened upon while sauntering around the cobblestone streets of Bordeaux with a group of close friends, trying to enjoy the time as my baby slept in her buggy. Luckily for us, this place had a couple of tables outside, and the weather was crisp but not cold, and we enjoyed the fresh air as we dined. 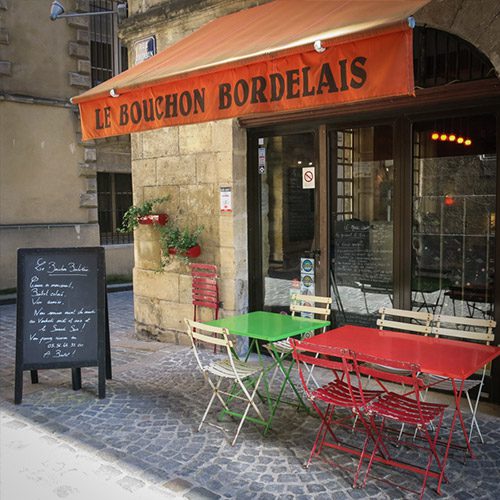 The passion of Chef Frédéric Vigouroux, feels at first like a quintessential French bistro with a menu filled with tried-and-true classics. 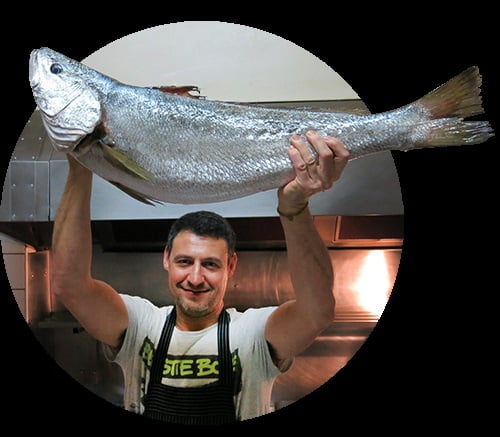 However, upon closer inspection, I realized it was far from typical.  The waiters were patient and friendly, and didn’t pressure us at all to order or finish our meal. 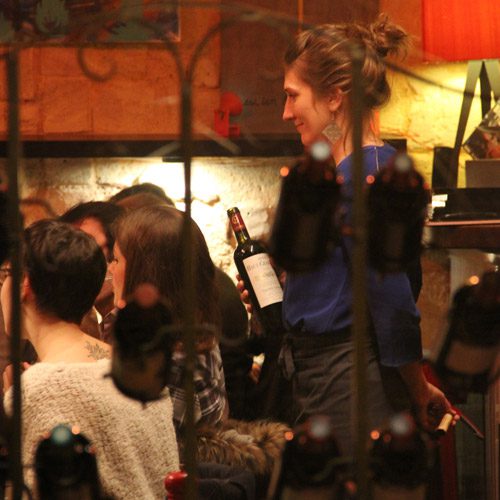 They even spoke some English, a rarity in the City, which helped tremendously when Google Translate froze up or when we couldn’t connect to WiFi, as our French was very rusty.

The first thing the waiters do on arrival is to bring over a portable blackboard with the menu written on it in chalk. They explained that they do not have paper menus because the dishes they offer change daily, both for lunch and for dinner. Each meal, they offer up consists of le soup, le saladier, poisson, viande et le dessert (soup, salad, fish, meat and dessert, but it sounds so much better in French). 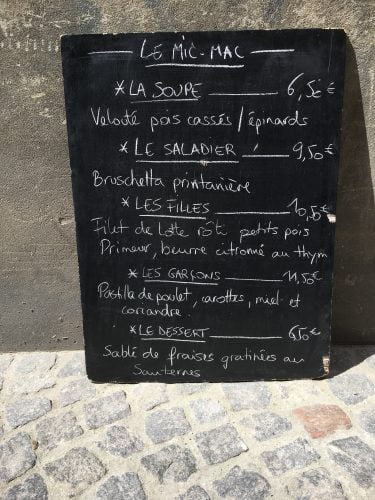 Every once in a while, depending on their fresh find that day, they also offer up la grillade – a beautifully cut, marbled and cooked steak.

They had some fantastic recommendations, and, of course, appropriate and beautiful wine pairings to go along with them. As there were three of us in total, and in an effort to try as many dishes as possible – we ordered a selection for us all to share – soup, two salads and a large fish dish.

I’ll break down each dish, to give you an idea of the content, Like I said, if you go, you probably won’t be able to emulate the meal we had, but you’ll be able to have a new experience with the same level of quality and craftsmanship.

The start of my infatuation was in the form of a velvety pea shoot soup. Floating like an island in the middle of a delicious, bright green ocean was a huge dollop of fresh goat Chantilly cream. For those of you who don’t know what that is (as I didn’t), it’s a salty sweet cream, whipped to smooth oblivion. It was perfect. And by the way, when I say there was a “dollop” of cream, I mean it took up half the bowl and was covered in chopped herbs (mmmmmm, chives). It was so scrumptious, even my baby scarfed it down eagerly (and that’s no easy feat!).

This was followed up by the first salad, a spring bruschetta (bruschetta printanière), which is a perfectly crisp piece of crunchy toast topped by a delectable combination of chunky cucumbers, succulent tomatoes and cured meat, with an uber-fresh green leaf salad on the side. What made this salad stand out from all the other “topped toast” dishes I’d had in the past, aside from the sheer quality of the ingredients, were three things: 1) the perfectly soft-boiled egg served alongside the toast, 2) the super fresh chimichurri-style dressing ladled liberally over the top of the proceedings and 3) much like the pea soup, the dish was covered in herbs and fresh cream, tying it all together beautifully, while providing little bursts of unexpected added flavor. 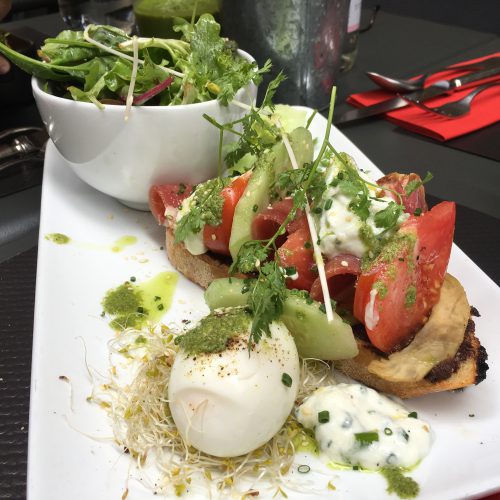 Then came salad number two, which was an unbelievable pasta dish with huge, fresh-made conchiglioni seashell pasta topped by a fresh herb pesto, with sprigs of parsley scattered throughout. Lest I forget the best part, it is also paired with a chopped, gorgeously crispy veal, making this salad feel more like a fully fledged entrée than a modest interim dish. 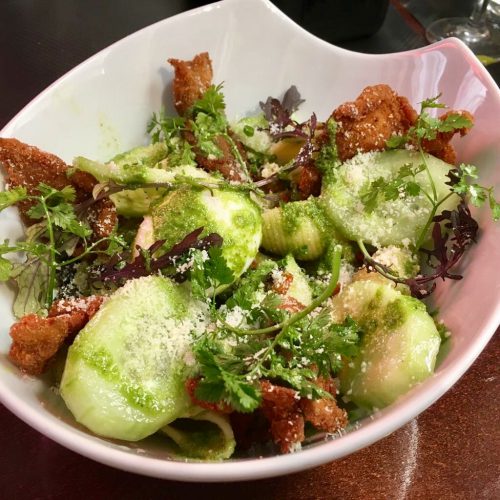 Conchiglioni is one of my favorite types of pasta, because it is designed to do two things – make sauce stick to it, and make other ingredients get trapped inside of it. Which means that every forkful is a perfect bite. And this did not disappoint in achieving that level of perfection. It almost feels unfair to merely call it a pasta salad.

Finally, we reached our closer. Again, calling it simply a fish dish seems to diminish what we were served. Yes, it was a wonderful piece of hake, a white fish from the cod family, but it almost felt like that fish mated with a shepherd’s pie and this dish was born. The base of the dish was a smooth and fluffy potato mash filled with fresh spring onions and various herbs and spices. Sitting in the midst of the mash was the hake, flaky and creamy, which was sprinkled with beautiful greens. Perched atop all of it were meaty stalks of chunky white asparagus. It brought the idea of a fish pie to a whole new level for me, which makes sense because this chef has been known to say that fish is his favorite thing to cook. 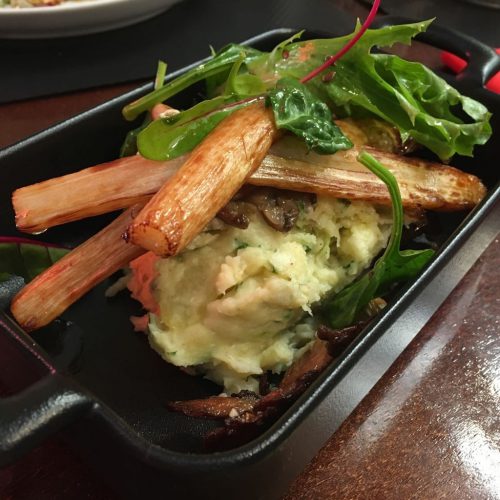 In finality, the meal was one of the best I’d had anywhere in the world. I’m sure it was because everything there is super fresh, in season, properly prepped, flawlessly seasoned and cooked to perfection. I’m equally sure too that it’s because Chef Vigouroux cares so much about his food, his patrons and the entire experience of dining at his establishment. Overall, Le Bouchon Bordelais was a huge success, and a place not to miss when you take that trip to the ultimate wine capital of the world!

Stay tuned for more from WorldEater