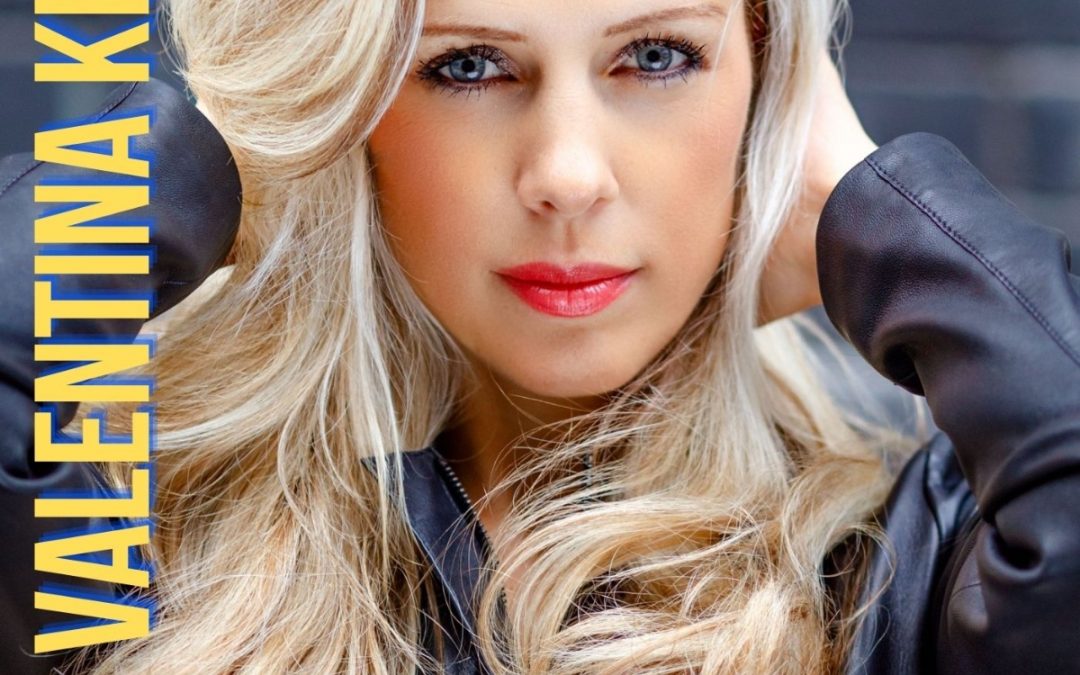 From Odessa to Oxbridge, Lawyer to Musician – Valentina Keys

All For You is the stunning new single from Soviet-born singer-songwriter/pianist Valentina Keys.

The song was born in the summer of 2020 during a tricky time for everyone and a period where Valentina had her own life crisis. It slowly evolved as a healing and uplifting ballad, which was then really brought alive with beats and energy added by the acclaimed producer Alex HarDrum in 2021, with whom Valentina was working remotely.

“For me the song is about the perfect relationship I have with music – my faithful friend that I can always turn to no matter what. We have lived through everything together and I can honestly say that this love is forever. Of course the song as a whole is about unconditional love and many people will be able to relate in their own individual way.” – Valentina

Born on the Black Sea in Odessa, USSR, Valentina Keys was a child prodigy. At age six, she was accepted to study the arts of singing, piano, music theory, ballet, painting and composotion. Classes would take place twice a week after normal school and on Saturdays. Add to this her private tuition in English and French, along with tennis lessons and the young Ukranian had little time for play.

Growing up in the shadow of the Chernobyl disaster informed Valentina’s other passion – the environment and the law. She was aware from a young age that the catastrophe could have been prevented if the right checks and risk assessments had been in place. She saw first hand the irreversible damage that environmental and health and safety incidents can cause when laws are either not enforced or observed.

With the collapse of the Soviet Union in 1992, a 13-year old Valentina moved to St Andrews, Scotland with her parents who gained employment at the University teaching Russian. It was a huge culture shock and she was terribly homesick, struggling to make new friends: –

Valentina poured her emotion into music and writing songs. Her first was in Russian and titled Odessa after her home, but she soon began writing in English and performing her material. It was these songs and performances that broke down the cultural and language barriers and built bridges. She became popular with the other children and known as the talented and musical one, even picking up a Scottish accent!

Coming from a family of academics, musicians and artists, Valentina had seen how they had struggled and was determined to find her own independence. She studied Spanish, Russian and Catalan at Cambridge University and then opted for a career in Law in order to pay off her student debts and gain the financial security she realised she would need in making her musical dreams and aspirations a reality.

Given her experiences growing up in the USSR, Environmental Law was a clear and obvious path for her passions: –

“Law provides the means to offer the right level of protection. Environmental Law is connected to the nature and health of the planet. The realities of today – climate change, climate emergency, global pandemics and biodiversity loss – are wreaking havoc on human life and our planet and were all preventable had the human race behaved themselves more responsibly. So my job is to educate and advise businesses and people on how to be responsible citizens who take care of the environment and conduct business and operations in an environmentally sustainable manner.”

Along with her Law career, Valentina has independently released two albums Love is.. and Love is Love and is now working on her third album. She loves to mix genres and to cross musical as well as cultural borders. Her love for raw, honest lyrics and stripped back acoustic recordings can be heard throughout her music. Whilst her songs strive to break down convention, lyrical and musical expectations, borders and rules, she always stays true to her Russo-Ukrainian, James Bondesque roots and this will shine through in her much awaited third album (expected 2021/2022).

Valentina is also a regular on the London gigging scene having played at some of the top songwriters’ favourite venues including the Cobden Club, the Luxe, the Old Queens Head, Soho Pizzeria, the AAA, the Water Rats, the 15 Minute Club, Raffles Chelsea, the 100 Club, Sessions 58, the Cellar@ Finborough Arms, The Good Ship,  The 229 Club, Nottinghill Arts Club,  the Troubadour and the O2 Academy, amongst others. Her music is the stuff of films and takes you on a journey. Be ready to escape.