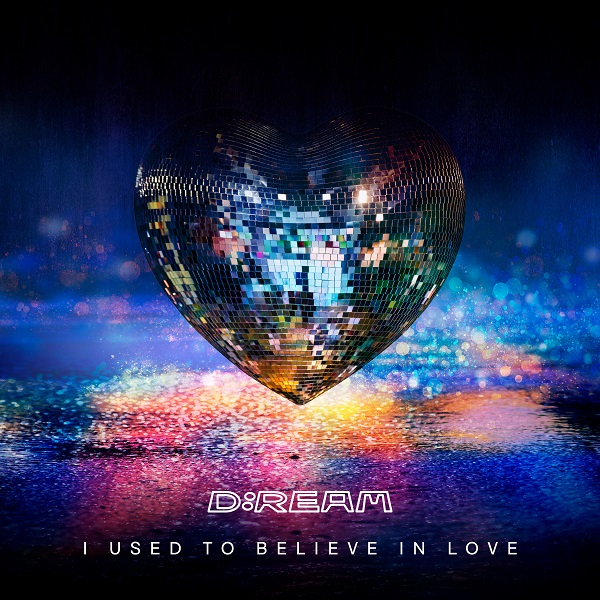 New Single – D:REAM – I USED TO BELIEVE IN LOVE

I Used To Believe In Love is the latest single to be taken from Open Hearts Open Minds, the brand-new album from 1990s chart-toppers D:Ream.

The band have gone back to their roots with ten tracks that, whilst retaining a feel of their early nineties sound, in no way sounds dated. The trademark pianos, brass, strings and occasional anthemic backing vocals are all there, mixed with plenty of live percussive elements and smatterings of guitars and even a bit of Bossa Nova on the cheeky, irony laden Selfies In Ibiza. The album has been written, played and produced by Pete and Al, much of it during lockdown, and it’s clear they have matured in all of these areas.

It’s an album of hope and optimism, mixing more serious themes, as in Emperors Of The Night, Make Love Cool Again and Universal Mother with the random playful funkiness of Skin Tight and Look At The Stars Now, Mama to the downright optimism of the excellent Many Hands and Don’t Let The Bastards Grind You Down, which manages to cross both optimistic and serious themes with its anti-bullying tone.

Pete Cunnah’s voice is sounding better than ever. The years have clearly been kind to him on that front, with shades of a certain George Michael on a few of the tracks, which can’t be a bad thing, surely?

An absolute ‘must have’ for any fans of the band from back in the day and well worth the listen for anyone who likes their music pop, but not too poppy!

The Album – OUT NOW!

It was a chance meeting in a children’s playground that achieved what the world’s best entertainment lawyers and record company executives hadn’t been able to manage: to put back together one of the most influential acts of the 90s at the moment everyone wanted more 90s. The D:Ream team of Alan Mackenzie (‘DJ, backing vocals, Head of Comedy and Magic’) and singer/songwriter Pete Cunnah were back.

As the only band that ever really brought together indie, pop and dance, D:Ream also created a double-platinum-selling anthem so powerful it not only got to the top of the charts but helped sweep away two decades of Conservative rule, bringing in New Labour on a wave of Cool Britannia and optimism. That particular bubble may have burst but if there was ever a need for more optimism, that time is now.

The pair first met when Pete moved from Ireland to London, having been on the brink of a record deal with U2’s Mother Records, with his old indie band, Tie The Boy. Disillusioned and working in a media company, it was on a big night out to legendary club The Brain in Soho that he was introduced to the uplifting house that was sweeping the clubs and the euphoria that went with it.

But it was a learning curve: Pete had the band experience, Alan the club experience but putting the two things together was something else…they figured it out, making it up as they went along. By this time, they had a name:

‘We thought we’d call ourselves The Dreamboys, after the strip act,’ says Pete, ‘then we thought we liked Dream, then someone had the idea of putting the colon in to make it D:Ream, which was the worst thing because the colon is an illegal character in HTML, so it’s still a problem online…’

Success came hard and fast. U R The Best Thing was well-received, especially in the clubs, but didn’t make it to the charts until it was the follow-up to Things Can Only Get Better, when it became the second of eight Top 40 hits from three albums, two of which made the Top 5. But success can take people in different directions, which is what happened with Pete and Alan.

‘We split up over how pop the band was going,’ says Pete now. ‘This was around the fourth single and with the benefit of hindsight, I think Al was right. My dream was to get to the top of the charts and going to number one is all great but then the mistake was to go on tour with Take That and to end up going on kids’ television and the rest of it. Being pushed around from here to there. I can see why that made Al uncomfortable.’

The first new work they did together was in 2012, an exercise in getting things out of their system. Pete wanted to play guitar, they wanted the songs to be more complex and, in Al’s words, ‘we got a bit too muso’. ‘If you’re thinking of strings and piano and hands-in-the-air pants-down moments, that’s what we can really deliver…,’ says Pete. ‘So, we’ve gone back to that.’

The new album is exactly what D:Ream fans have been waiting for since that very first smash hit: –

‘We want to make people feel good,’ says Pete. ‘And we’ve had a ton of fun doing it. We don’t have anything to prove, we just want people to enjoy it. That last album, as much as it went down well, we did it for ourselves. This one is back to basics, tracks like Don’t Let The Bastards Grind You Down, which is very old D:Ream with a very 90s feel, very up-tempo.’