COMBATING THE UNPREDICTABLE COVID-19 – FOUR THIEVES ARE HERE TO HELP

As we are told to wash our hands for the duration of a hearty ‘Happy Birthday” and to stay close to home if at all possible, I am not sure it will make a difference.

I remember several years back a very adventurous friend of mine from the States was resolute on taking her trip to Asia at the heart of the SARS outbreak, saying that she would rather realise her dream to travel to the destination than be afraid of the outcome.  I really admired her for that and she was of course perfectly safe.

The Covid-19 virus is a virtually unpredictable and unfamiliar virus that seems to attack the elderly and more infirm of our species.  Perhaps this is why there is a chill running through the country and our government as we try to contain it. 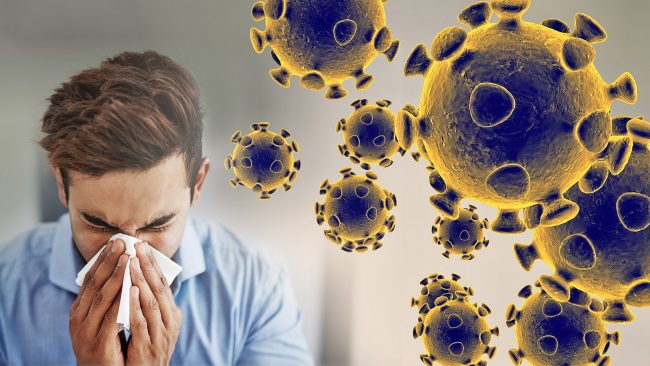 Allways use a tissue and dispose of carefully

But if you can cast your minds or at least your history books back to the Plague of the 16th Century, you may begin to understand how remarkable it was when four robbers survived, even having been in direct contact with the bodies of those who had died with the deadly disease as they raided their graves and bodies.  But they put it down to a secret remedy.

I met up with another friend again recently who swears by this ancient remedy, and is even more determined to carry it around with him with the threat of this virus.  He comes into contact with people all the time, and has so far been exonerated from flu and virus infections for several years since he has been inhaling the preparation.

Things to look out for

The Four Thieves remedy originated from Marseilles around 1760 when these four vagabonds were arrested and traded in their secret cure and prevention of the disease that was wiping out a nation.   Yes, that’s right they did a deal with the government (or the devil) to get themselves a reprieve from being beheaded.

So how effective is the essence?  I suspect that it is 90 percent self-belief that you won’t get it and 10 percent the actual remedy itself.  But that is my own interpretation, and as in all old wife’s tales or herbal remedies, I do believe there is an element of truth in all of them – with the exception perhaps of bloodletting!!

The original recipe hung in the Museum of Paris in 1937 and is said to be a copy of the recipe displayed on the walls of Marseilles at the time of the Plague:

Take three pints of strong white wine vinegar, add a handful of each of wormwood, meadowsweet, wild marjoram and sage, fifty cloves, two ounces of campanula roots, two ounces of angelic, rosemary and horehound and three large measures of camphor. Place the mixture in a container for fifteen days, strain and express then bottle. Use by rubbing it on the hands, ears and temples from time to time when approaching a plague victim.

Four thieves vinegar include various herbs that typically include sage, lavender, thyme, and rosemary, along with garlic. Additional herbs sometimes include rue, mint, and wormwood. It has become traditional to use four herbs in the recipe—one for each thief, though earlier recipes often have a dozen herbs or more. It is still sold in Provence. In Italy a mixture called “seven thieves’ vinegar” is sold as a smelling salt, though its ingredients appear to be the same as in four thieves’ mixtures. 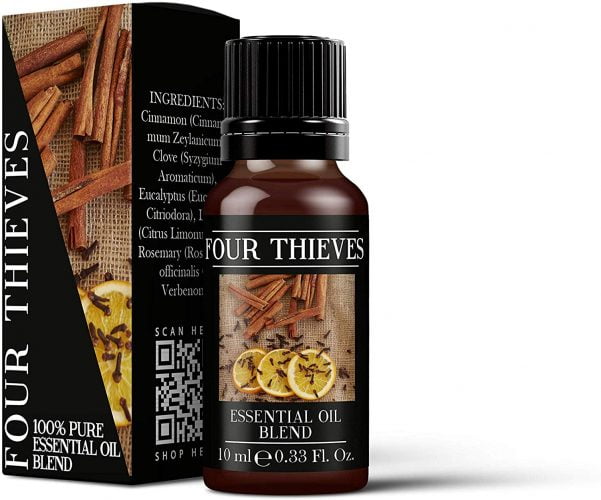 But in our modern day, we can buy it here on Amazon as an aromatherapy preparation, and as a result of the recent directive, I am now going out armed with both Four Thieves essential oil and a good hand gel, as I would like to take a tip from my courageous American friend, who was adventure lead and didn’t allow anything to deter her from living her life.

After all, when your number is up …… and I am a great fatalist and a believer in the Law of Attraction which has served me really well for many many years.