Many years ago when I was attending a spiritual healing retreat, a guru told me that if I had ‘plastic surgery’ the Goddess would not be happy.I have always remembered those words, and have watched carefully as more and more people have gone under the knife to look good. I have to admit that I have also considered this myself in spite of the warning as the years have progressed, but am fortunate to have inherited a very good skin and bone structure, but nonetheless felt it was time for a bit of enhancement.

I had also been contemplating a few areas of improvement, and so a few months ago began to investigate less invasive ways of doing so.  So I started checking out my options and stumbled on the Deluxe Clinic. The Deluxe Clinic resides in the affluent area of Gerrards Cross in Buckinghamshire, often referred to as the ‘Hollywood of England’, mainly due to its celebrity inhabitants and easy proximity to Pinewood Studios. 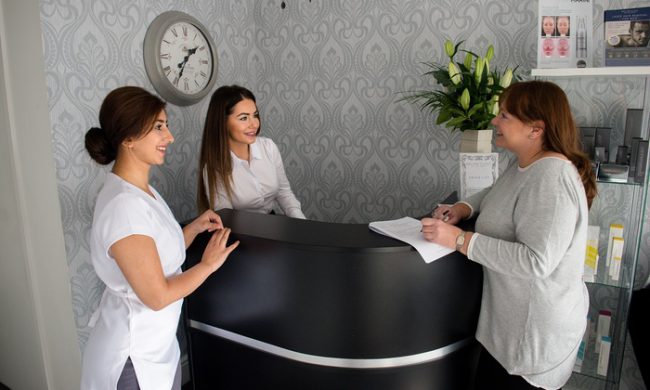 My family moved to Gerrards Cross as their their film career was taking off in the seventies, and they had moved their ‘empire’ to Pinewood.  So I am familiar with the fabulous energy of the village and the well-known faces, even though it has undergone changes over the years. So it was a delight to discover the Clinic with its expertise in Hifu which is a brilliant non-invasive laser face lift.  Not only is it administered by well trained staff, but the clinic works with trained nurses and even the NHS with many of its techniques.

The tariffs of this revolutionary cosmetic surgery are also extremely competitive and are well below the prices of most London salons.I decided to check it out, and was warmly greeted by the owner, Simona Goci, who took the time and trouble to introduce me to the other members of her staff and spend time explaining the various treatments.The premises themselves are pristine and the treatment rooms tranquil and geared for the greater good of the client.

In spite of my reservations, Simona was completely reassuring but honest, and told me in great detail the areas of my face that she would recommend could be improved.  She also gave me a number of options, but not once did I feel she was ‘selling’ to me.

After a lot of questions and considerations, I signed up to try the Hifu facelift.   HIFU Face and Neck Lift (High Intensity Focused Ultrasound) also known as Non-surgical Facelift has become one of the most sought after lifting treatments for face and neck. 3D SkinMed is a one-off treatment which will help you achieve tighter, firmer, lifted skin! It all sounds so easy, but believe me it was a major decision, especially for someone like me who had been warned not to interfere with nature’s bigger plan.

The procedure takes a couple of hours, and is virtually pain free.   Simona herself is in charge of the Hifu and is an expert.  She explains what she is doing at every stage, and I felt nurtured and in good hands.The effects take three months to reach their optimum level, as the skin has to readjust and tighten gradually over time.  I was told I may not see an immediate difference but I did and friends and colleagues have remarked on how well and young I look, even after a few weeks. 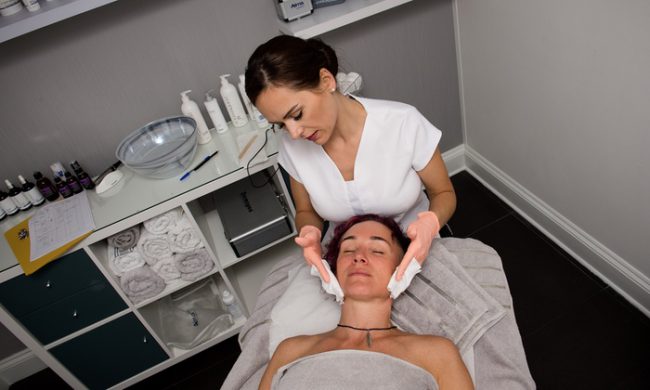 I would certainly recommend anyone who has been considering having ‘work’ done to check out the Deluxe Clinic as their methods won’t make such a dent on your skin or your bank account. I would also recommend that wherever you live, this is a great place to check out, and is well worth the journey, even to make a special trip.

If unlike me you want to keep the treatment a secret, their staff are discreet and confidential.  I am quite happy to recommend this to others who are in need but don’t want to go the invasive route, as it really does give a boost to both your skin and your confidence. I have also consulted my oracle, and feel that in spite of the advice of the guru, the Goddess is pleased with my decision, as it enhances her work in the first place, rather than reinventing it.

If you would like a free consultation call Deluxe Clinic on 01753 885777.
Or visit the website at http://www.deluxeclinic.co.uk/