Everyone Is a Politician

How many times have you vowed not to get involved in politics, either a political debate or office politics or ‘in house’ family disagreements – politics are in every walk of life and are completely unavoidable.

A few years ago I decided to work from home with a new business venture, as I detested office politics. Well, I have news for you – I have had to become far more politic savvy as a result – because when you are at the helm of a business large or small, politics rear their ugly head every which way you turn. From the office junior to the senior accounts executive – they all have their own agenda and it is therefore necessary to take on the attributes of Margaret Thatcher (ruthlessness), Tony Blair (smarminess) and Boris Johnson (crazy charisma). So the very demon I was trying to avoid has come back to haunt me! 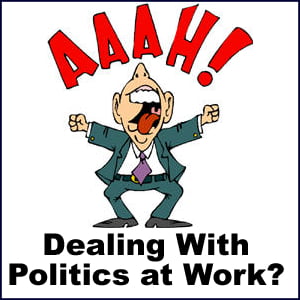 I watch my own sister with her young family and the mums she hangs out with at the local play groups. Talk about in house competition similar to our own Government – you would think it is all about the parents and not the kids at all. From what they are wearing to the schools they are targeting, let alone the gossip and the hierarchy of the groups themselves, with the parents vying to be the best role models by wearing themselves out with the endless violin lessons and after school dance and sports activities. It is a wonder that they ever get to communicate with their kids at all, as it is all about who wins the vote as top parent.

I recently visited a family member in hospital and found him having to ‘play’ the nurses against each other in a sort of ‘divide and rule’ game to keep on top of his medication. He had become a top candidate for repression because of his age, and had to fight back in order to be noticed at all, using all of his wily means to achieve any recognition at all.

I remember being at University and having an encounter with a classmate who had put herself forward as a senior candidate for leadership in beauty, brains and bromance (or the female equivalent). Well, as a less than adequate individual in all three, I had to challenge her – and we came to an understanding and are still friends, but as a result of a huge political banter on both sides. 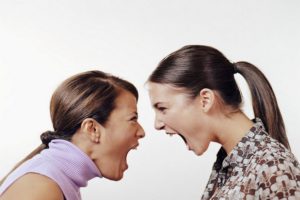 I could go on, but I challenge you to look at your own life and you will find a political connotation within your own four walls, or certainly in your own back yard. Nothing wrong with that, but when I hear the words ‘I don’t get involved in politics’ I really will laugh out loud.