Bruno Tilley visited us at Pinewood Studios recently as he was launching his new art based T-Shirt company and wanted to show us. We were definitely impressed with the T-shirts, but even more so with Bruno himself. 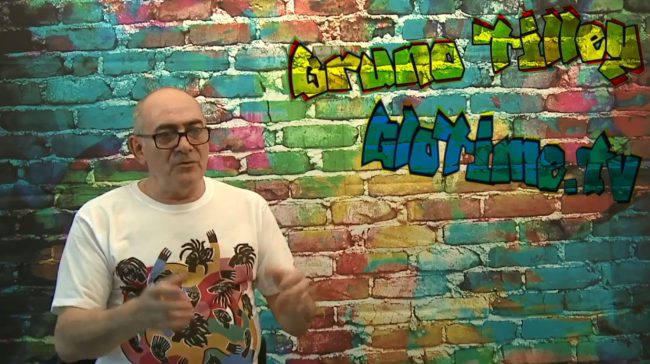 An old friend of Bruno’s told him ‘when something really bad happens, good will follow’ which is why in the turbulent industry of Music and Art, Bruno has always remained positive and focused on a good outcome.

It has certainly paid off and in spite of the fact that after Art School Bruno was living in a chaotic but rather creative squat, this is where he landed the dream job as designer at Island Records. 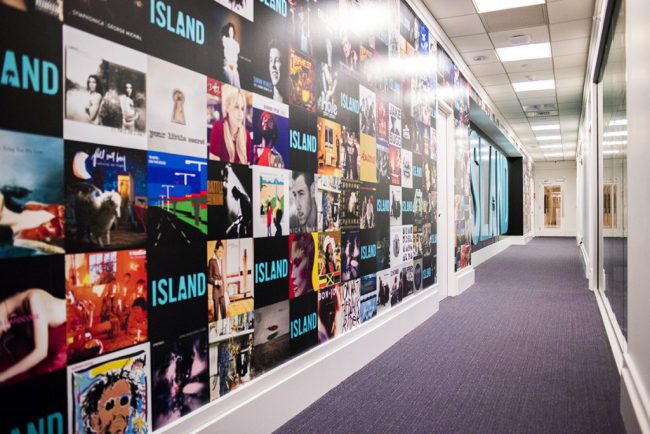 Bruno one of those rare individuals who is both creative and practical, and after enlisting a design team was the first person to create an ‘in house’ art department within a record label – his job description being ‘One foot in art and one in Marketing’.

His passion for art and music drove him to ensure that his success was not short lived, and he remained at Island Records for ten years having worked his way up to creative director and onto the board of directors. In that time he directed videos and lead campaigns for legends like Bob Marley, U2, Grace Jones and many more. Buffalo Soldier by Bob Marley was the first music video that Bruno directed.

Wherever possible he would like to meet with the artists first and then create their campaign image, which was a huge part of their ultimate success, both with their imagery as well as their music.

Not only has Bruno designed major album covers he has also produced various music videos and even music videos based on cult television series such as The Prisoner and Thunderbirds. Bruno was especially keen to do a video based on Thunderbirds as it was his favourite TV series growing up. You can see the Thunderbirds music video below. A little known fact is that as in the original TV series of Thunderbirds real human hands were used for close up shots, the human hands in the video are actually Bruno’s!

He always loved working with fellow creatives and commissioned some of the leading photographers, Illustrators, designers, film makers and even sculptors to create the campaigns.

Very often these campaigns would include T-shirts which were then worn by celebrities all over the world. Sometimes the T shirts sold more than the records.

During his time at Island Records, as one of his assignments Bruno fell head over heels in love with a beautiful young singer, who he discovered was dangerously addicted to heroin.
On Bruno’s mission to save the singer, he was beckoned into ghettos, drug dens, and rehab centres, and describes this phase of his life as now seeming unreal, “Every day was like living in a movie” As a form of a personal exorcism and warning to others Bruno took the experience and has written a full length feature film called ‘Hooked’ which he hopes to direct.
As painful as it was, Bruno felt it was a turning point in his life and is now happily married with a lovely young daughter, whom he absolutely adores.

So back to the T-shirts, if you log onto the Website, www.aware.zone you can see a wide range of images featuring top photographers, painters and image makers which are not only innovative, exciting but above all unique.

The quality is first class, and the high photographic imagery is indelible as they are produced with a dye process and which means they won’t fade. The T shirts are Eco friendly and printed using recycled plastic bottles leaving a positive footprint on the planet. The prices are great too, and I can feel several Birthday and Christmas presents coming on, as well as a few personal buys.

As we filmed Bruno he said he suddenly was feeling very serious, and joked that he is usually a very entertaining man. However, we looked at it from another perspective, as he reminisced over his incredibly creative and successful life, he was beginning to realise that Bruno Tilley is a bit of a legend himself, and one thing for sure – as he said when referring to his campaign with the young female singer, he ‘did it all for love’, and we know that it is the most powerful emotion of all.

You can watch the exclusive interview with Bruno below